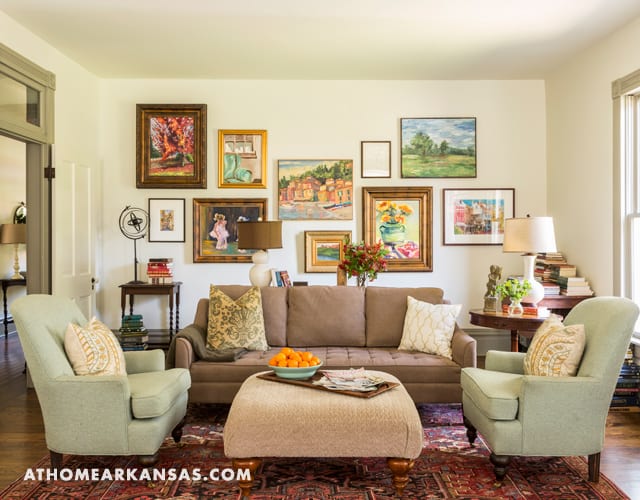 What do portrait photography and home building have in common? A lot, according to Lance Johnston, who engages in both pursuits with a spirit of passion and innovation. He, his wife Melissa, and their daughters Mary Dean (15) and Anne Ryan (13) live in a 1907 Queen Anne farmhouse right in the heart of Conway that Johnston has transformed into a timeless treasure. As a licensed contractor with a new building business called Reform Design + Build—a partnership with his friend Michael Harrison—Johnston sees the connections between his two professions clearly: “The philosophy behind the design + build business is exactly the same as the photography business—to create new-classic work that people will enjoy for generations.” 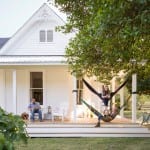 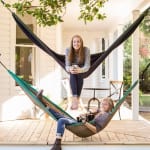 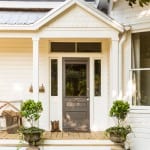 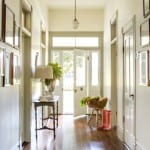 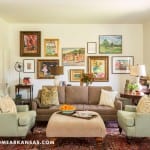 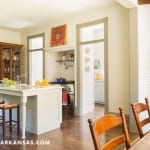 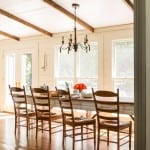 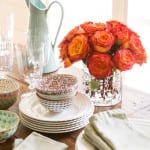 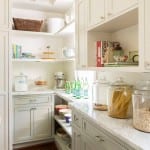 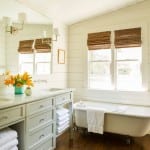 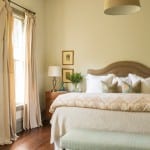 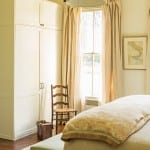 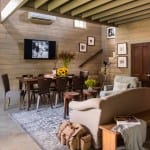 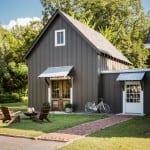 Back in Time
The family relocated to the historic home, after living for 13 years in a dwelling the couple designed and built in west Conway and which they believed at the time would be their “forever home.” “We moved back into town as a lifestyle choice, more than anything,” Johnston says; “Our life is all in this area. We went from being 20 minutes away from everywhere to never going more than five minutes away for most everything we do. It’s a different lifestyle living downtown.” Initially, the couple had every intention of buying a downtown lot and erecting a new home with classic appeal. That was the plan, that is, until they had a first look inside this historic house; “We knew we couldn’t build a new house with this much character, even if money were no object,” Johnston says.

Albert Lachowsky, an immigrant from Germany, built the farmhouse in 1907, and his family lived in the home for one hundred five years, until his daughter Agnes, the last living resident, passed away in 2012; that makes the Johnstons only the second owners of the property. “We saw these hundred-year-old hardwood floors and all of the other details this house has, and we knew we couldn’t recreate that feeling,” Johnston says. All of the original window and door locks were still intact, as well as the original window glass. The doorbell, which still works, is also original, and the claw-foot bathtub was relocated from the home’s only existing bathroom into the Johnstons’s new master bath addition. After purchasing the home, they embarked on a conscientious renovation that would preserve the house’s charm yet accommodate their space needs and provide the comforts of a modern home.

A Graceful Evolution
The most integral change the Johnstons made was to open up the home’s three, small, primary living areas to combine them into a single space that is now a continuous kitchen and living room. Johnston describes his goal of creating a design that could offer the practicality of an open-plan house, without sacrificing authenticity to the home’s character: “Dinner time is such a big part of our day. We wanted to be able to eat and visit and cook—to be in the living room and the kitchen and still be together.” However, it was a priority of Johnston’s to keep the look very traditional, even as he removed the adjoining walls. The former kitchen is now a wraparound pantry/butler’s pantry/laundry room that also houses the refrigerator. “Not having any kitchen cabinets in our living space makes it feel more like the kitchen is in the living room—rather than feeling like the living room is in the kitchen,” Johnston says. He also enclosed an existing back porch and converted it into a long, narrow dining room. A 12-foot cased opening between the kitchen and “dining porch,” in addition to a short step down, defines the zones. “Sure, we could have taken all the walls out, but even just having these suggestions of rooms helps divide the space and maintain the look of an older home,” he notes.

Waste Not, Want Not
Though the Johnstons added (through additions and enclosures) 1,400 square feet to the original 1,600 square-foot footprint of the home, paring down possessions and streamlining the design was a necessity, when moving from their former home, which was 4,500 square feet. “In that house, we had four rooms we never went in. That bothered me. One of my favorite things about this house is that there is not a single room or, for that matter, a single square inch of this house that we don’t use every day—no wasted space anywhere. That feels responsible to me,” Johnston says. In addition to the master bath and dining room, a large studio with an office loft was annexed to the house; it serves as a home base for Johnston’s portrait photography business. A generous, enclosed breezeway also provides closet storage, of which the home originally had very little.

Other responsible measures—including cutting-edge insulation, LED lights, and a tankless water heater—reduce the home’s environmental impact, though Johnston says he doesn’t like to be pigeonholed as a “green” builder. “I prefer to think of it as sensible-green, more than anything,” he says. “The greenest thing you can do is just use the stuff you have. I’m amazed at how many of the materials we’ve used are recycled from the house itself or from architectural salvage yards.”

What’s clear is that the family’s love for their new, old home is closely tied to the design ethic that led them to make the choices they’ve made in its renovation. Johnston reflects: “It’s really that balance between a timeless and classic aesthetic and the way we live our lives that has driven every design decision we’ve made.”