As the saying goes, “A picture is worth a thousand words.” When Lorraine and John Owens set out to build their dream home in Rockwater Village, a Southern Living Inspired Community situated on the banks of the Arkansas River, they had more than one picture to share with their architect, contractor, and designer. In fact, they had an entire house they planned to use as their inspiration for the project. “We were looking at Houzz.com and found a beach house on Balboa Island in California that we loved,” John says of the house that served as a guide for their own residence.

The couple, who moved from a West Little Rock home, decided to build in Rockwater after John was named President of the North Little Rock Chamber of Commerce. “We really fell in love with the community—from the beauty of the water to the bike trails and nearby railroad bridge, and just the fact that we would be within walking distance to both Argenta and downtown Little Rock,” he says. To properly take in all of these elements, especially the sweeping view of the Arkansas River vista, the couple thought the framework of a beach house seemed like a natural choice to maximize the landscape and location. 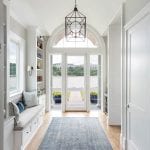 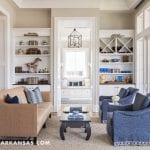 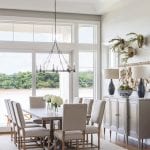 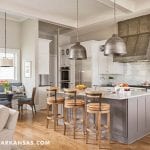 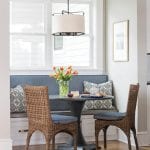 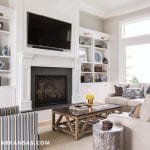 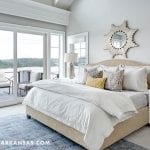 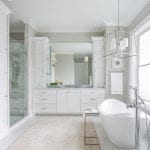 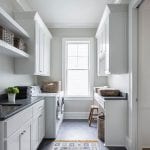 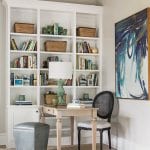 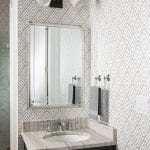 However, while the Owens had numerous images of the inspirational home, they lacked floor plans and elevations. As contractor Jon Callahan and architect Wayne Hardy began to pore over the images, they created a version of the house that fit both the lot and the Owens’ lifestyle. “I worked with Wayne very closely. He would take the images and then size the footprint of the house to fit this application,” Callahan says. “From there, I would go back to the pictures and figure out the elevations. It was a puzzle and my mind would race with each room trying to recreate the same vision the Owens had seen,” he adds.

As plans began to come together, Callahan, who has built three other homes in Rockwater Village, recommended the Owens give interior designer Krista Lewis a call to help them achieve the vision they desired when it came to furnishings and finishes. “John and I seemed to agree on the style we wanted when we looked at homes,” Lorriane says. “We both wanted something transitional. I like touches of traditional but also the clean lines and openness of contemporary-style homes,” she says. Lewis ran with this direction starting with the palette. “They wanted gray throughout the home, so all of the walls are painted one color: Sherwin-Williams’ Repose Gray,” the designer says of the cohesive neutral canvas. To add a traditional air, Lewis accented the gray with blue and white furnishings—a pairing that also complements the environment seen just outside the home’s numerous windows. “The main color scheme throughout is blue and white, but Lorraine also really wanted color, so we added pops throughout the house,” Lewis notes. These pops show up in both small and large ways: the chartreuse pillow in master bedroom, the artwork and lamp in her office, and the spines of the books in the office, den, and entry. “I’m a color person—more so than my husband—and Krista gave me that, too. To me, brighter colors get my creative juices flowing, while the light blue is soothing and calming,” Lorraine notes.

Downstairs, all of the communal spaces—the den, kitchen, breakfast nook, dining room, and living room—are joined together. Expansive windows that border the dining and living rooms direct the focus to the walking trail, marina, and waterfront that lie just outside the home’s walls. “Everything in here is on a larger scale because the ceiling is 12 feet tall to account for the windows,” Lewis says of the kitchen’s design which features oversized tiles on the backsplash and an island that is large enough for both work and dining space. “If you had used regular subway tile, there would be a million grout lines and it just wouldn’t have the same effect.” Similarly, she notes that, “the island is huge so the pendants could be huge and impactful.”

When it came to the furniture and accessories, the Owens brought special pieces from their former home to the new space, but opted for many new finds. “I helped John pare down his collection of books to display, and these are actually where the red accent comes into the design. He also had a lot of antiques, busts, and Asian pieces that we wanted to use. However, as I mentioned, the pictures they showed me were more contemporary and transitional, so I tried to figure out a way to marry all that and make it work with the home,” Lewis says. In talking with the couple, the feeling conveyed is that the end result celebrates both the view outside the windows as well as the meaningful mementos within the home’s walls.