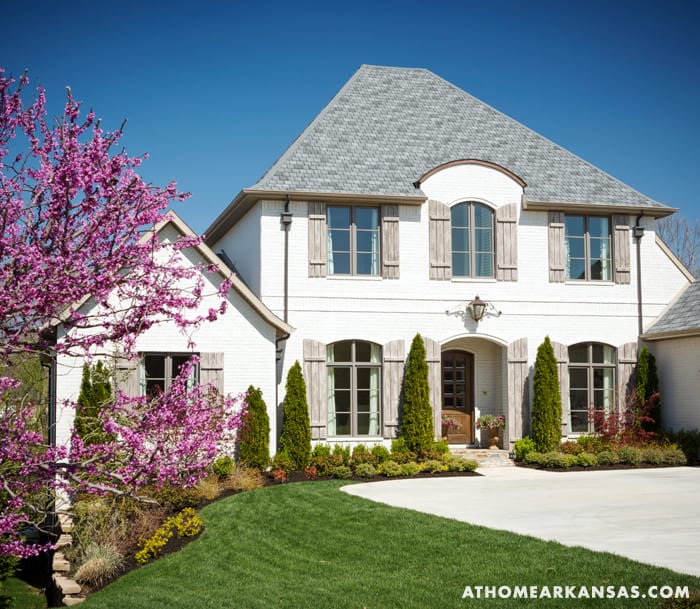 “If I can’t be at the beach every day, I want to feel like I am,” says homeowner Paige Arnold. After owning property in the popular Rosemary Beach community along Florida’s Scenic Highway 30A, Arnold fell in love with the area’s laid-back lifestyle. “It’s a very casual mix of modern and eclectic,” she says of the beachfront region’s signature style, which often features a cool palette of ocean-inspired blues and greens, slipcovered furniture, and weathered wood. “I wanted our home here in Arkansas to feel almost like you’re on a vacation—a sort of Rosemary Beach meets Fayetteville look,” she adds.

With this thought as a guiding principle, she called on her friends Kimberly Harper and Cynthia Howey Tune of Harper Howey Interiors to bring seaside style to the new-construction home she shares with her teenage son and daughter. Arnold not only counts the design team among her friends, but she has also worked with the duo on her previous homes, so the collaboration felt as natural as the style she wanted to create. “She has such a clean, simple look,” says Harper of Arnold’s personal taste.

To infuse this feel throughout the home, the team started in one of the home’s most-used spaces—the open-concept kitchen and family room. Crisp shades of white—seen on the cabinetry, Carrara marble countertops, walls, and ceiling—create the backdrop for the space and evoke an overarching feeling of calm. Casual, functional seating, including low barstools that don’t obstruct the view from the island into the family room and long, linen-covered benches at the breakfast nook’s dining table, makes the space crowd-friendly without feeling stuffy or cramped. Arnold opted to forgo window treatments to allow natural light indoors and to keep with the openness of the home’s floor plan. Lighting and accessories in the amped-up blue and green shades of turquoise and lime add color to the otherwise neutral room. 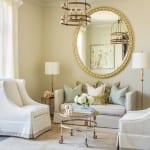 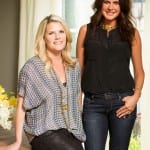 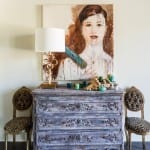 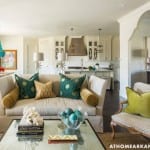 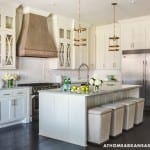 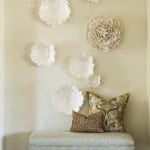 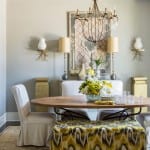 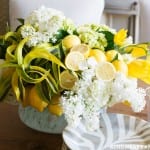 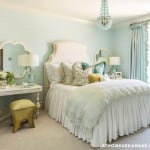 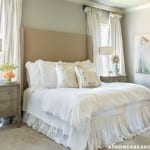 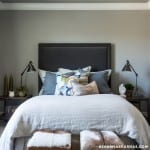 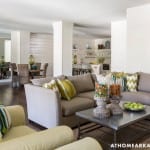 The team at Harper Howey extended the same look and feel to the home’s two teen hangout spaces. Daughter Spencer Paige has plenty of room to work on homework, read magazines, or chat with friends in her colorful common room. For a different take on the home’s palette, a deep navy trellis-patterned wallpaper by Schumacher creates an accent wall, while a bright magenta covers the ceiling and several of the room’s furnishings to add a girlish flair. A lighter blue palette, which also stemmed from a wallpaper sample the family loved, covers the girl’s bedroom. A mix of relaxed bedding, whimsical light fixtures, and feminine details finish the restful retreat.

Downstairs, the home’s basement is a favorite spot for Arnold’s son Chase to host friends. “This portion of the house was actually an afterthought,” she says of the lower level, which they decided to finish after the home’s completion. The look of the upstairs family room carries over to this space with additional beach-style design elements such as the flat-board paneling and open shelving in the small kitchen area, and vivid blues and greens used as accents throughout the room. Arnold had the bright, preppy Ping-Pong table custom built after seeing a similar version in a Rosemary Beach show house. 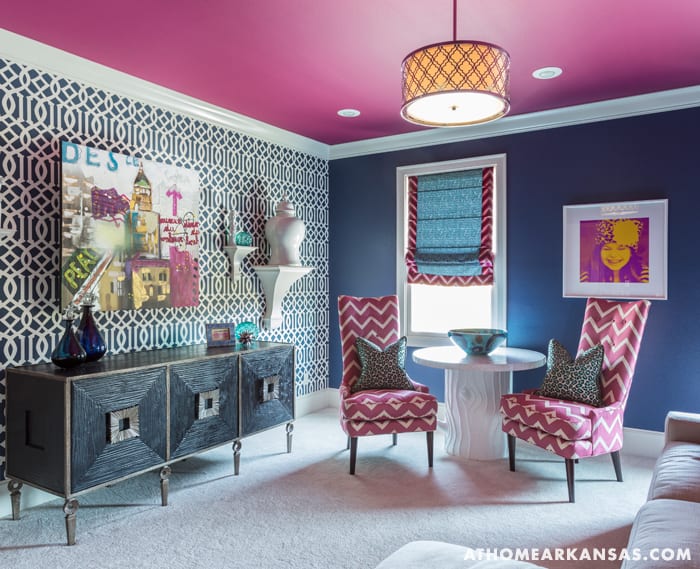 The home’s slightly more formal areas—the living room, dining room, and entry—keep within the color palette and include painted, weathered, or whimsical details to connect them with the rest of the home. For example, the dining room features a cut velvet covered bench, which echoes the style of the one seen in the breakfast nook, and the clean white backdrop is ever present throughout these rooms. Many furnishings from Arnold’s previous home found new life in the dining and living rooms as well. A loveseat and set of chairs were recovered to provide seating for four in the cozy living room, while a large mirror by Hickory Chair makes an eye-catching statement and creates the illusion of more space. Across the entry hall, an existing buffet was refreshed with a coat of gray chalk paint and a wood-and-iron table pairs with skirted slipcovered Parsons chairs for effortless elegance.

At the end of the day, whether Arnold is hosting a girl’s night in, or her children are having friends from the church youth group visit, the home is both a serene retreat and a fun-inspiring getaway for all who enter—much like a beach vacation itself.