It’s a rare occurrence when a client knows exactly what she wants—especially when the client hasn’t even graduated from high school. However, 15-year-old Tori McDuffie is not your typical teenager. “I’ve always been into fashion and design, and I think it would be cool to work in that area one day,” says McDuffie of her interest in the arts. To give her future career a jumpstart, McDuffie received a bedroom makeover with local designer Shayla Copas as a 15th birthday present from her family. 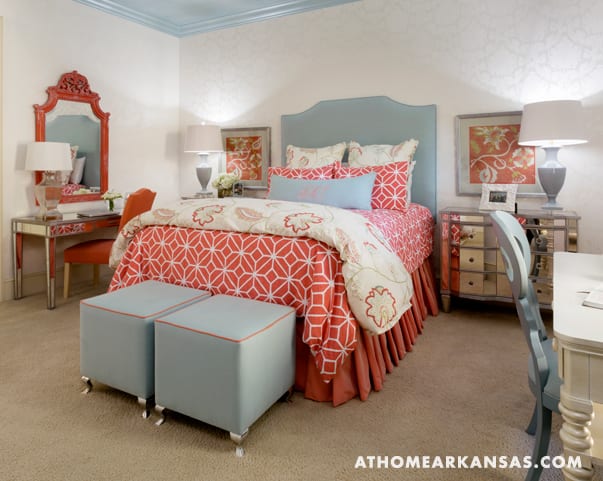 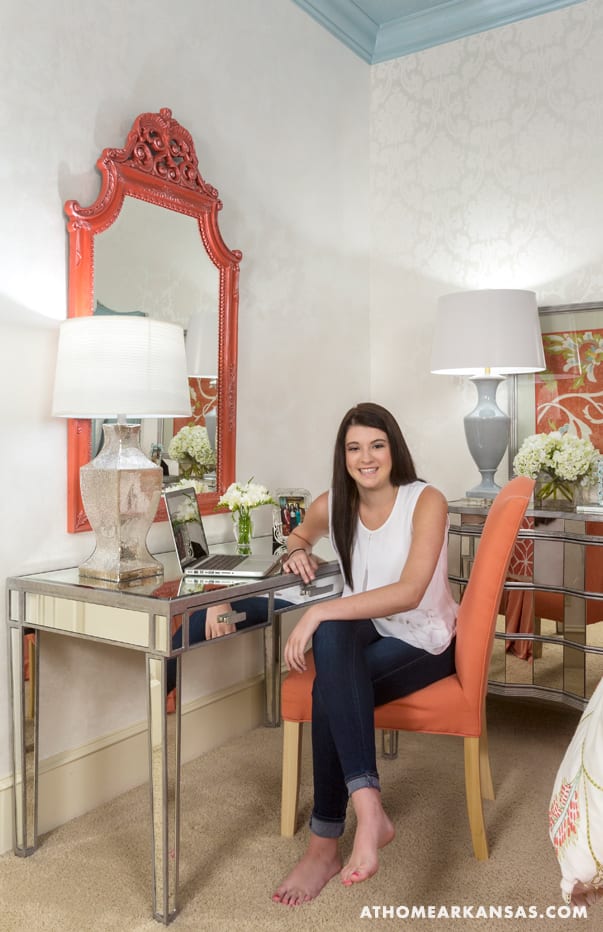 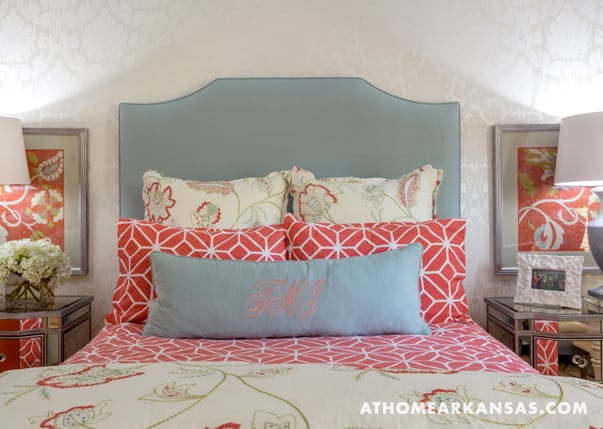 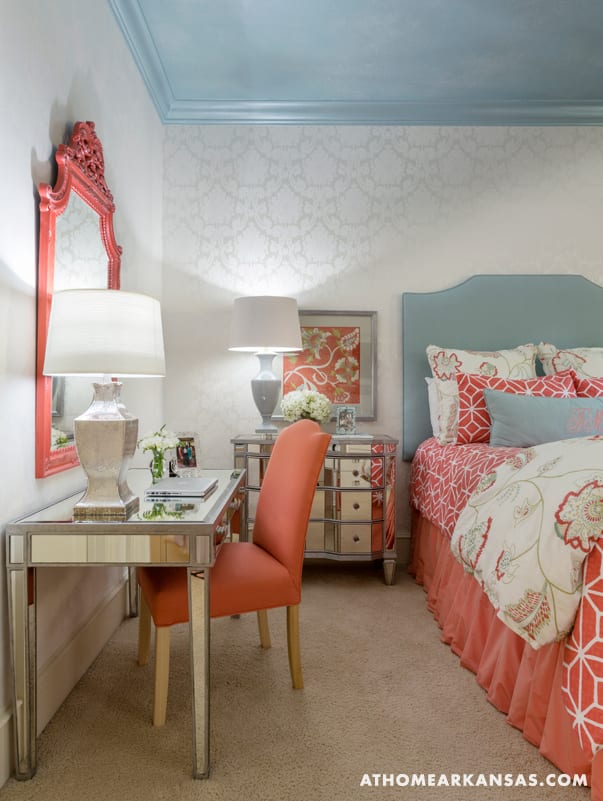 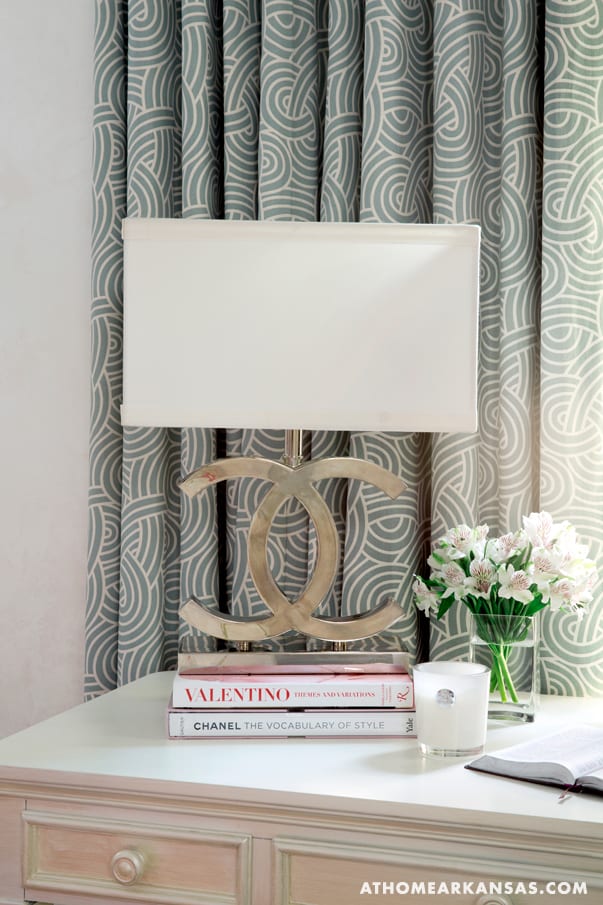 “Tori took a huge role in the project,” Copas says. “She had the color palette picked out and showed me images of things she liked for the room.” Starting with the intense powder blue and coral hues, Copas and McDuffie set to work on the room’s overall design and furnishings.

While the initial plan was to use color on the walls, Copas found a York Wallcoverings pearlized-white, textured wallpaper to use as the backdrop for the bed, thus allowing the color of the room’s furnishings to really pop. The side walls were covered in a coordinating Venetian plaster for a similar effect. Color did come into play on the room’s fifth wall; the ceiling is covered in a rich, pearlized blue with understated, pearlized white accents meant to resemble clouds.

“The first fabric we selected was the botanical on the duvet,” says Copas, who later found an almost perfectly matching pair of prints from John-Richard to hang over the bedside tables. The floral duvet mixes with a graphic-print Trina Turk coverlet and shams to add a fun, teen-like feel to the sophisticated space. A similar approach was taken with the drapery panels, where a contemporary Robert Allen fabric in a coordinating shade of blue adds a trendy touch. Mirrored furniture brings the high-style element to the space, and those pieces will last for years to come as McDuffie moves on to college and her taste evolves. A custom-made—in both size and fabric—headboard anchors the room and ties in with the color of the ceiling.

As a nod to McDuffie’s love of fashion, Copas found a Chanel logo-inspired lamp at Cantrell Furniture Design Center. The piece sits atop books about Valentino and Chanel, intended to inspire McDuffie to keep pursuing her dreams. To give the room a final touch of girlish personalization, Copas had an accent pillow for the bed embroidered with McDuffie’s monogram.