You know that scene in “Gone with the Wind”? When Scarlett O’Hara tears down her window draperies to create that gorgeous deep green velvet gown? Well, here’s a modern-day equivalent of high fashion and home decor successfully colliding: Oscar de la Renta’s new line of fabrics from Lee Jofa.

â€œWe wanted to create a collection that reflected the sensibility of Oscarâ€™s clothes,â€ says Miles Redd, creative director of Oscar de la Renta Home. â€œAll of the things one loves about Oscar de la Renta: the color, the embroideries, the texturesâ€“each signature is translated with practicality for the home.â€ 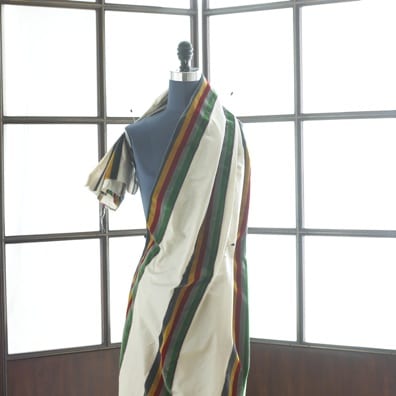 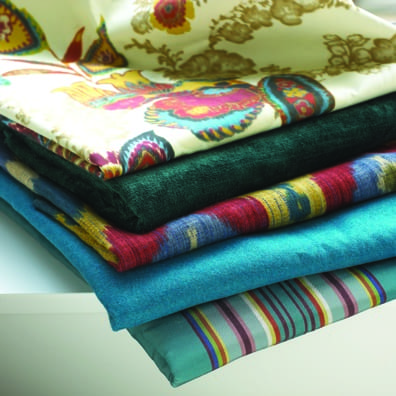 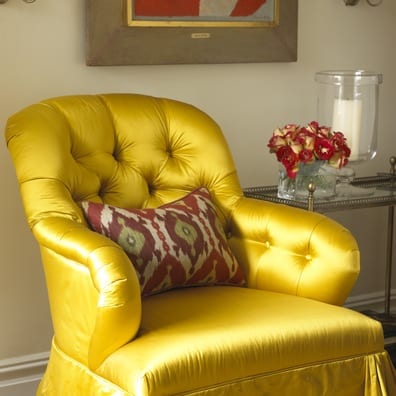 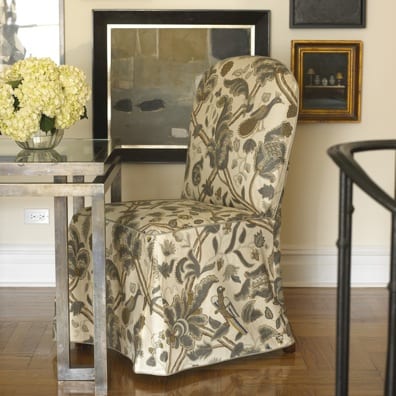 We’re so excited about our newest guest blogger! Fashionista-turned-interior designer Meridith Hamilton will be offering up a monthly dose of style in her new guest blog column. Take it away, Meridith! 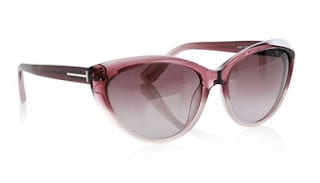 Â ….or the fact that I am catching up on past seasons of Mad Men (thank you, Netflix)… 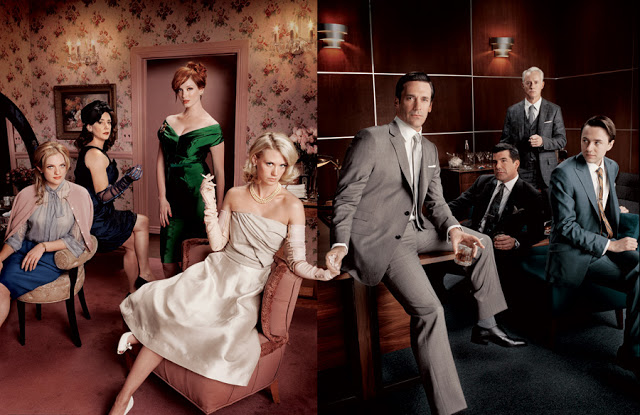 …but I am all of a sudden inspired by anything Mid-Century Modern. Â Whether it be fashion or interior design, I am loving this particular era as well as the clean lines, classic appeal and simplistic form that goes along with it.

One of my favorite things about the 1960’s era in which Mad Men is set is that the design was simple and the colors were bold. Â This was a time when “Modern” was still fresh and new, but a little more progressed than its early years. Â Therefore, some of my recent fashion and furnishing finds have obviously been influenced by the Mad Men era. 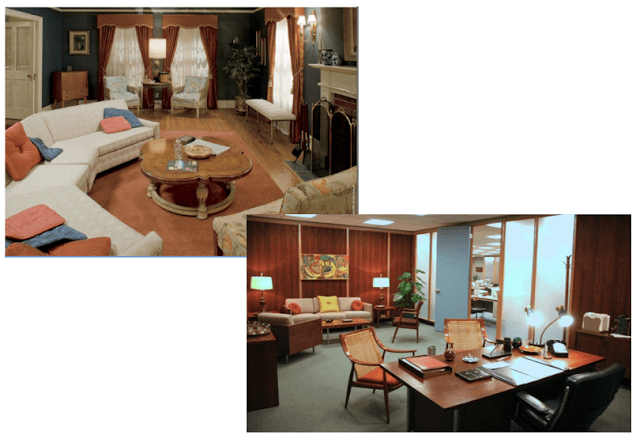 Just in case you don’t know – the star of the show is the dashing Don Draper. Â While Draper’s home (this is a photo of the space before his wife, Betty, hired a designer in a later season) was a mix of styles, the angular sectional and throw pillows are quintessential of the era. Â Draper’s office from Sterling Cooper, however, is a beautiful example of early Mid-Century Modern.

Check out some current installations that pay homage to this era… 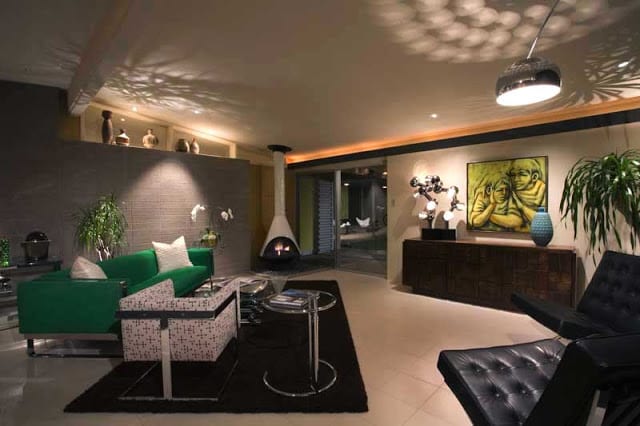 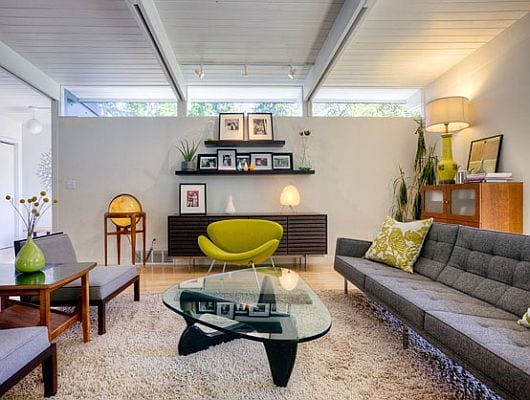 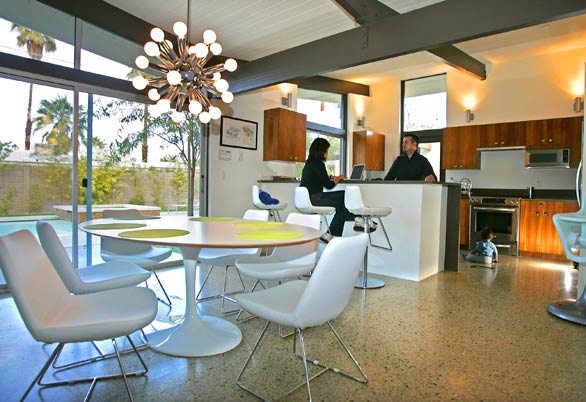 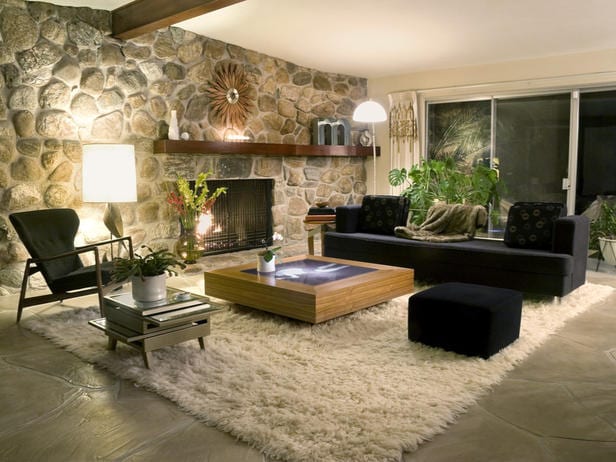 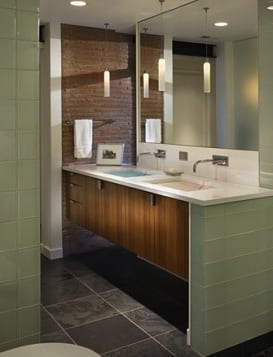 Now, for the fashion: 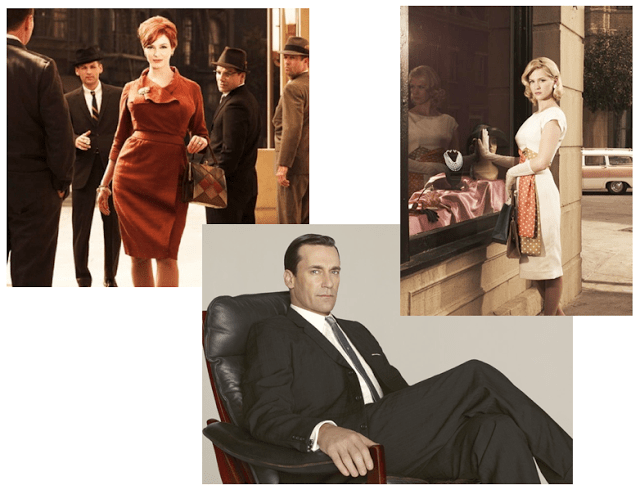 The fashion of the era was stunning and extremely similar to the interiors – simple designs that hinted at the structure beneath and bold color. Â Women were seen with bold patterned accessories and modest hemlines. Â Men donned sleek tailored jackets and narrow lapels with skinny ties thanks to the Italian influence.

Here are a few of today’s inspired pieces…Â Â 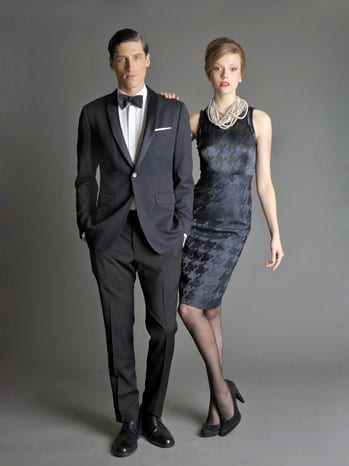 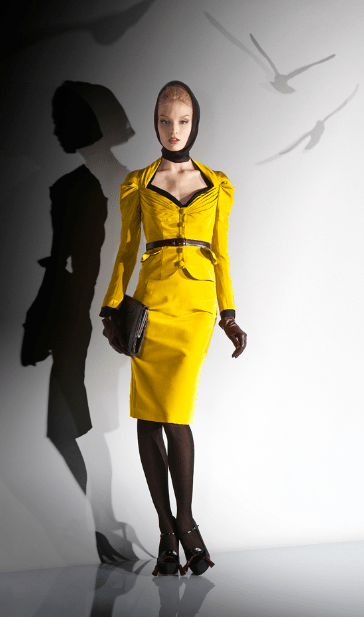 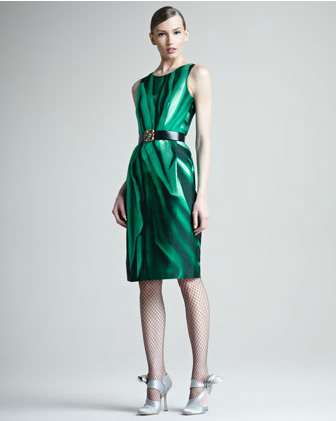 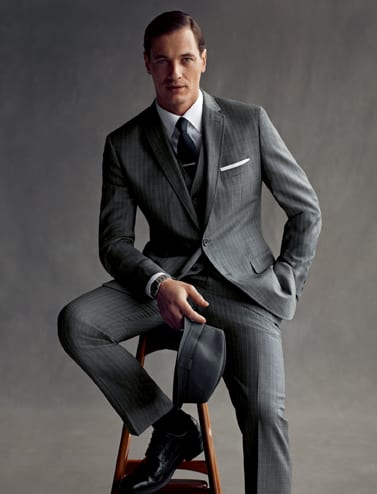 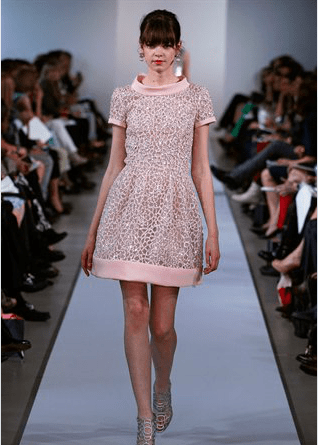 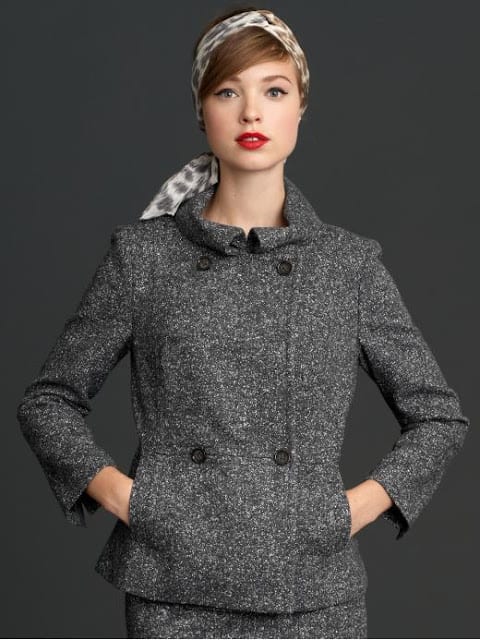 Disclaimer: As with all things Mad Men, the scotch in one hand and cigarette in the other are optional.