Subscribe Today
Home / Blog / Outside the Box with D. Keeley / outside the box with daniel keeley: front yard flair

Well it has been a busy month at DK Design and at the Live Outside the Box House! Fall is finally here, and we have been running around doing all sorts of decorating for the season. This is perhaps my favorite time of year, so I couldn’t help but add a little fall flair to my own home’s front entry and garden to celebrate. After all, this is my first autumn in the house, and I want to make it memorable. 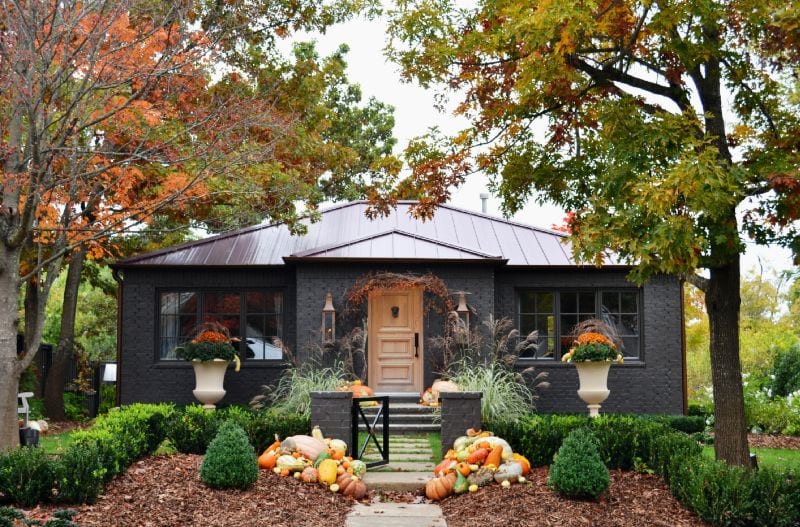 In case you would like to perform a little makeover of your own just in time for the Thanksgiving holiday, here is a quick rundown of the various aspects of the decor.

As you might expect, I started at the front door…and the two giant urns I have on either side of the entry. 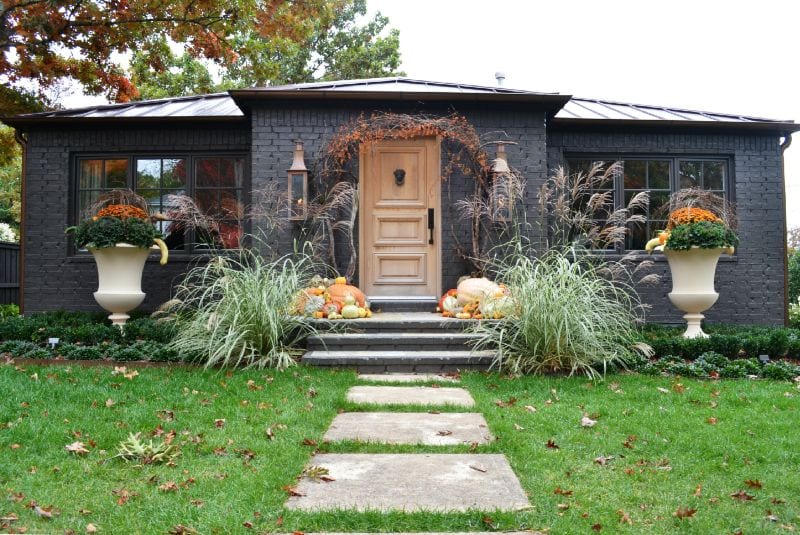 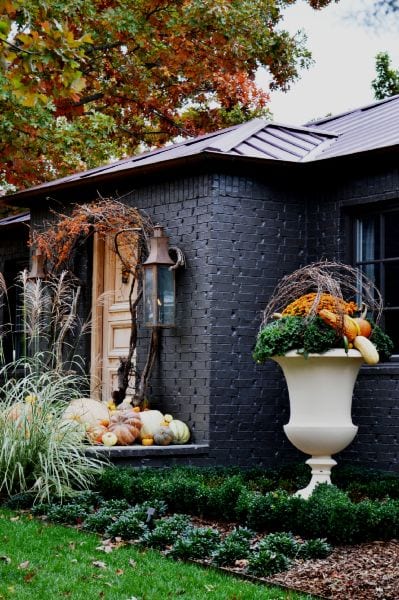 I have always planned on filling the urns with fun, rotating seasonal diplays, so I was eager to remove the summer’s flowers and create something new. 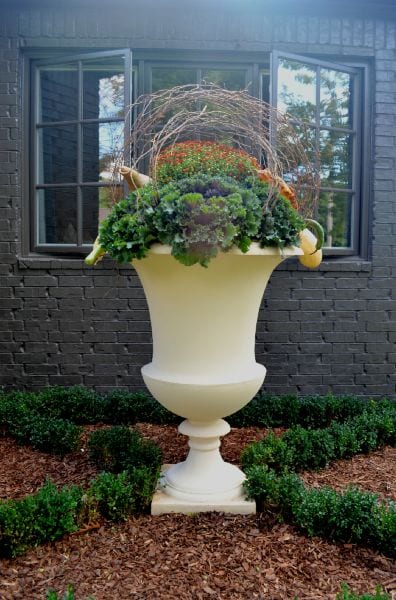 I started by planting large Chrysanthemums in the center of the urns. I selected a burnt orange variety that looks great against the dark paint color of the house. I also chose mums whose buds were just beginning to open. This way, I knew I would get as much bloom time as possible, and they have lasted at least a month already. 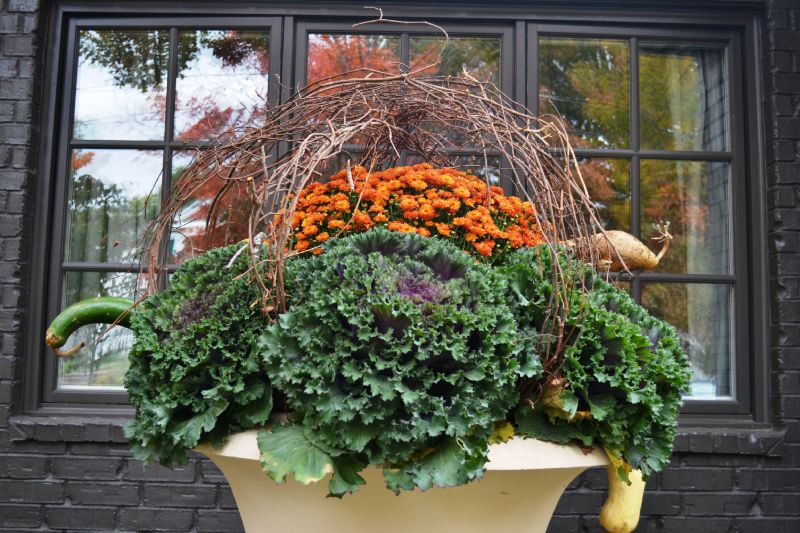 Next, I added a trio of huge ornamental cabbages to the front and back of each urn. Cabbages like these are just wonderful for adding texture and subtle leaf color to any fall planting. 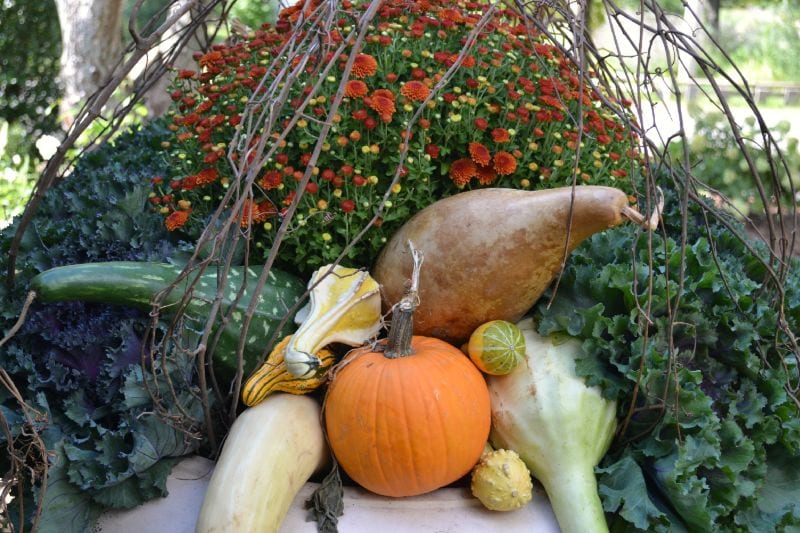 On either side of the urns I placed piles of pumpkins and gourds of all shapes and sizes. These little ‘cornucopia’ areas bring in the whole notion of the season’s bounty and are another burst of color. To be honest, I can not believe they have stayed in the urns this long. They were harder to install than I expected and are rather precarious. I was a little worried a stiff breeze might send them toppling out, but they have survived!

For a final, unexpected touch I built a spherical cage of grape vine around each arrangement. I just thought it would be something different and exciting, and it also gives the arrangements a larger, fuller overall appearance. 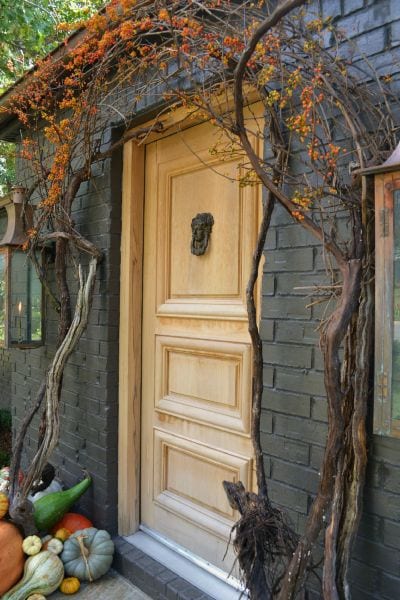 At the front door itself, I began by placing some large grape vines on either side of the door. These are full size vines I got from my friends at one of the wineries in Altus, AR. They were being removed to make way for younger vines, so I grabbed a few. They make a great sculptural statement and even took on a spooky air during the festivites on Halloween night!

To these large vines, I added smaller vines to create an archway over the door. I did this by dismantling grape vine wreaths from the craft store and breaking them at the lengths I needed. 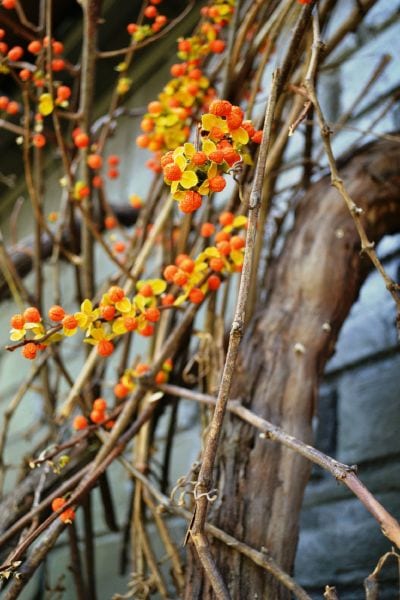 The arch of vines is the perfect framework for the next step, which was adding fresh branches of bittersweet. These brightly colored berries are a common sight this time of year and are perfect for livening up any fall display. 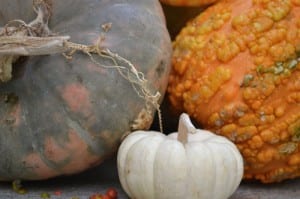 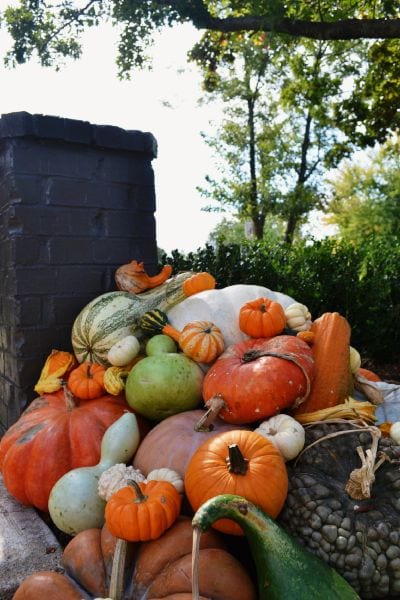 In addition to the front door, I also piled the pumpkins, squashes and gourds at the gate to the front garden, as well as around two benches that anchor either end of the front lawn. 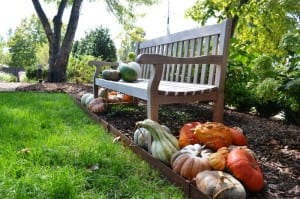 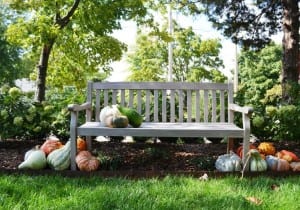 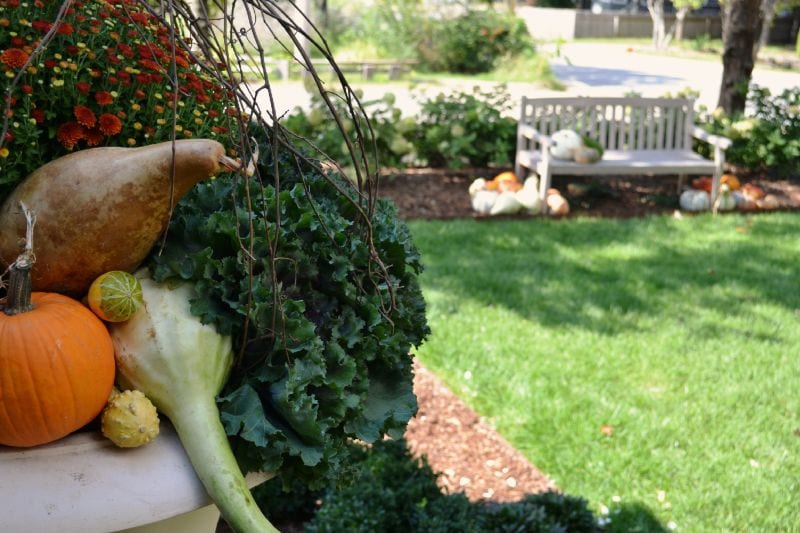 All in all it has been a blast decorating the front garden, and it has really encouraged me to use this outdoor room. More than once, friends and I have gathered here around a small, portable firepit and enjoyed the crisp fall evenings…just one more thing to be thankful for this month!