Hillcrest residents as well as locals who frequent the Little Rock shopping and dining district have likely wondered about recent work to the Saul Harris Building, which sits at the corner of Kavanaugh Boulevard and North Spruce Street behind Leo’s Greek Castle. While River City Coffee has operated uninterrupted on the east end of the building for months, four recently vacated suites (three previously home to now-closed boutique Haus Werk and one formerly home to Engel & Völkers, which has relocated down the street) have undergone extensive renovations to prepare for new tenants. In revitalizing the historic building,owner Daniel Bryant has dubbed it “The Duke” after William Marmaduke Kavanaugh, eponym of the boulevard that runs through the neighborhood. 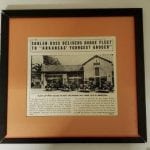 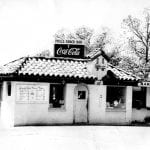 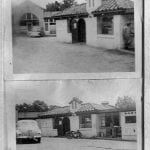 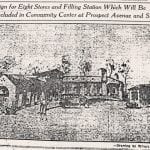 The Duke’s four new occupants include O’Dea Studios, an office and design studio for interior designer Marianna O’Dea; Bloom Salon, a chic hair salon operated by Maygie Stallings; Dandelion, a store that bills itself as a “contemporary garden and home shop;” and Woof Happy Tails, a dog grooming service with another location in west Little Rock.

“In addition to wanting to return the building to its original look, I wanted to break it back up into smaller spaces so they would be appropriate for smaller businesses. They are all very different, women-owned businesses that I’m confident will help keep Hillcrest vibrant and interesting,” Bryant says, noting Wes Martin with The Hathaway Group was instrumental in helping secure tenants he felt embodied the spirit of Hillcrest while architect Tim Heiple, whose office is located in The Duke’s downstairs, has been vital to the renovation process. Bryant has invested in other Hillcrest properties, such as the building that’s home to Rhea Drug, the Fountain, and Cañon Grill, as well as the restaurant Hill Station—a new build with a historic look that opened in 2020. “I’ve lived in Hillcrest for almost 20 years. We have three boys, Harry, George, and Tim, and I plan to leave the neighborhood better than I found it for them, if I can,” he says.

This story originally appeared in the May 2021 issue of At Home in Arkansas. Historic images courtesy of Daniel Bryant.