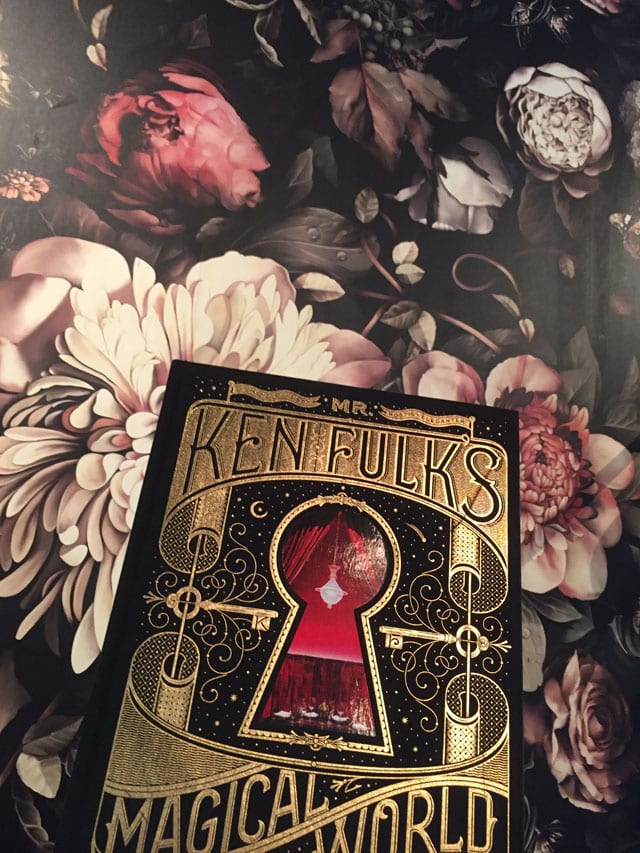 It would make sense that I found this uniquely whimsical book, bound with a gold stamped cover and gilded pages, at Tanarah Luxe Floral. They had even recently hosted a grand opening party for their new location that I’m sure would have been Ken Fulk approved!

Mr. Fulk states that “life has always had a cinematic quality.” He approaches his projects as if they were movies, imagining the characters, the smells, the soundtrack. When he presents the completed job to the client, he treats it like the movie premiere, or what he calls “The Reveal.” We are lucky enough that he has given us a glimpse of the screenplay, Mr. Ken Fulk’s Magical World. 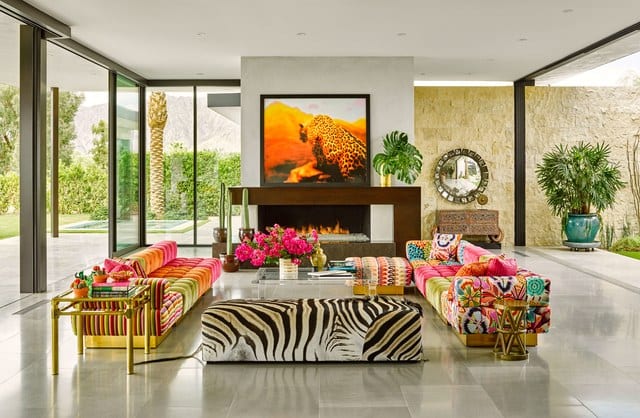 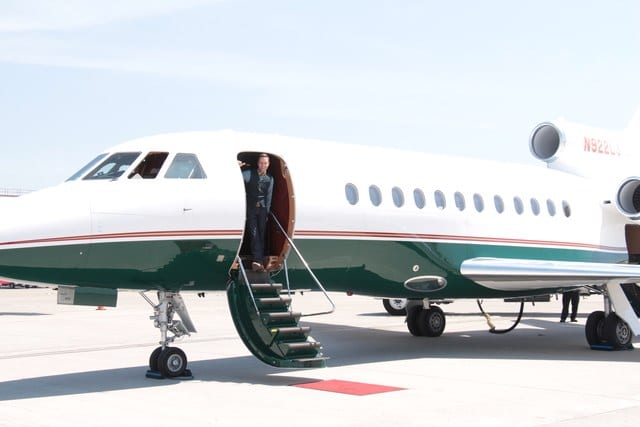 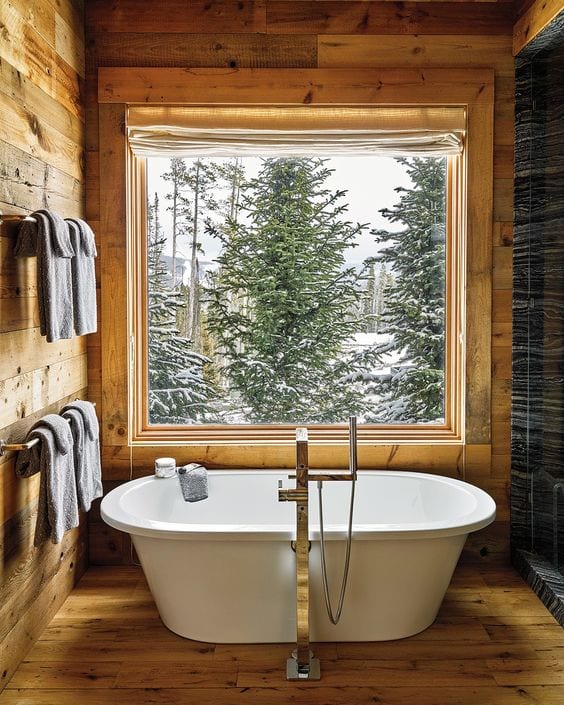 Next week I will be attending a workroom conference, and one of the classes I signed up for was Bed Canopies. Once the schedule was released, I jumped at the opportunity to take the course taught by Tracy Windley (of Sew Elegant in Searcy, AR). I have always been attracted to the countless ways of framing a bed. While similar to a window treatment, it screams for more attention. Ken Fulk features several of these bedroom focal points in Magical World. 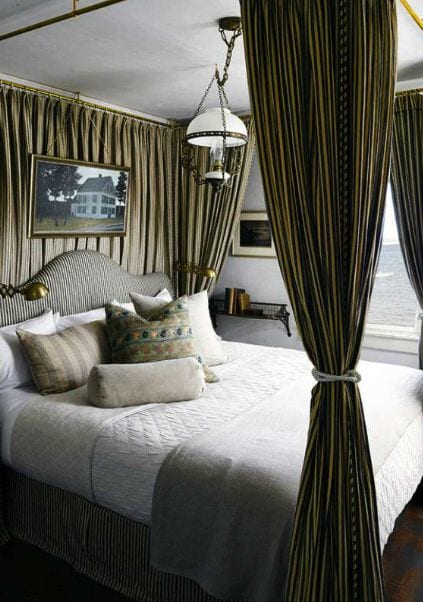 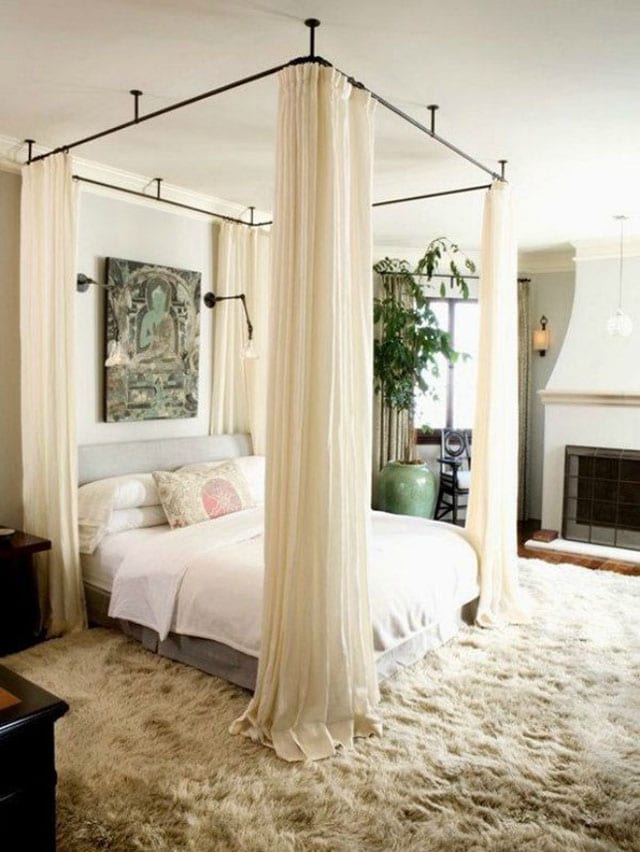 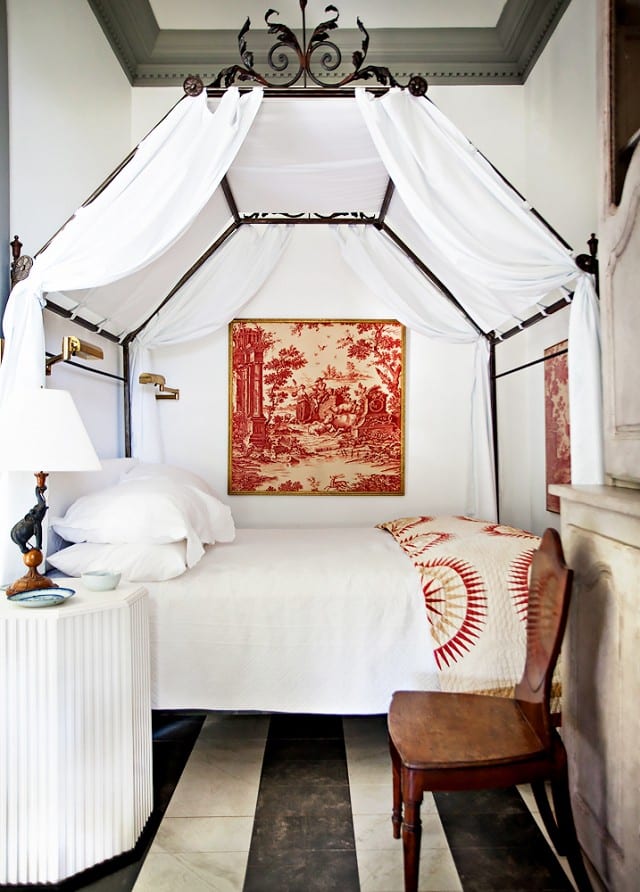 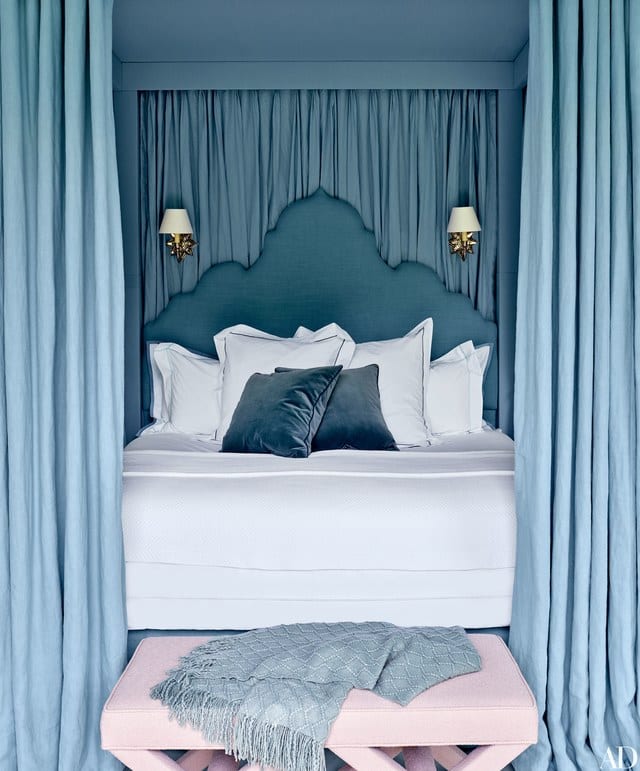 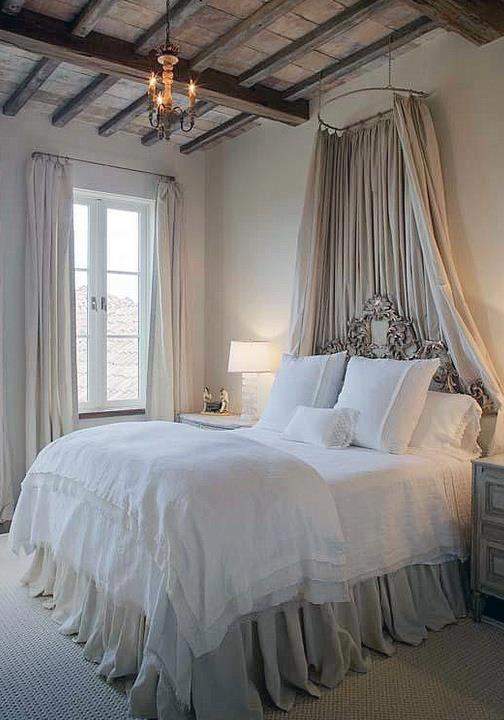 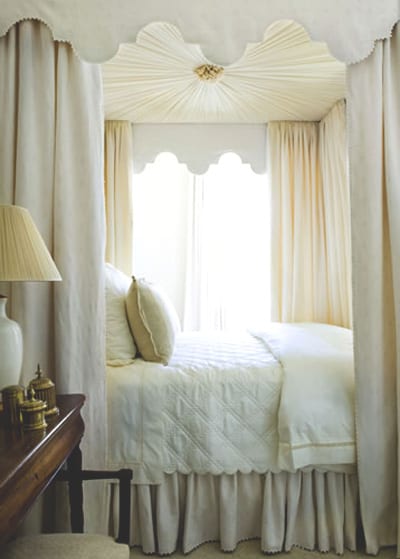 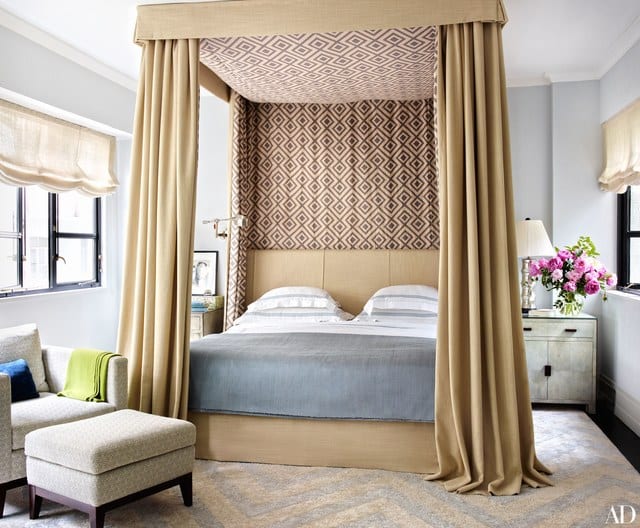 Throughout the book it is apparent how much Ken’s dogs mean to him and Kurt, his husband of 25 years. One of the first images in the book showcases a large painting of their three Golden Retrievers. He named his Napa Valley ranch after his first Golden Retriever, Durham. At that same ranch he designed his pool specifically for his pups, which features a bench running the full length.

I would feel as though I was doing Mr. Fulk a disservice if I wrote a Magical World book review and didn’t include inspiration from the pups! Enjoy! 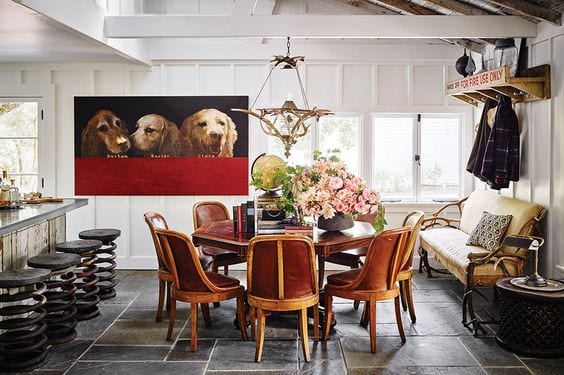 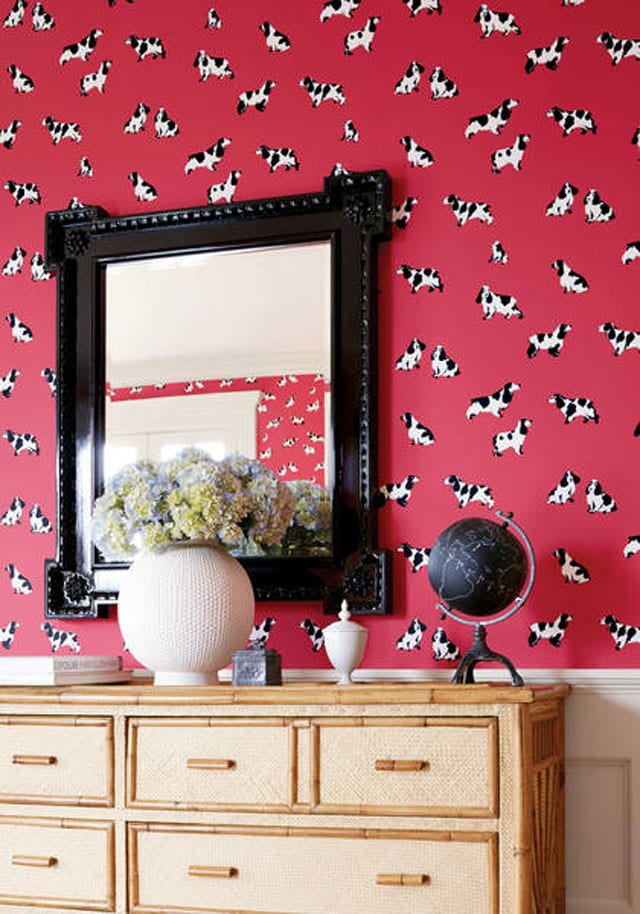 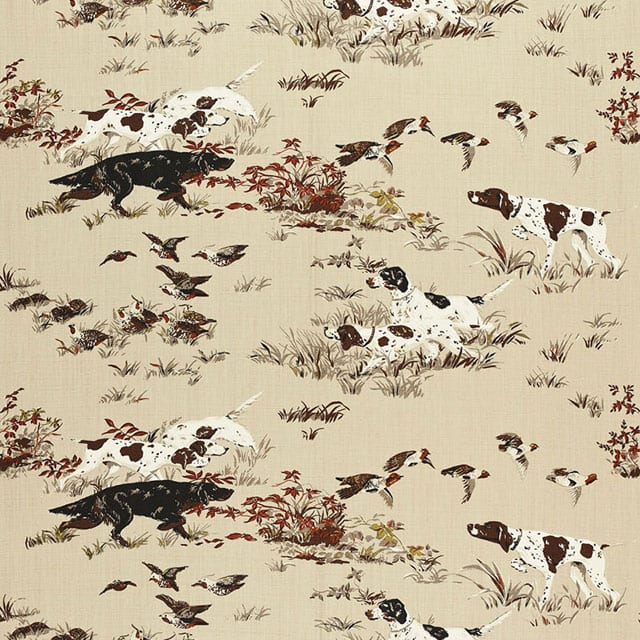 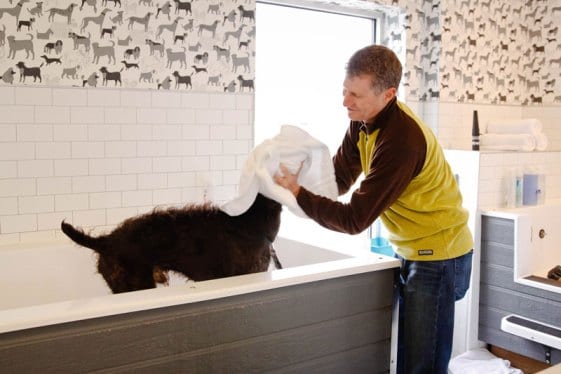 If you buy design books just for looks or just to flip through the gorgeous photos, I ask that you go a step further with this one. Many times throughout this book, I found myself mouthing the words, “No way!” or “Wow!” I could clearly see myself walking around (and enjoying!) one of his reveals or parties.

Disclaimer: Some of the party images in Chapter 5: The Flying Circus may be NSFW. Depends on who you ask…

Callie is the fabrication manager and designer at Designer Effects, a To-the-Trade fabric and wallcovering showroom in Little Rock.  She is the curator of @fdworkrooms, an Instagram account where she showcases the work of fellow drapery and upholstery workrooms across the world. She enjoys baking and has been in love with Harrison Ford since she was 10. 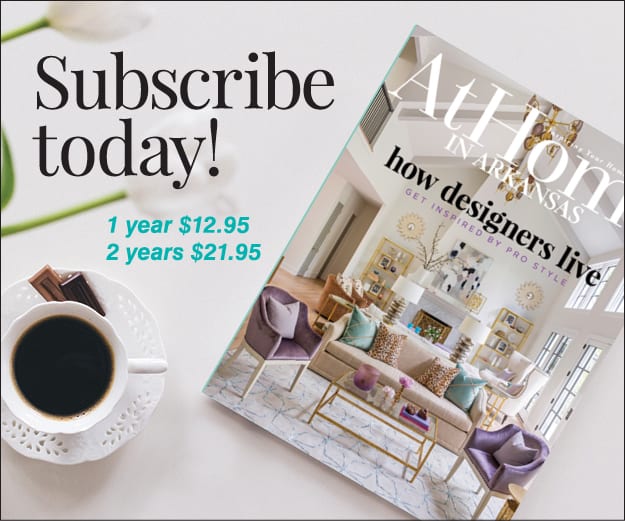