Drive-up appeal has a dual meaning for a waterfront home, as visitors can approach not only by car but also by boat. Designing a house that offers an enticing exterior from both vantage points can be a challenge, which is what architect Chip Chambers faced when he and his wife, Susan, decided to build a new home on Lake Windsor in Bella Vista.

“We decided early on that we wanted the front of the house to face the lake and take advantage of the view,” says Chambers, “but we wanted to create an attractive entry from the street to the house as well.” 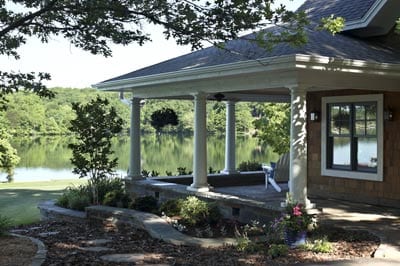 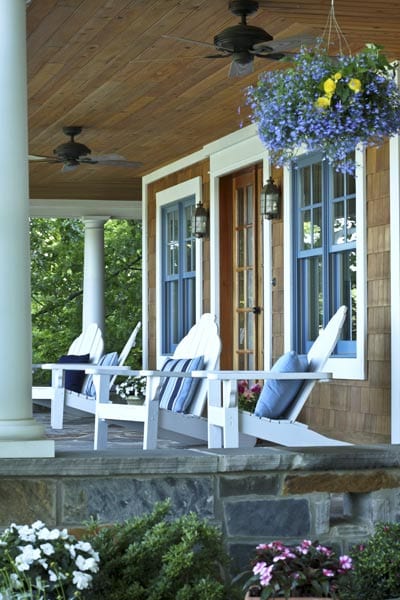 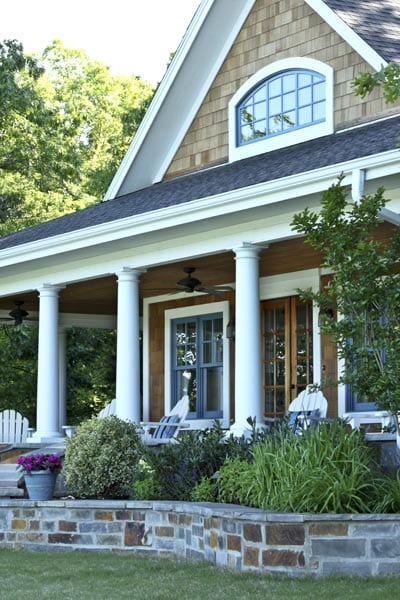 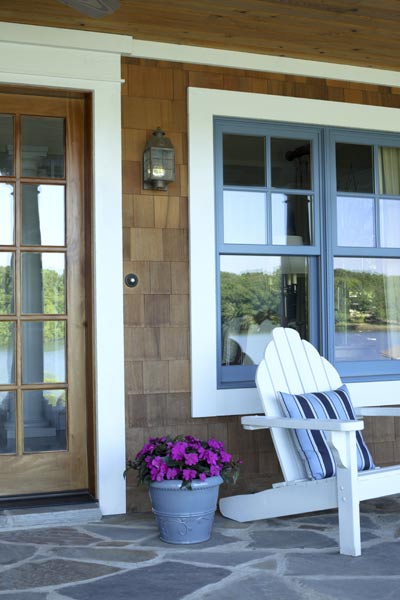 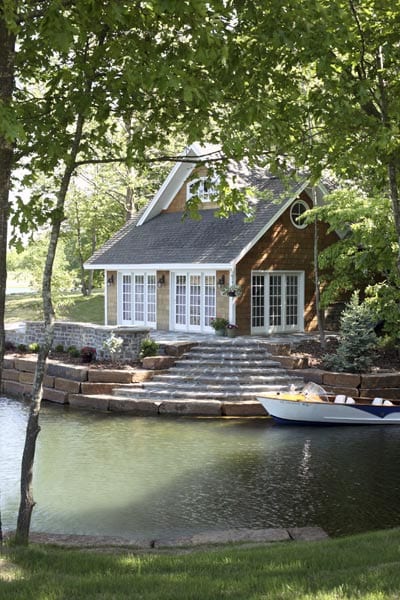 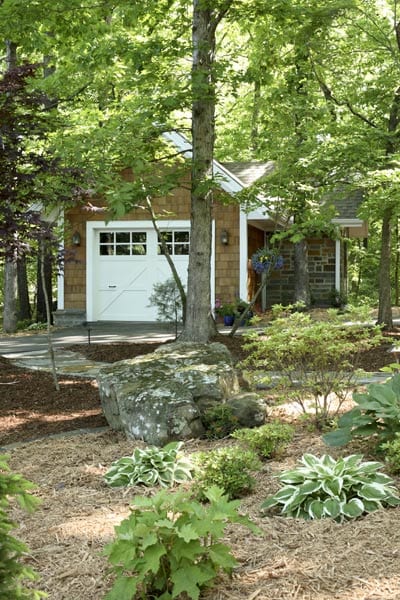 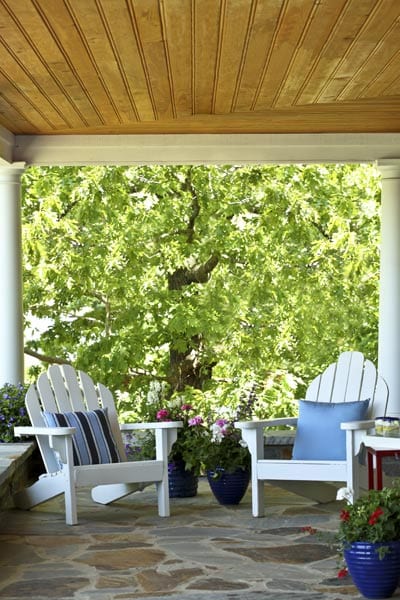 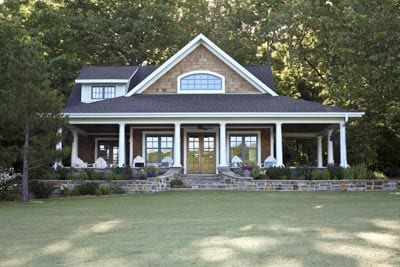 The couple had settled on a 1-½ story Cape Cod-inspired cottage as their style of choice, a look that Chambers calls “as classic and enduring as a great pair of khaki pants.” Since the house would face west, he designed a deep front porch to screen the afternoon sun, and realized that by wrapping it around the sides of the house he could create sheltered entrances for guests arriving from any direction. “That porch became the most endearing element of the design,” Chambers says, a place to not only greet family and friends but also a gathering spot to enjoy the views of the lake.

Instead of placing the driveway in front of the house and interrupting those views, Chambers and his business partner, Brian Soule’ of Chambers & Soule’ Design Builders, created a circular driveway that winds through the wooded lot and culminates alongside the porch. Rather than add a garage directly on to the house, they built a detached one nearby, a choice that Chambers says helped to keep the home from feeling too large and allowed more trees to remain undisturbed. They took a similar approach in designing a boathouse, using the foundation of an old picnic structure on the site as a starting point.

In classic Cape Cod style, Chambers and Soule clad the exteriors of all three buildings in shingle lap siding, and followed with tongue and groove cypress for the porch ceiling, cedar for the trim, and Smokey Mountain bluestone for retaining walls and walkways. “Then we mixed in the blue double-hung windows,” says Chambers, “to add some color and whimsy and a more casual feel.”

Whether guests arrive by car or boat, an inviting home with a welcoming front porch now greets them.  “We were going for a classic look, the time-tested image of shelter, of home,” says Chamber. “A place that could be appreciated by any generation.”