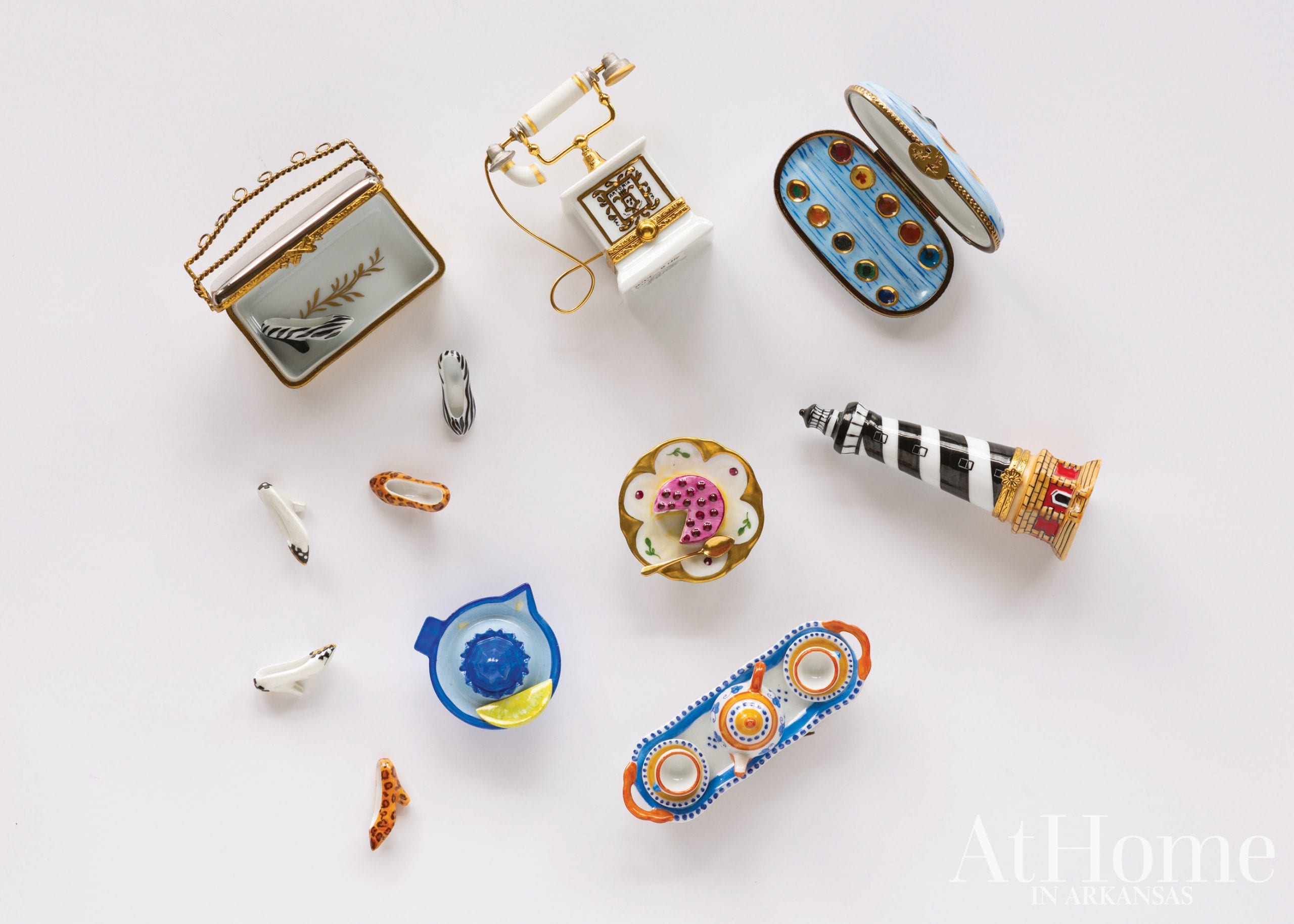 Limoges boxes are a curiosity whose intrigue has transcended time. Taking their name from the city where they (and numerous other fine porcelain pieces) were created, they were originally used by French aristocrats to carry snuff. In the latter half of the 20th century, Limoges boxes—which come in whimsical shapes such as an artist’s palette, a teacup, or a lighthouse (as shown above)—made a return when it became en vogue to use the pieces as pillboxes. The trend continues today with boxes being crafted by an array of French companies as well as vendors around the globe. Want to tell if your box is authentic to the area? Check the bottom for a stamp that reads Limoges France.

Special thanks to Fabulous Finds Antique & Decorative Mall for use of these pieces for this feature.