At an early age, a Little Rock gentleman chooses bow ties for their ease of use and ends up a lifelong devotee 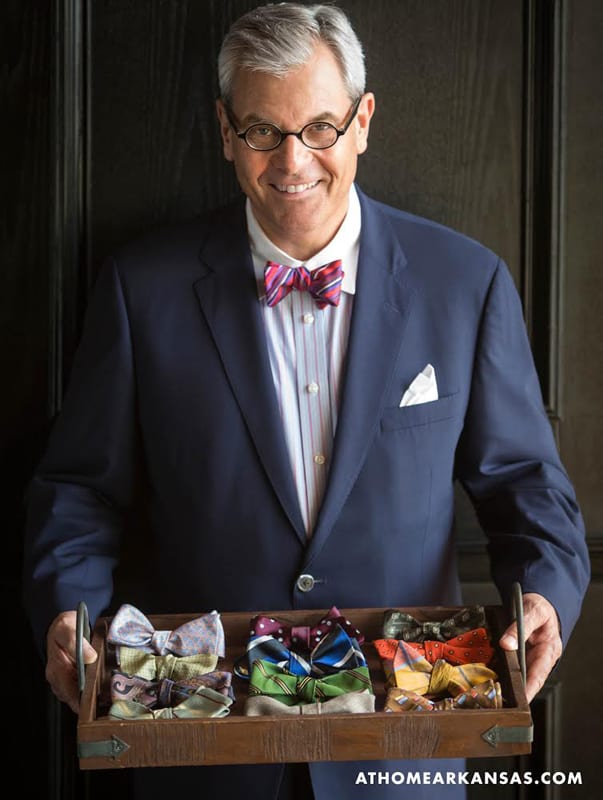 COLLECTOR Chuck Magill HOMETOWN Bettendorf, Iowa CURRENTLY RESIDES Little Rock HIS OBSESSION Bow ties HOW IT BEGAN After graduating from Tulane University, Magill says, “The South had really captured my heart.” He was “immersed in” New Orleans and decided to stay in the city to begin his career in the hotel industry. He found himself working long nights and entertaining clients well into the wee hours, and the ties he wore tended to get in the way and become cumbersome at the end of the day. As a remedy, he made the switch to bow ties for a look that was equally dapper and elegant, yet more comfortable and less likely to pick up a stain from a dinner table or an errant glass of wine. Below, he answers a few more of our questions about the collection. 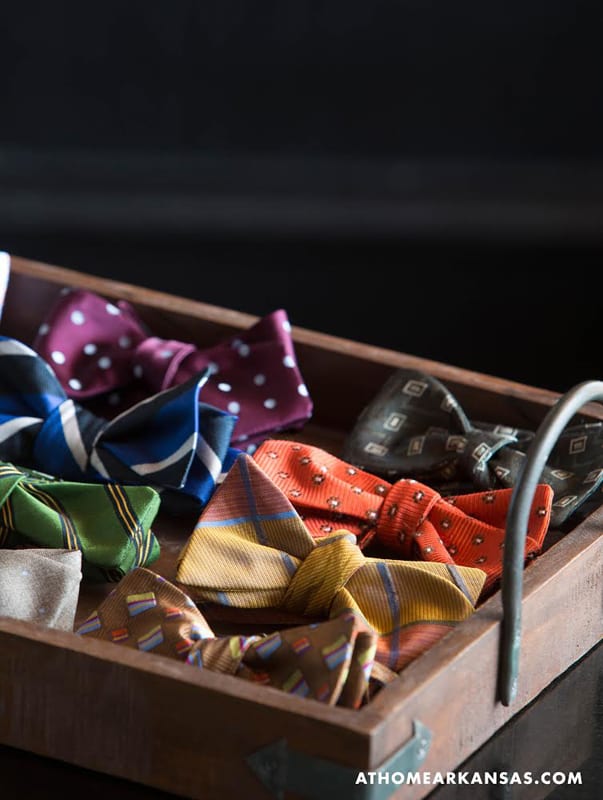 YOU GREW UP IN IOWA AND STUDIED IN NEW ORLEANS. HOW DID YOU MAKE YOUR WAY TO ARKANSAS? My wife and I fled New Orleans following Hurricane Katrina. A friend put me in touch with the Capital Hotel and I landed a position as their director of sales and marketing. The hotel had always been on my top 10 list, so it was truly providential for me to be able to come to Little Rock. It couldn’t have been a better scenario. 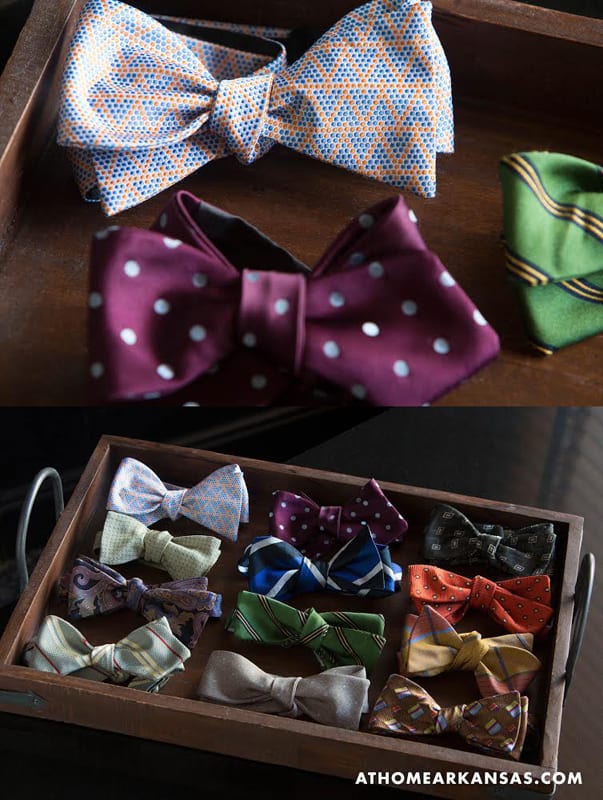 WORKING IN THIS LINE OF BUSINESS, YOU PROBABLY HAVE PLENTY OF OPPORTUNITIES TO USE YOUR COLLECTION OF BOW TIES. ARE THEY PART OF YOUR DAILY ATTIRE OR RESERVED FOR SPECIAL OCCASIONS? Normally, I will wear a bow tie three or four days a week. I have a collection of about 40 different ties—some are more suited to a summer wardrobe and some of the heavier wool ones are made for winter. I try to change it up and wear all of them at one point or another during the year—you know, pull out the ones that haven’t had a chance to be out in a while.

IS IT JUST BOW TIES YOU’RE FOND OF OR TIES IN GENERAL? I generally prefer bow ties, but I like ties as well. I’ve actually had several of my favorite ties made into bow ties. I think there’s something decidedly Southern about a bow tie. And it fits perfectly with the Capital Hotel, because we call our service “Southern Comfortable.” Bow ties just seem to add a little whimsy to our style as gentlemen.