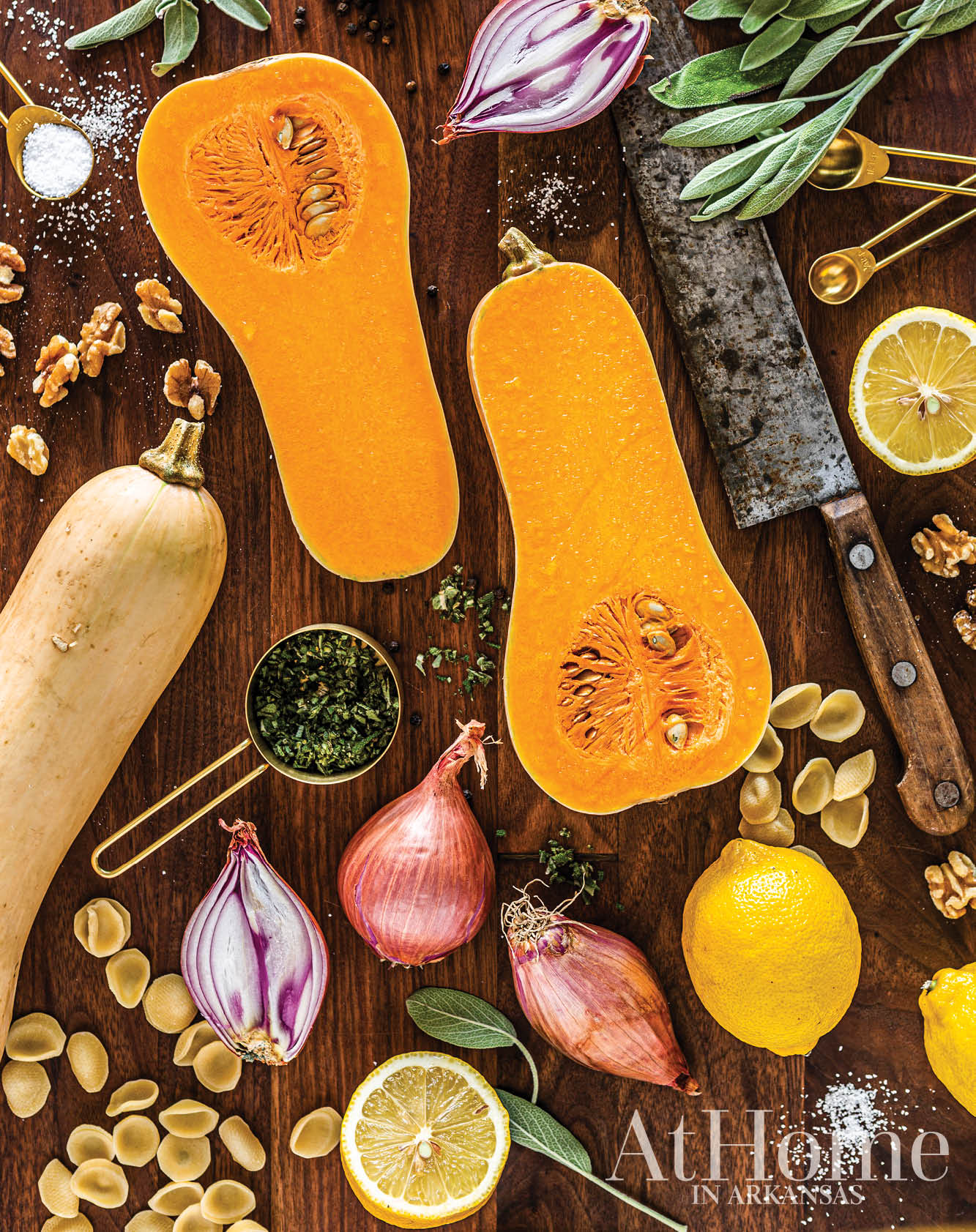 Michael Qandah of Happy Bear Cooking didn’t grow up going to the garden to get dinner. Rather, he came of age in his family’s Benton barbecue restaurant, Smokey Joe’s. “I started bussing tables early on and then got more and more responsibility—by high school I was working there three or four nights a week,” he recalls. As he grew older, his love for meat continued when he began a career as a butcher. “Food just makes sense to me,” Michael says. 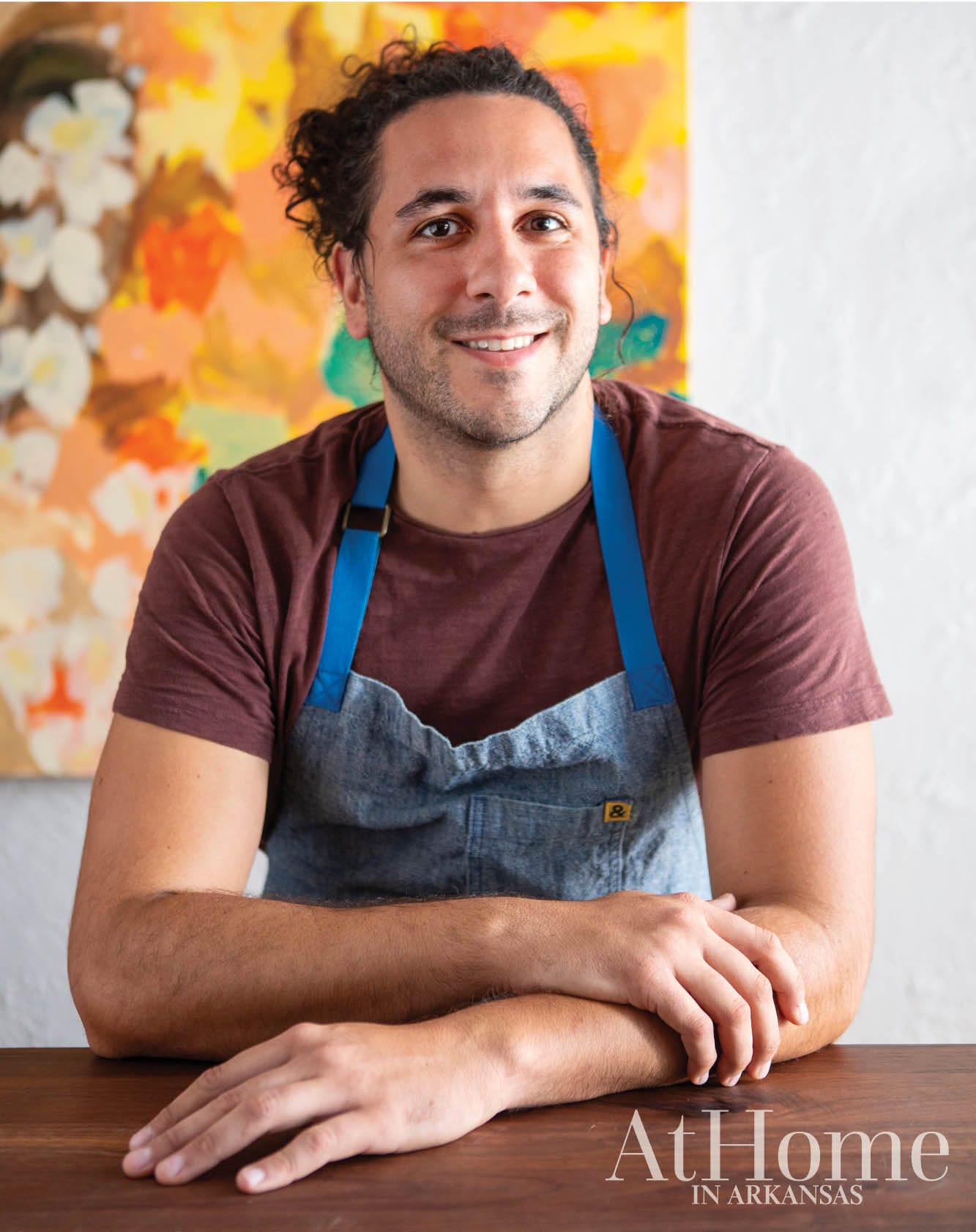 That’s why it may come as a surprise to see him serving up vegan dishes on his Instagram account (@happybearcooking) and teaching classes with plant-based recipes in central Arkansas. “Meat was my world, but then I met my fiancée,” Michael says, referring to local photographer Stephanie Parsley, who has been vegan for more than five years. “I told her I would eat vegan food as long as I could cook it and make it taste just as good as the meat dishes I cooked,” he says. Today, Michael says he is 75 percent vegan, continually making new recipes to keep the idea (and his plate!) fresh. 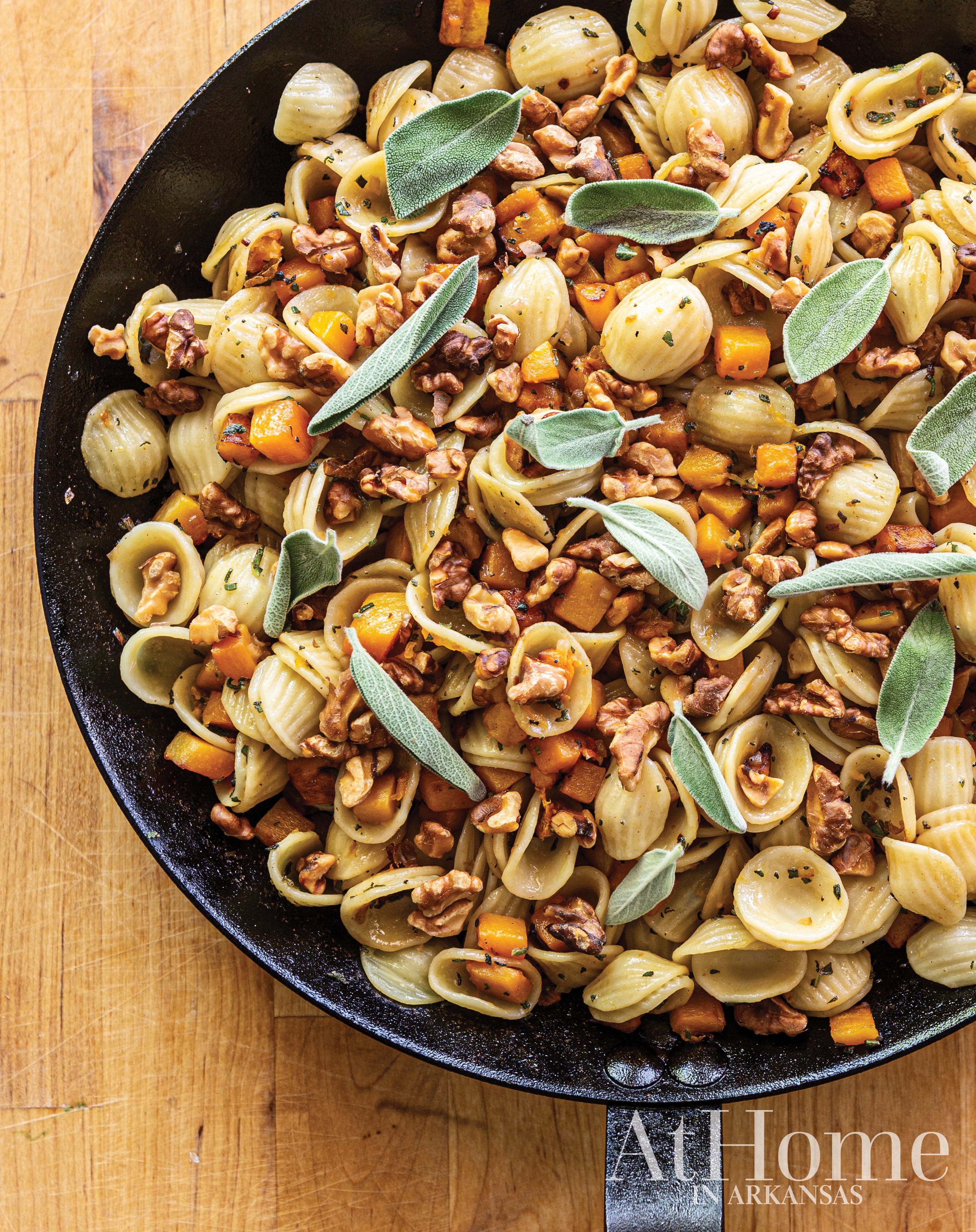 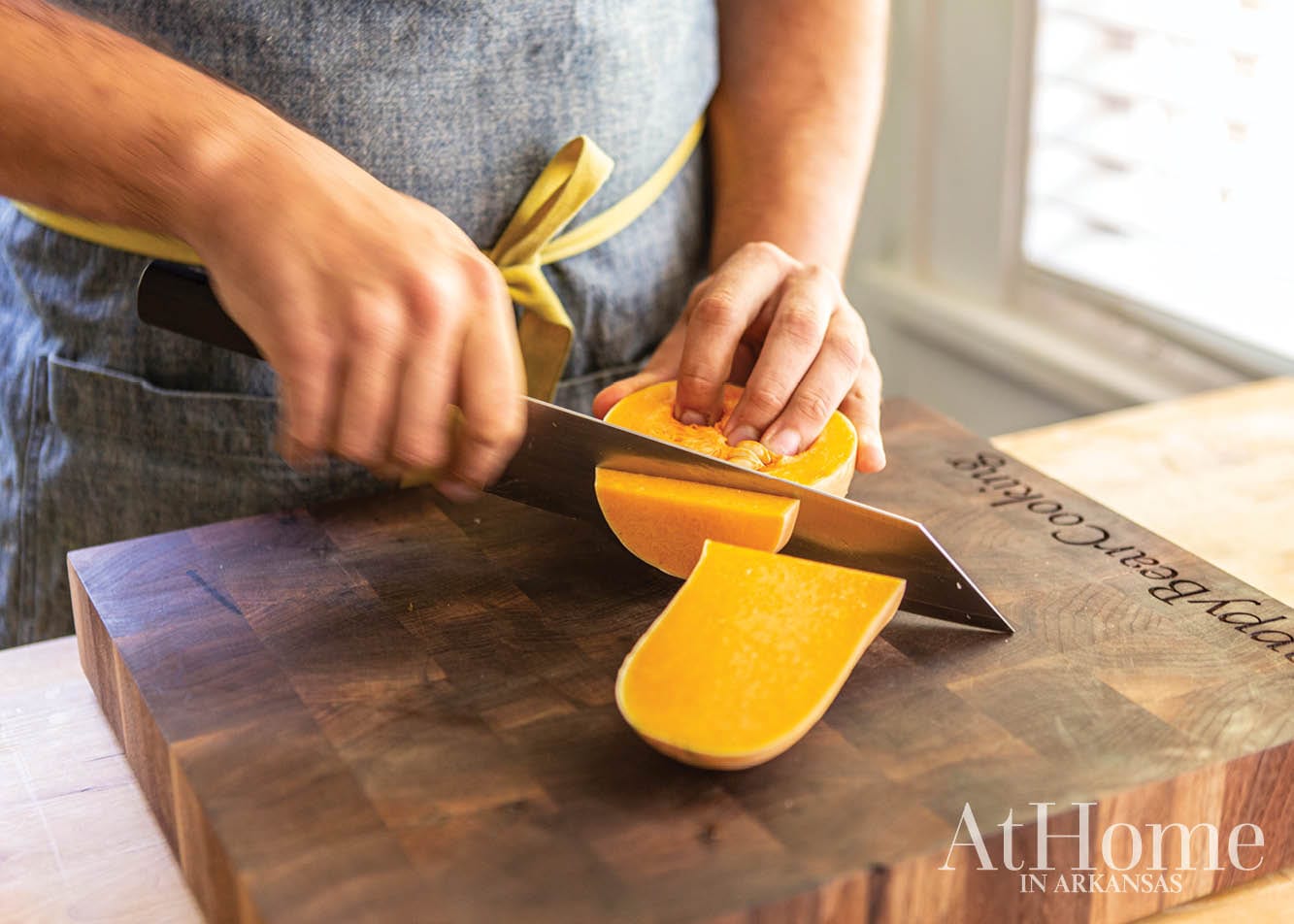 Peel, seed, and cut the butternut squash into ½-inch cubes. Heat olive oil in a large skillet over high heat until very lightly smoking. Season squash with salt and pepper to taste and add to the skillet. Cook, stirring occasionally, approximately 5 minutes or until browned and squash is tender. Add butter and shallots and continue cooking, stirring frequently, for approximately 1 minute. Add sage and stir to combine. Remove from heat.

Add pasta to the skillet with the squash mixture along with half of the reserved pasta water. Bring to a simmer over high heat and cook until pasta is perfectly al dente, stirring and tossing constantly. Add a splash of pasta water as needed to keep the sauce loose and shiny. Serve warm. Finish with sage leaves and toasted walnuts.

“My goal is not to make good vegan food, but rather good food that is vegan.”
—Michael Qandah 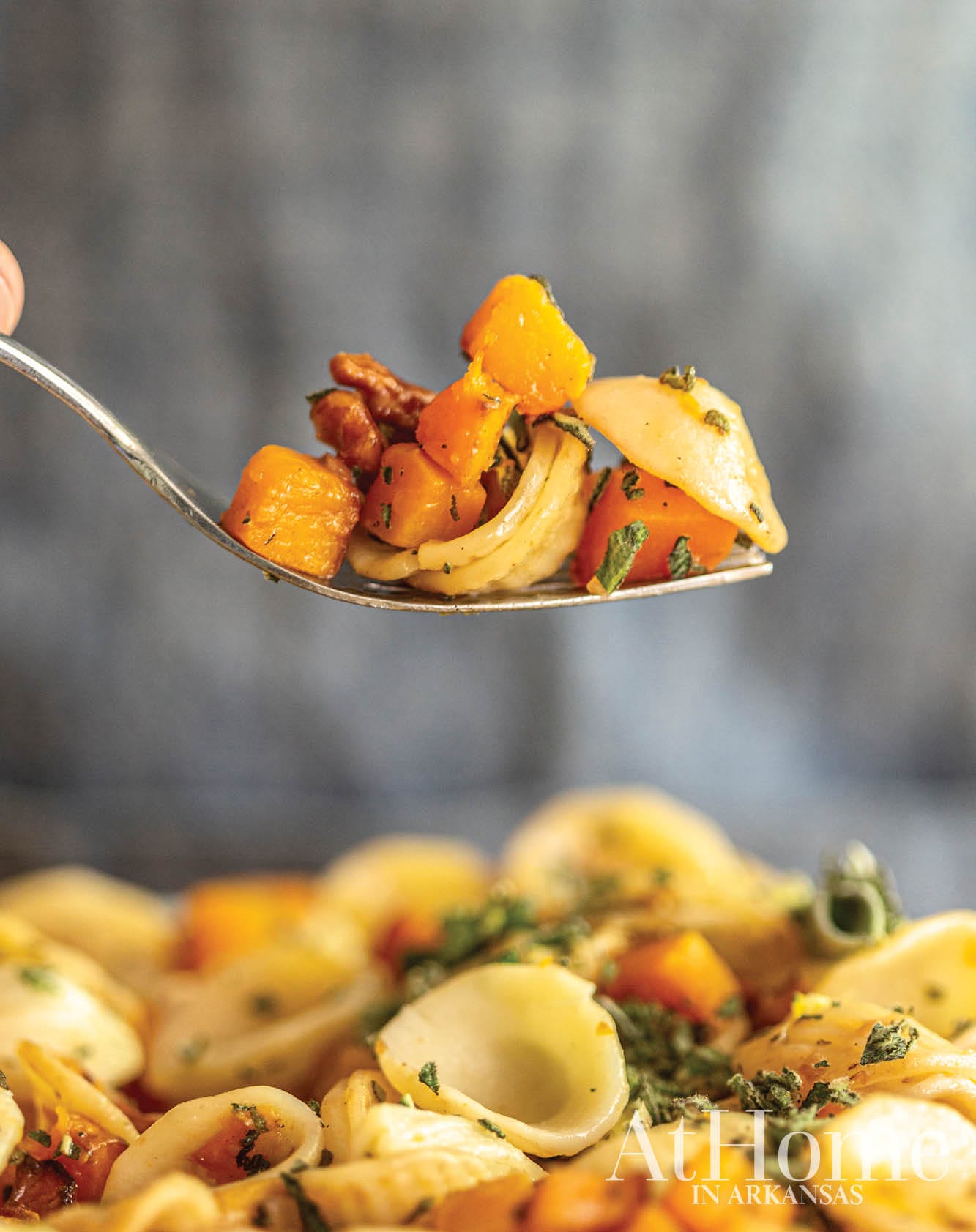