Nestled in Little Rock’s Hillcrest neighborhood, Kelly and David Slade’s 1925 Arts-and-Crafts-style home features a striking mix of bold contemporary colors and vintage pieces. So, it’s no surprise these two design elements were at the top of the list when it came to their first child’s nursery. As soon as the couple learned they were expecting a little boy, Slade began planning the room’s design with the help of her cousin, Dayna Gober of DG Designs. 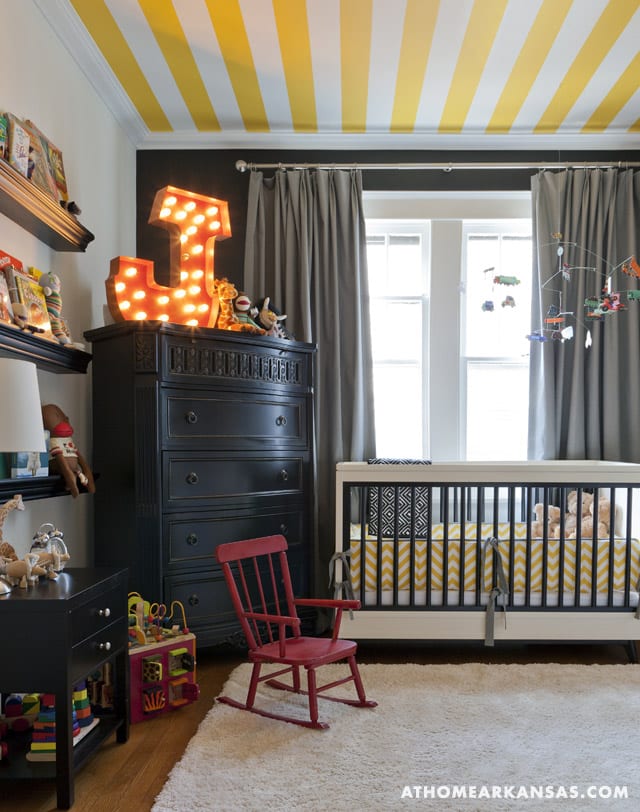 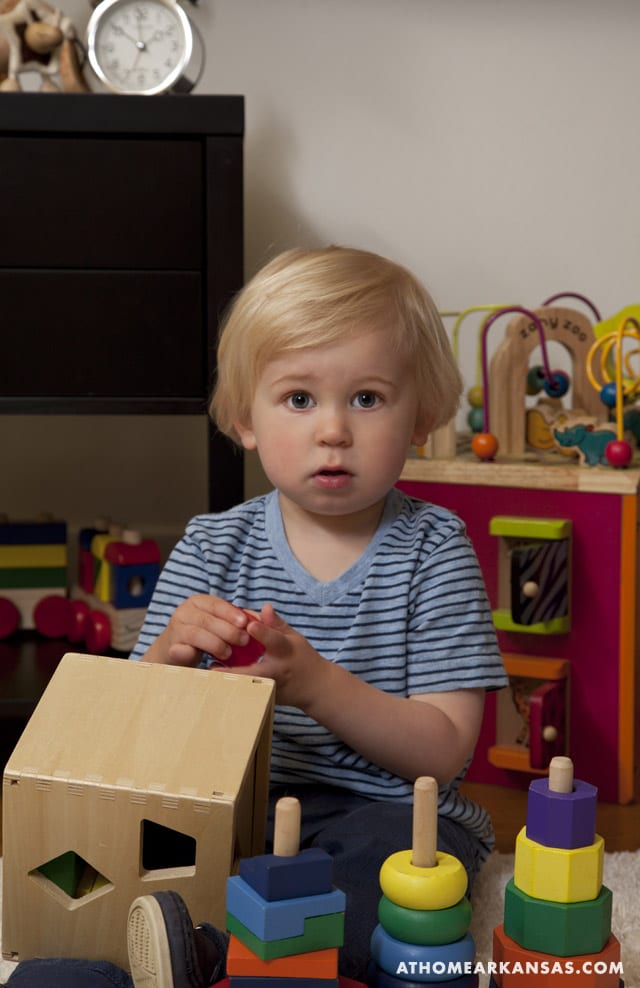 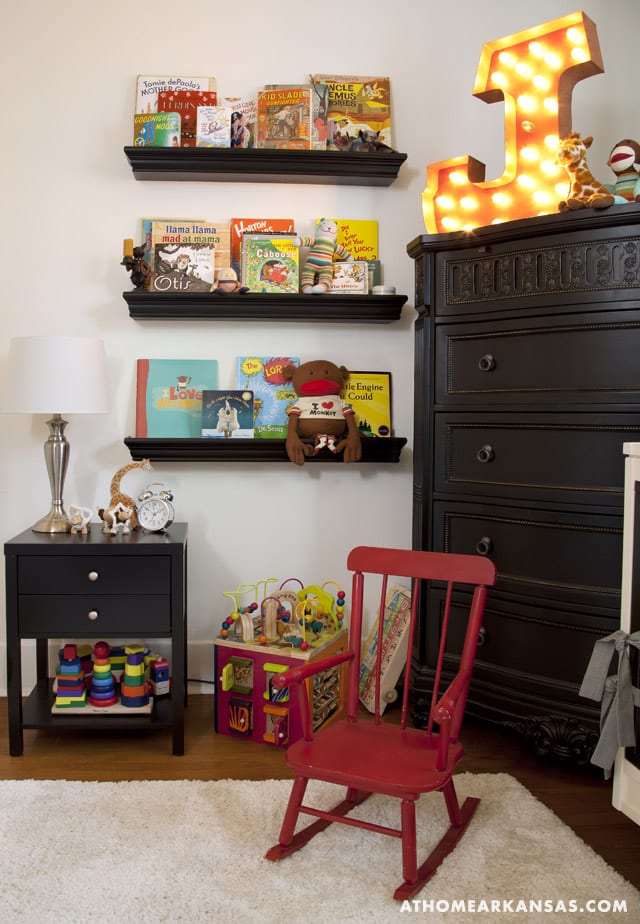 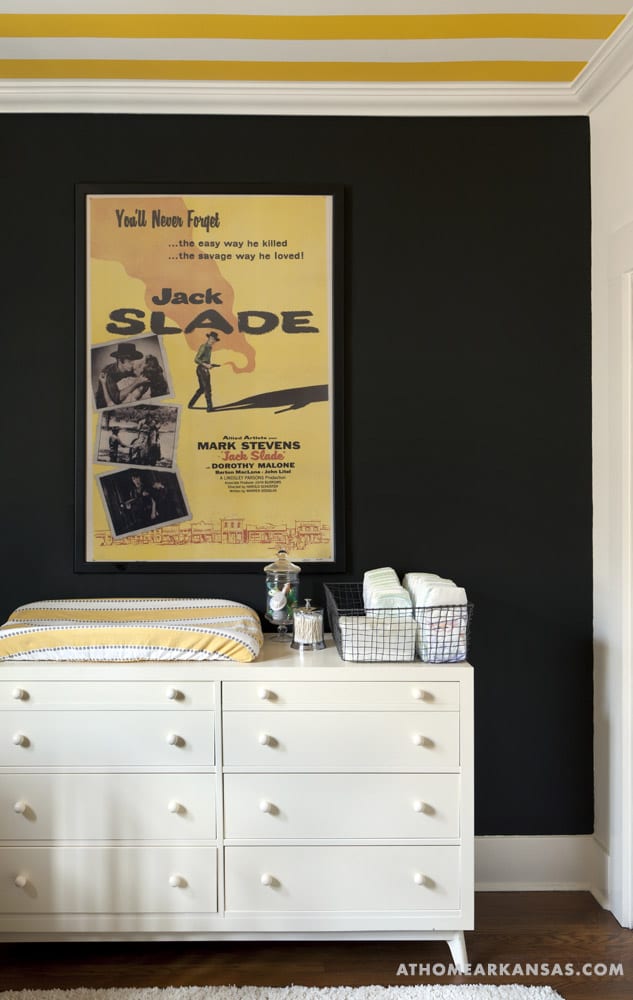 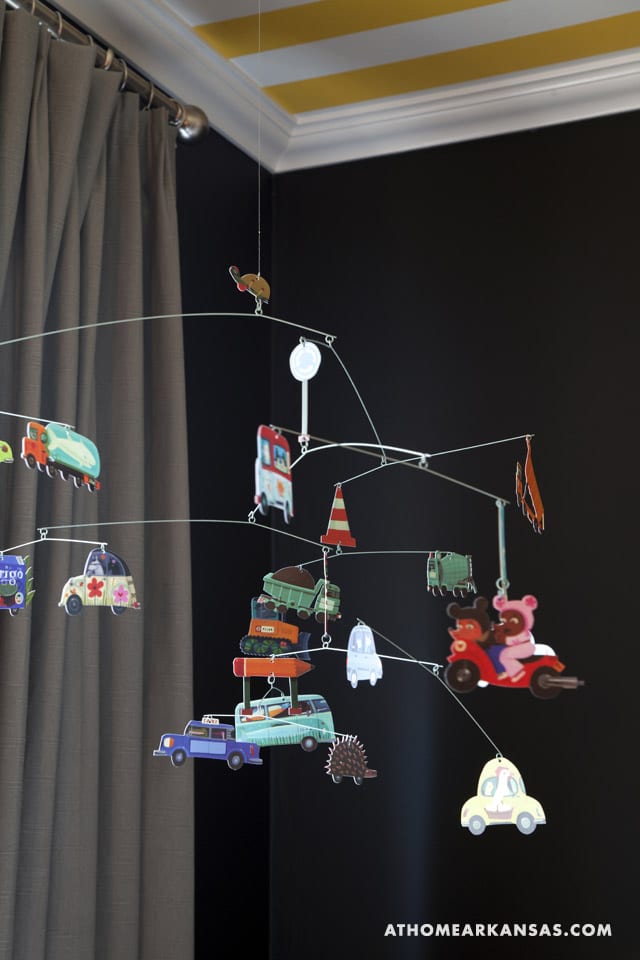 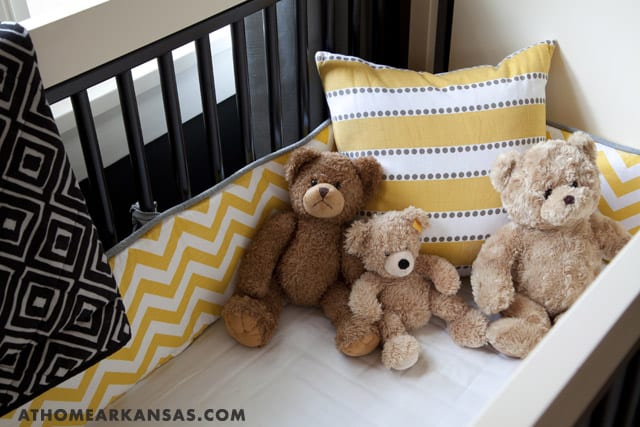 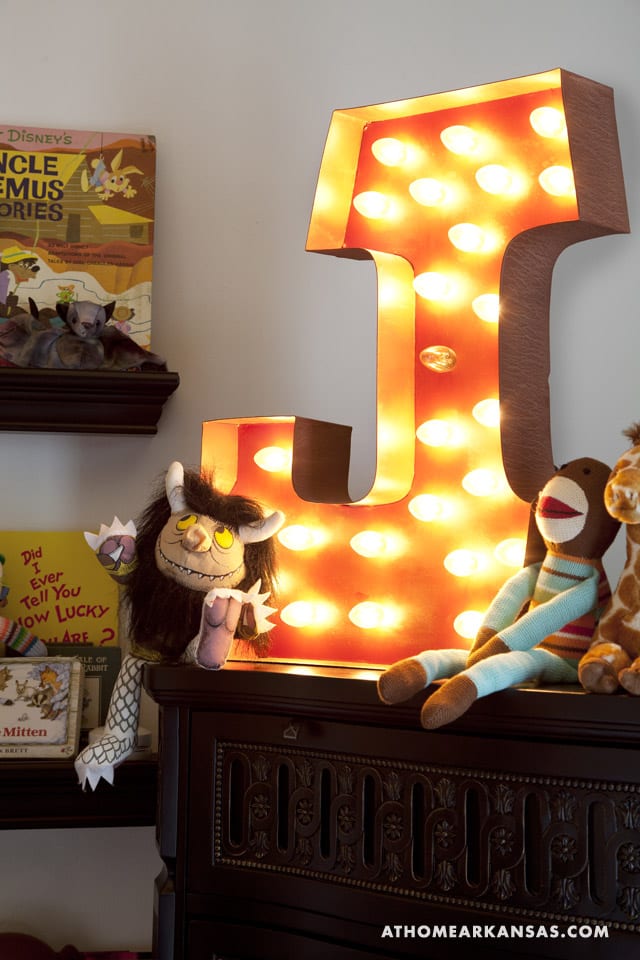 Their initial inspiration for the space was a vintage movie poster, which just happened to feature a flick of the same name as the soon-to-be-born baby, Jack Slade. “I began to Google Jack’s name to see what would pop up,” laughed Slade as she told the story of finding the poster online, “and I found out there was a horrible cowboy named Jack Slade around the 1800s of whom there was a movie made in the 1950s.” After finding this version of the original movie poster, she knew its colors would be a great palette for the room. With the inspiration piece in place, she and Gober began to pull together the rest of the space.

“I read somewhere that babies love contrast,” shared Slade, “and I had been toying with the idea of painting a room black. I decided to paint stripes in a pencil-like shade of yellow and white on the ceiling to give a high contrast to the black walls.” To make it a smartly fashioned and furnished room for Jack, Gober paired the black walls with white furniture and lively patterns.

Aside from the vintage movie poster, Jack’s nursery is filled with several other unique pieces including “Jack Slade” cowboy comic books, which friends and family have picked up for him at bookstores. The room also features small mementos from David’s family, who currently live in Connecticut, including a playful mobile made of cars from the Museum of Modern Art, sweet wooden animals and iconic Steiff teddy bears. For a finishing touch, a vintage “J” light adds a hint of Hollywood-worthy whimsy to the silver-screen-inspired room.

Now that he’s a toddler, Jack especially enjoys his red rocking chair, which rarely stays in the nursery, following him in to the living room to watch his favorite show, “Calliou.” “We found the little chair at a yard sale in our neighborhood,” says Slade. “We were walking home one afternoon during my pregnancy and just had to have it.”

Excited about the outcome, Slade notes, “We love that he has his own cozy space where he can play with his blocks, trucks and other toys.” They also love to spend time as a family watching baby Jack grow and enjoying the space they were excited to create for him.