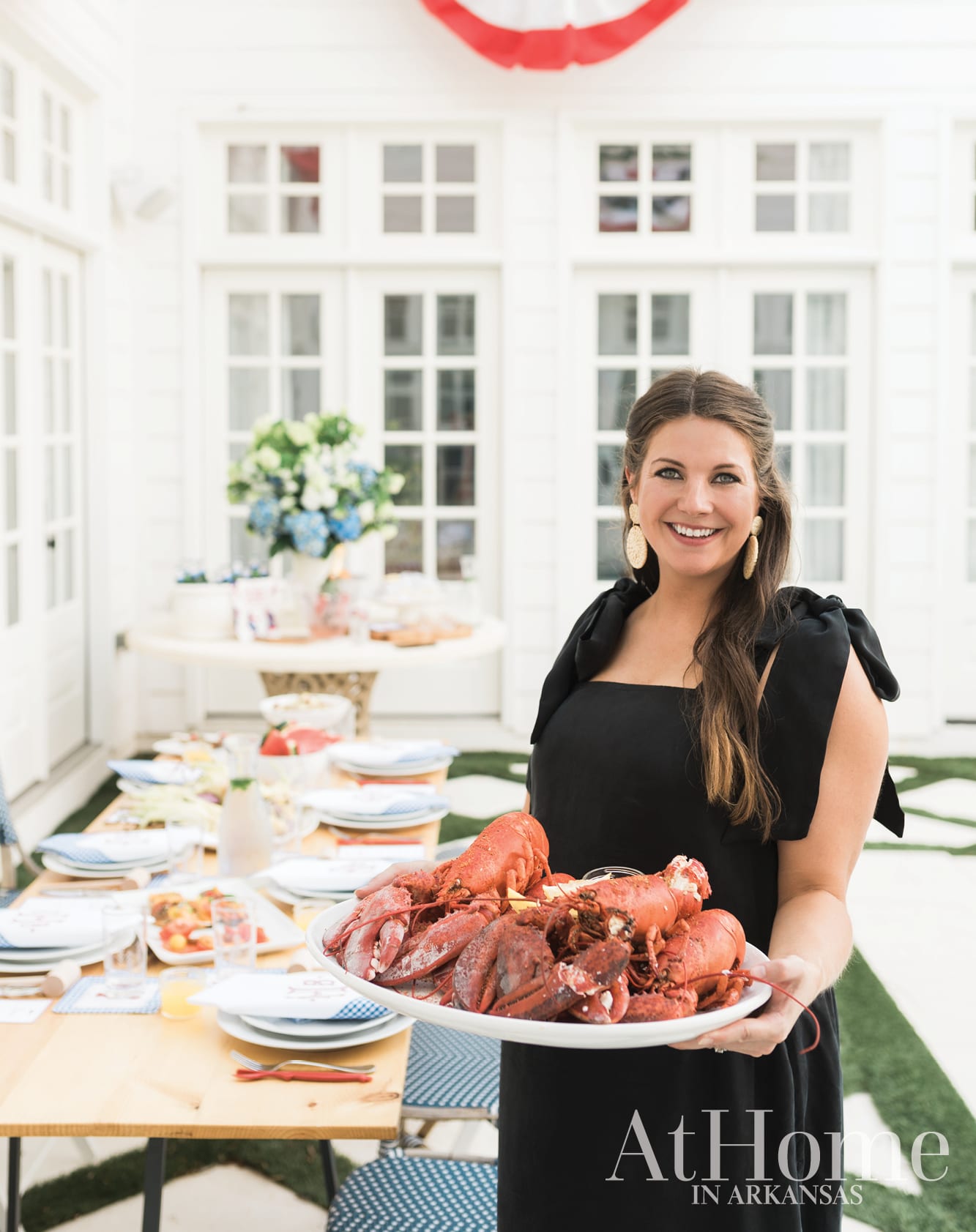 “In Arkansas and in the South in general, when we think of the fourth of July, we think of barbecues and cookouts—and we all love that—but for this party I wanted to elevate it a little bit,” says event designer Jessie Gillham of Little Rock’s Festive Haus. Her inspiration? A coastal lobster boil with Southern influence and a patriotic palette.

While fresh lobsters covered the seaside part of the celebration, Jessie partnered with Heritage Catering to create Southern-inspired side dishes that would pair well with the crustacean. She also incorporated a subtle red, white, and blue theme throughout the evening, starting with the invitations and carrying through to the linens. “There’s a patriotic spin on the party, but rather than using flags, we used the colors and did traditional bunting along the window boxes,” Jessie says.

While lobster and Champagne toasts may have an “elevated” connotation, Jessie’s goal was to make the party attainable and easy to pull together. “There’s a casual vibe that runs throughout the evening—and nothing is too overwhelming.” These qualities are key to Jessie’s approach to gatherings. “The whole goal of my business is to help people find the joy in entertaining,” she says. “It can still be easy, stress-free, and approachable.” She wants to help clients create the parties of their dreams—whether that’s finding and specifying invitations and decorations, or walking alongside a client from the concept to cleanup phases. However, as evident in this evening soirée, it’s the details she loves the most. “The special touches are so good, and they are some of the easiest to create,” she says.

“There’s something so fun about Champagne and lobster; it just sounds like a party!”
— Jessie Gillham, event designer 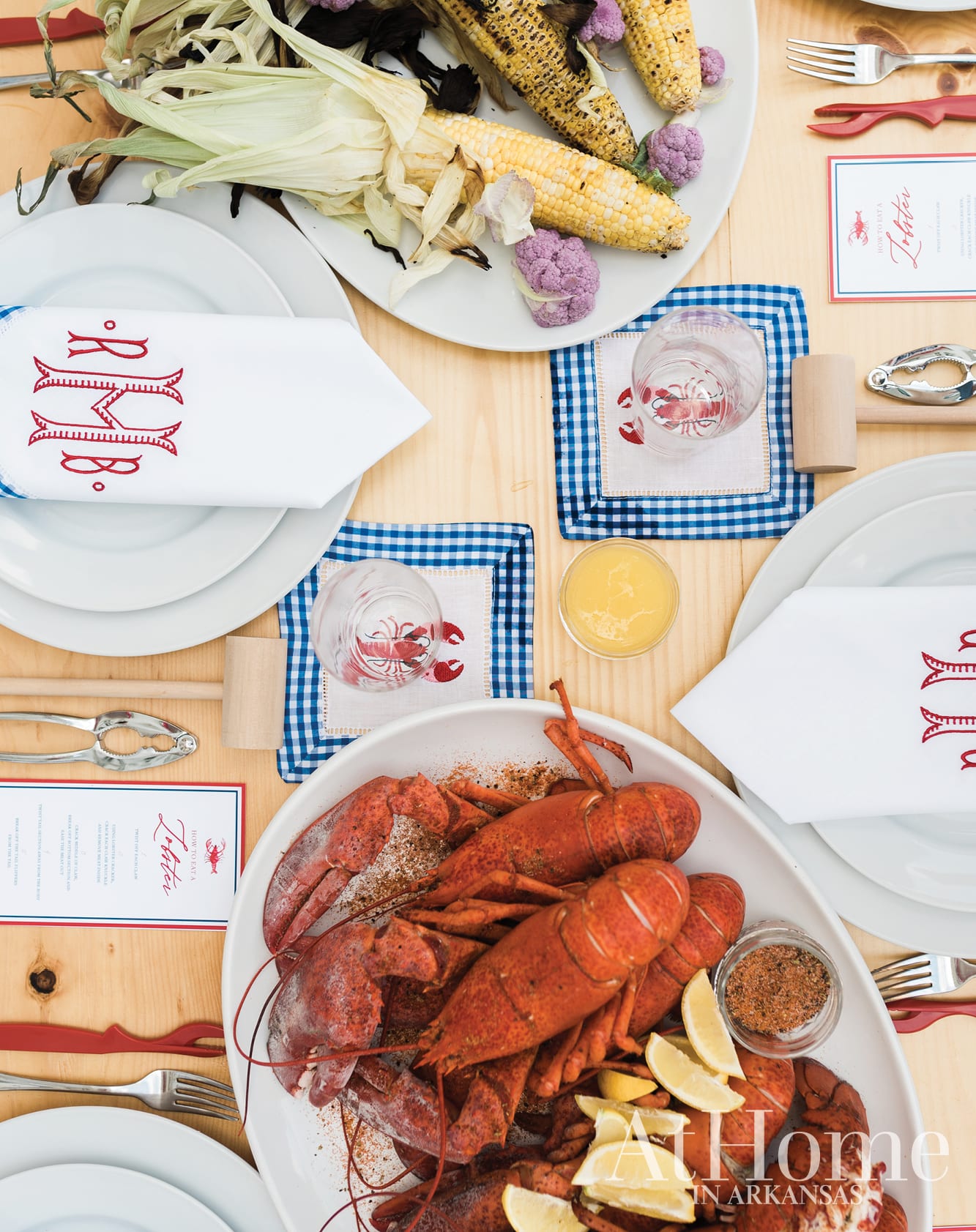 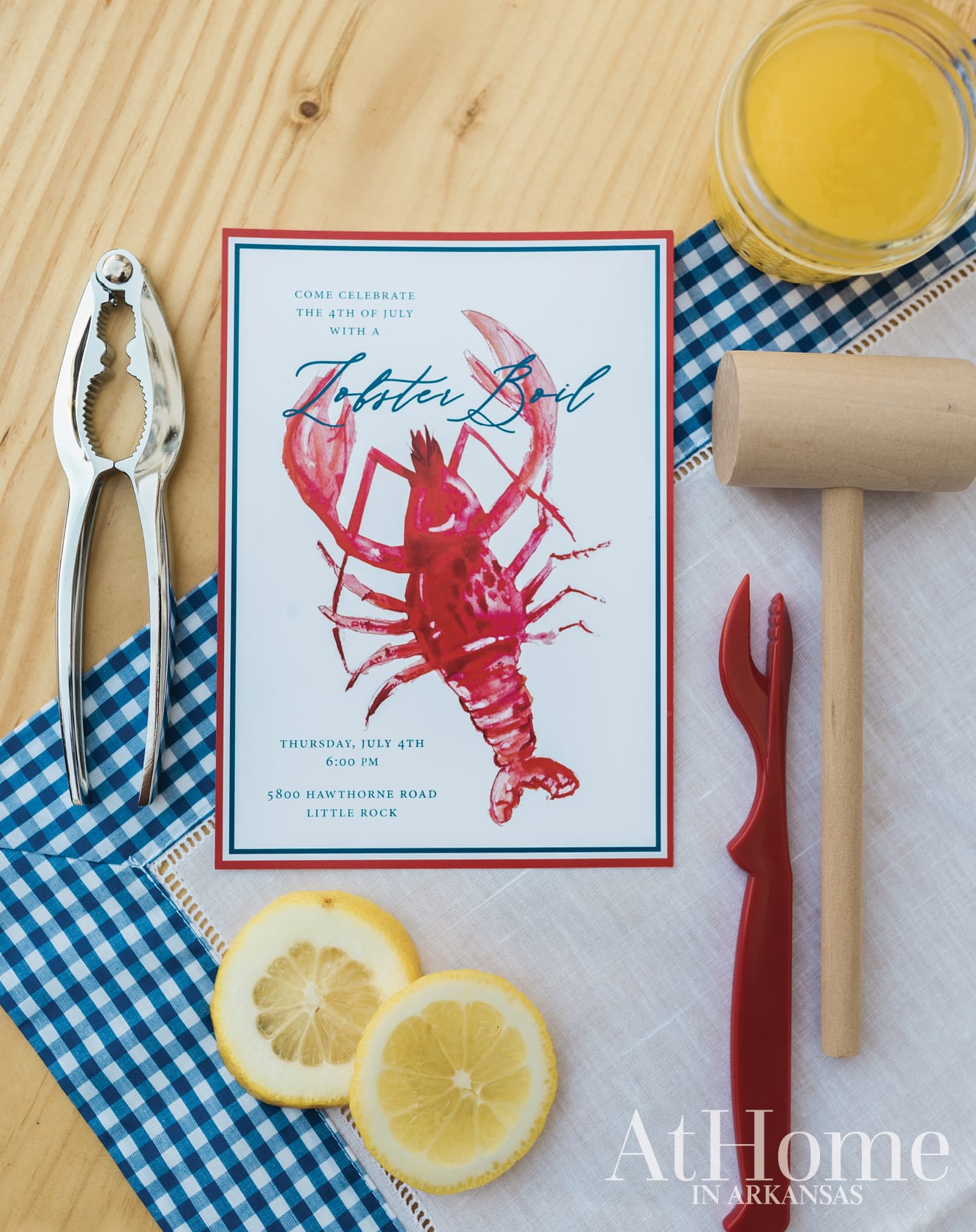 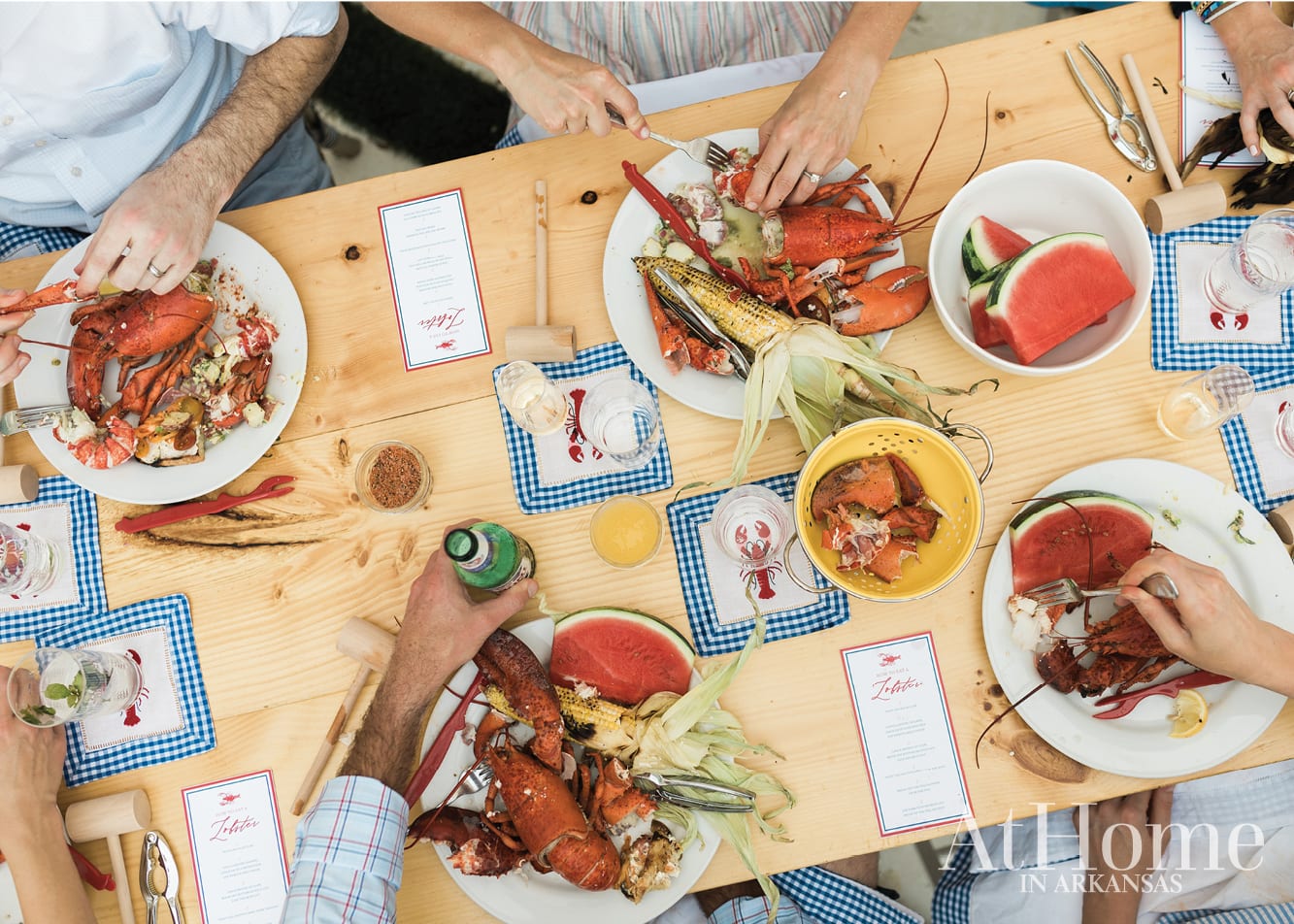 For the dinner, Jessie used a wood-top table (rented from Victory and Co. Events). Seating all of the guests at one table and passing the food family style adds to the low-key air of the evening and brings a sense of community and togetherness to the party. If you’re worried about protecting your table, put down newspaper that will also make for easy cleanup. 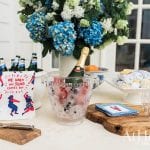 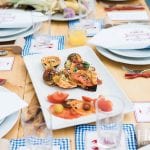 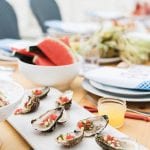 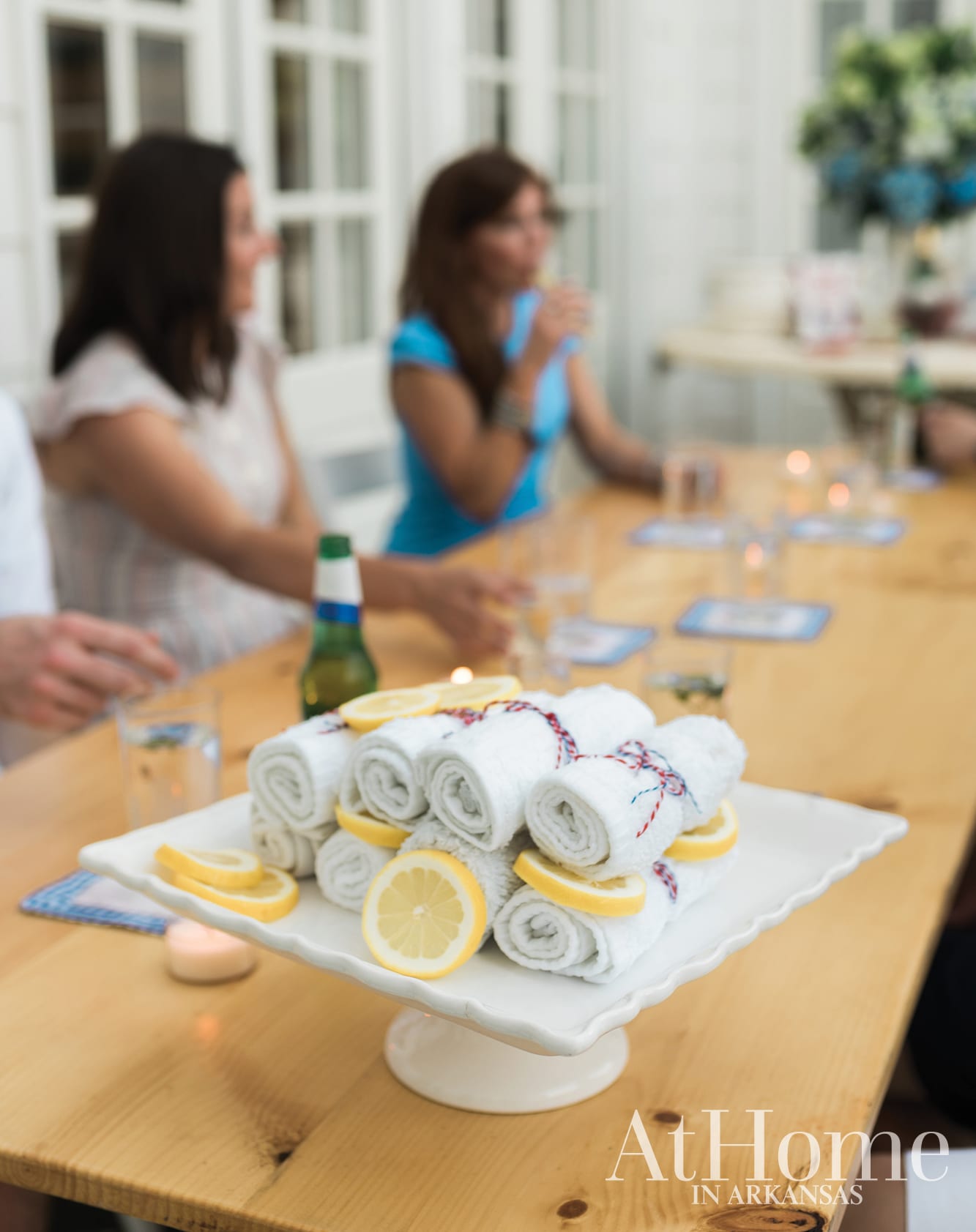 Make Your Own Infused Hand Towels

Pass out these refreshing towels to guests to clean their hands after eating seafood or to cool down on a hot summer night.

PREPARE
In a large bowl, add the oils and juice of one lemon and enough water to fill bowl. Soak hand towels in the infused water for 1 hour. Ring out excess water and chill towels in the refrigerator until ready to give to guests. 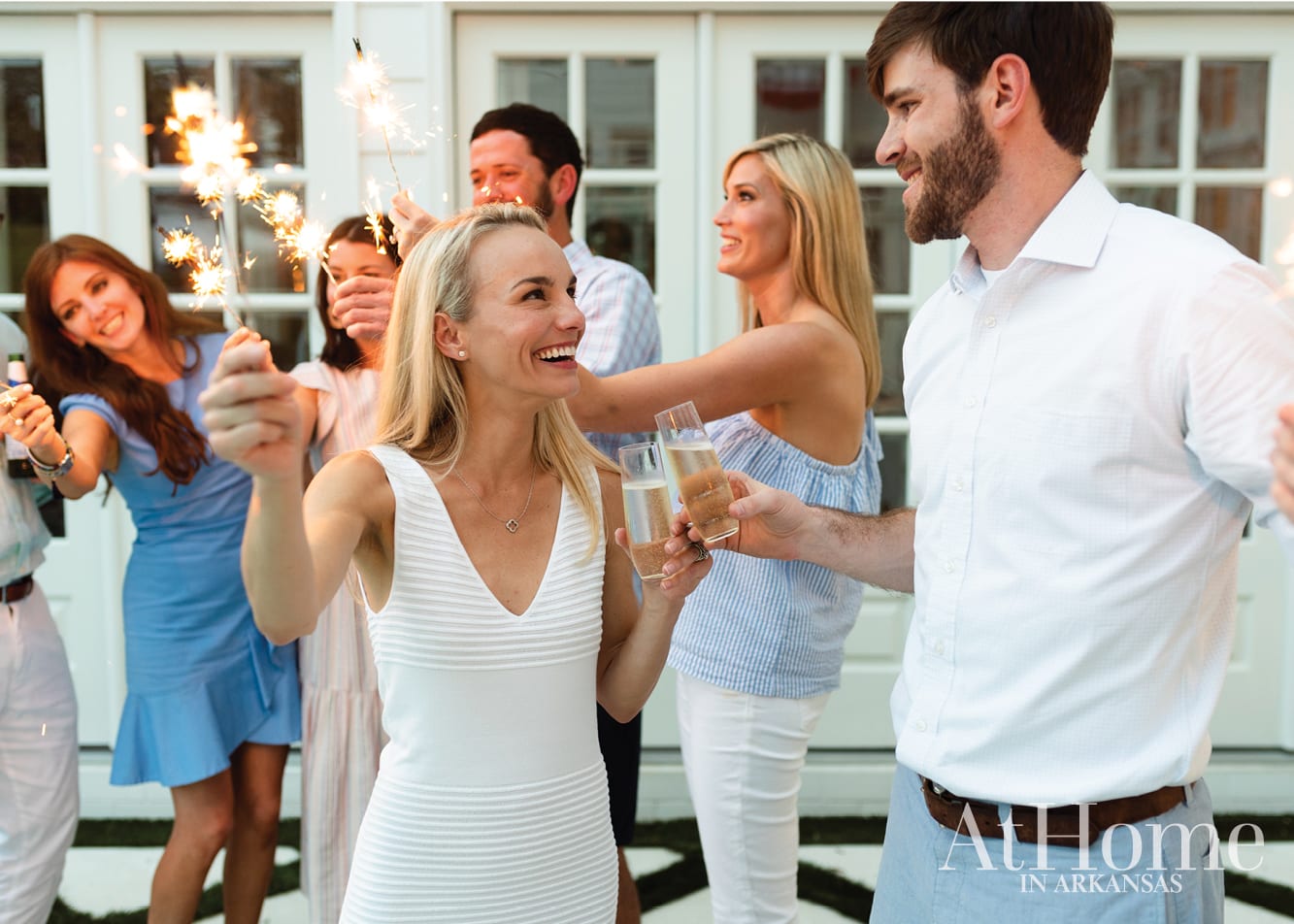 Special thanks to Rachel and Buddy Harding for use of their home for this shoot.