Marinell Donald fondly remembers helping her mother with household chores and finding a light green teacup or saucer in a laundry detergent box or even in a carton of oats. As a child, she had no idea these milky green pieces, known as jadite, were part of a growing trend in kitchenware.

Years later, Marinell began her own collection of the alluring glassware with a few pieces of Fire King’s Restaurant Ware pattern, including an egg stand, which she was able to secure at a local auction. “Restaurant Ware pieces are known for their durability and functionality, and they don’t have any embellishments,” says Marinell. Pieces in this collection typically include mixing bowls, mugs, juicers and place settings, which were used in diners and cafes during the 1950s, hence the name. To date, this is still the most popular and perhaps widely known pattern; however, it was not the first.

McKee Glass Company began producing the opaque green pieces in 1930 and continued until the company sold in 1951. The versatile ware, which advertisements touted as stain-proof, heat-proof and inexpensive, proved to be a popular concept and began to be produced by other manufacturers soon thereafter. In 1932, Jeannette Glass Company produced a line of kitchenware in the same signature hue, and Anchor Hocking followed with its well-known Fire King line in 1945. 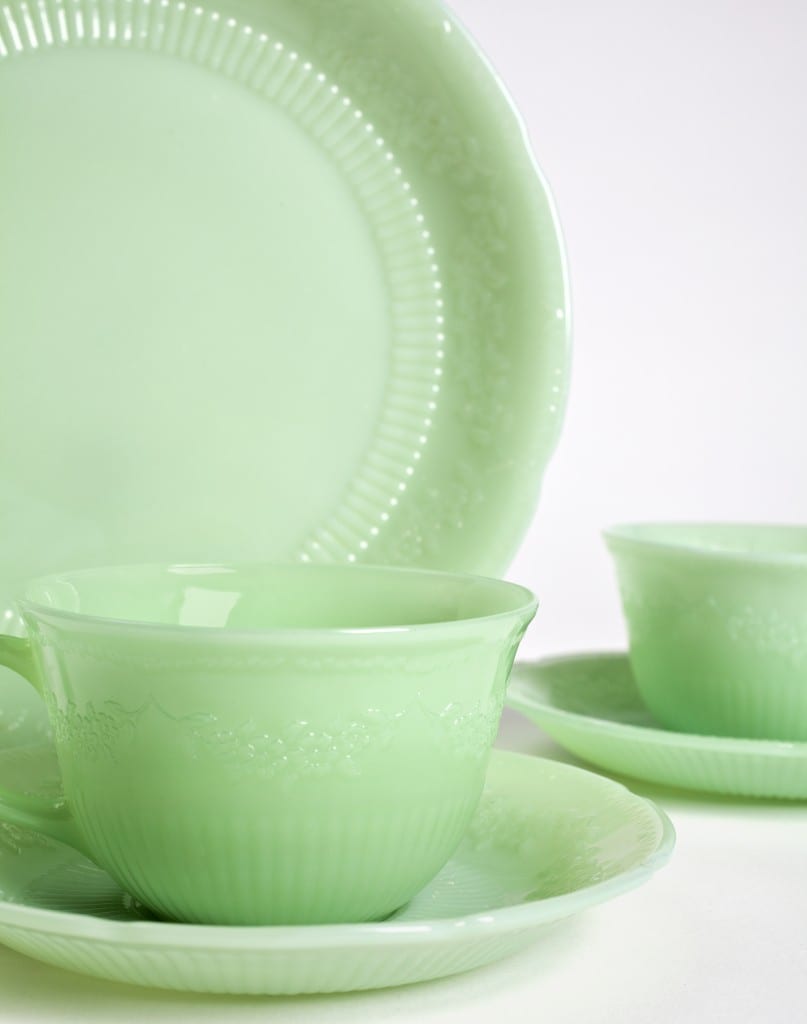 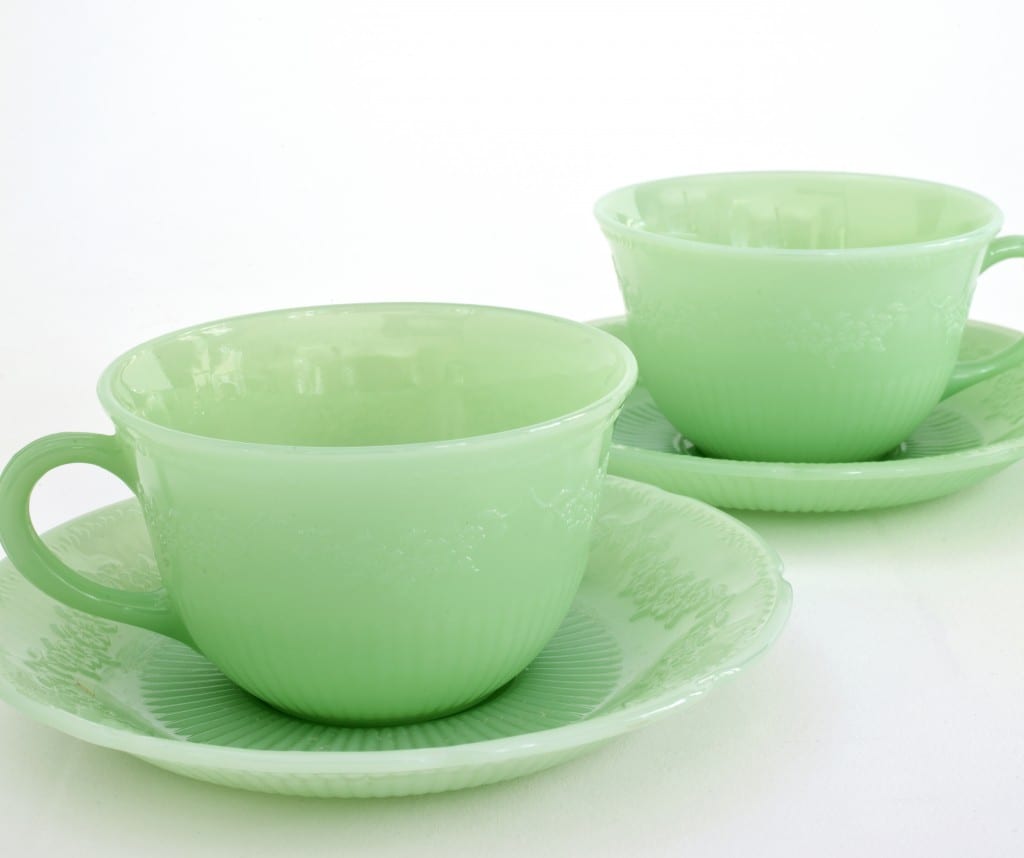 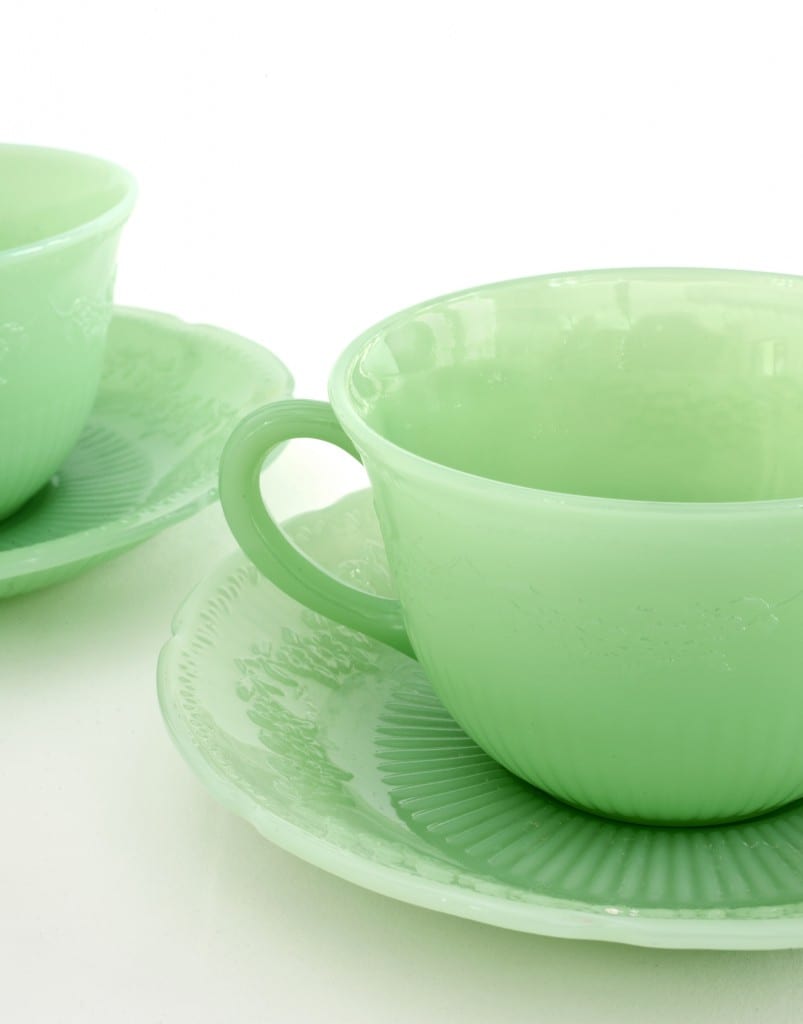 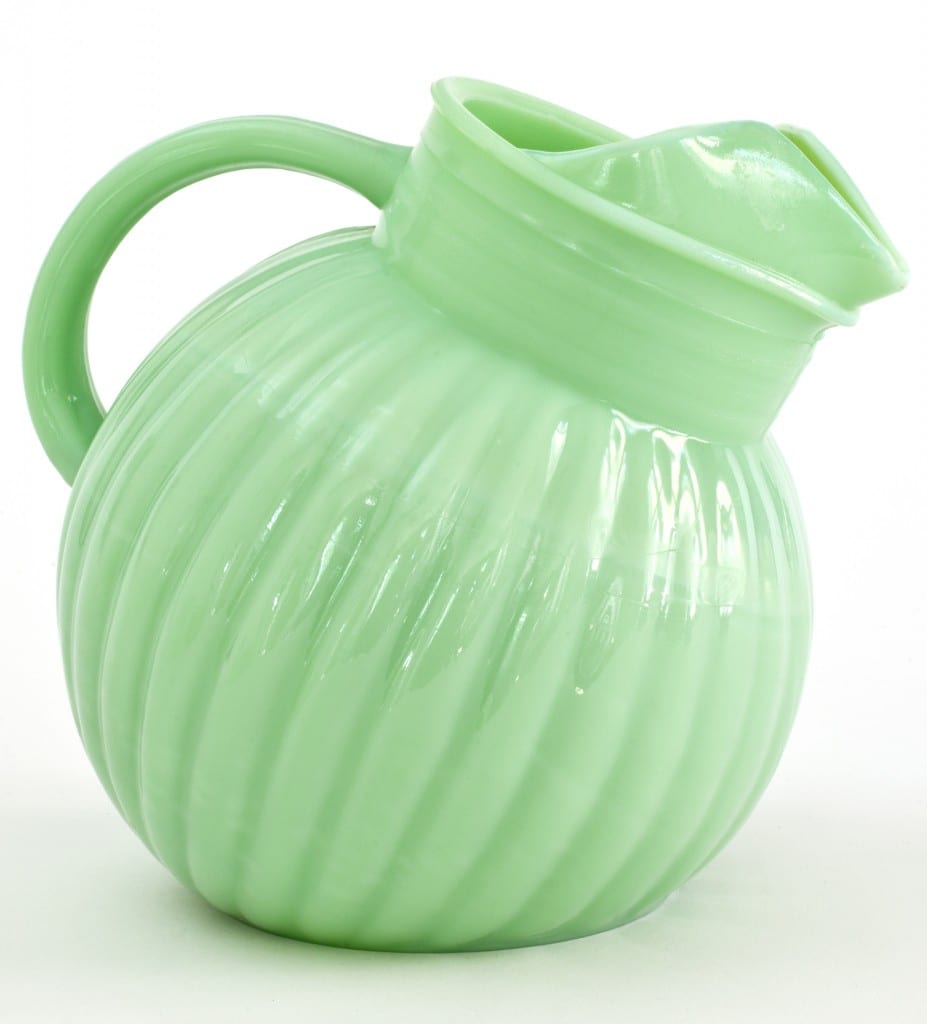 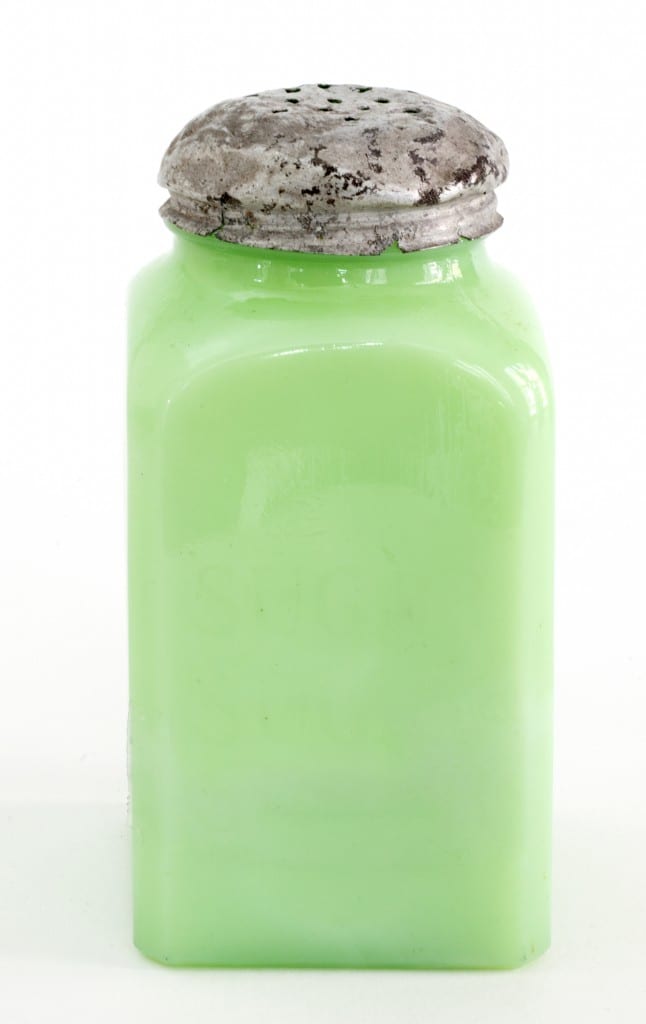 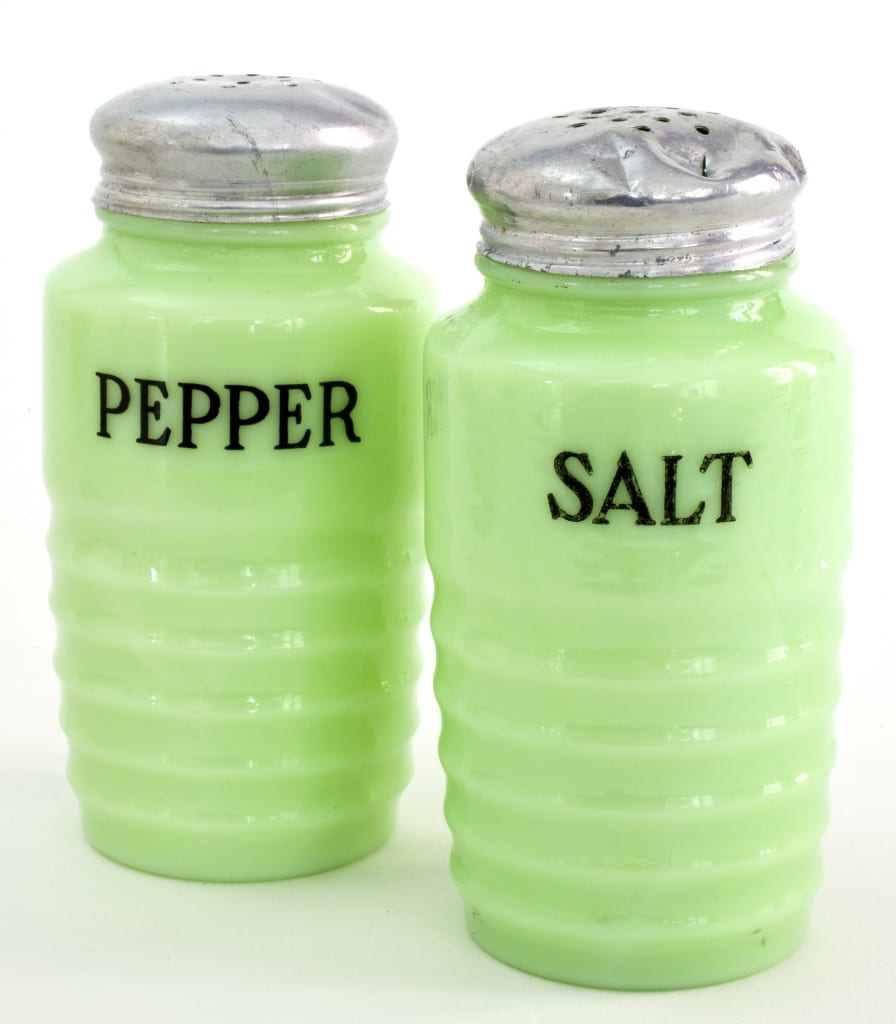 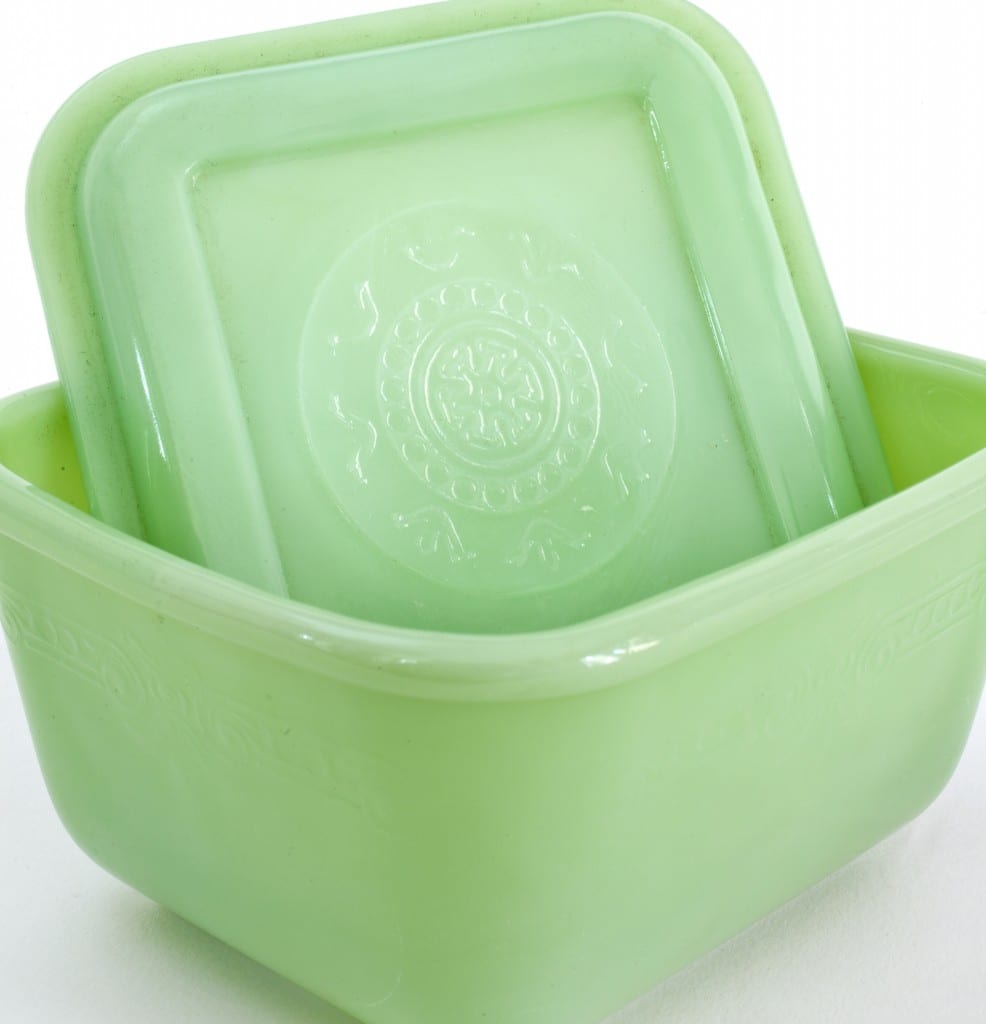 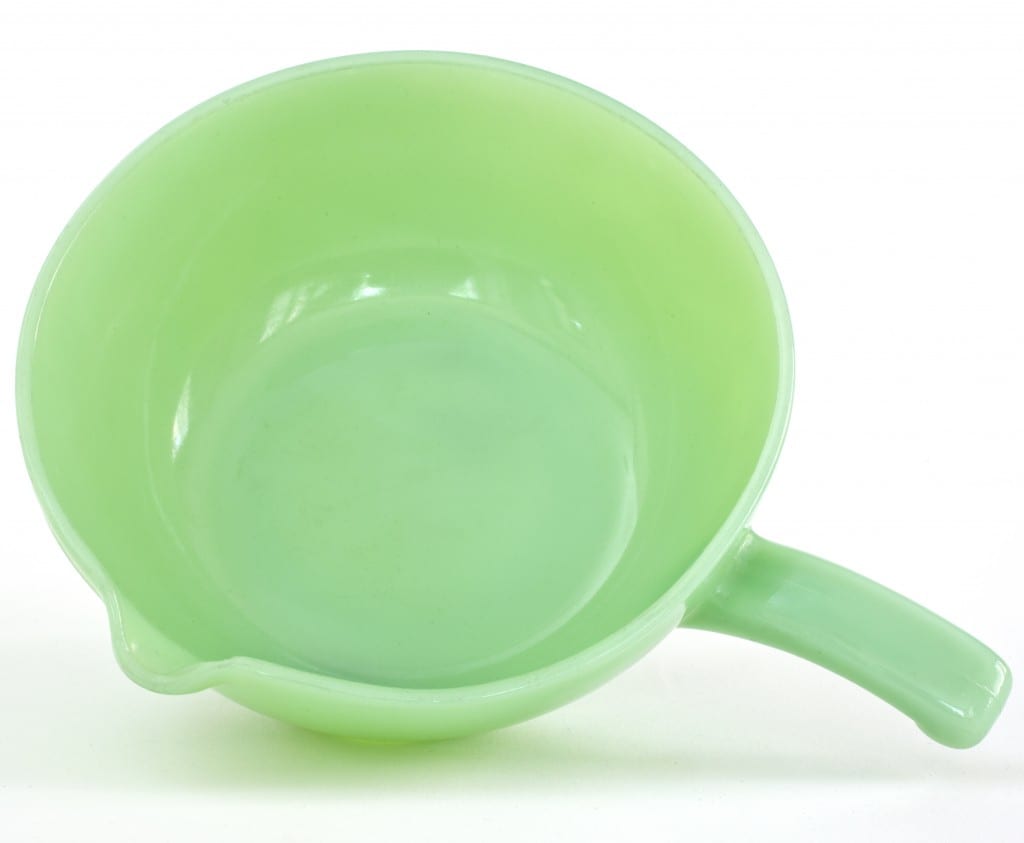 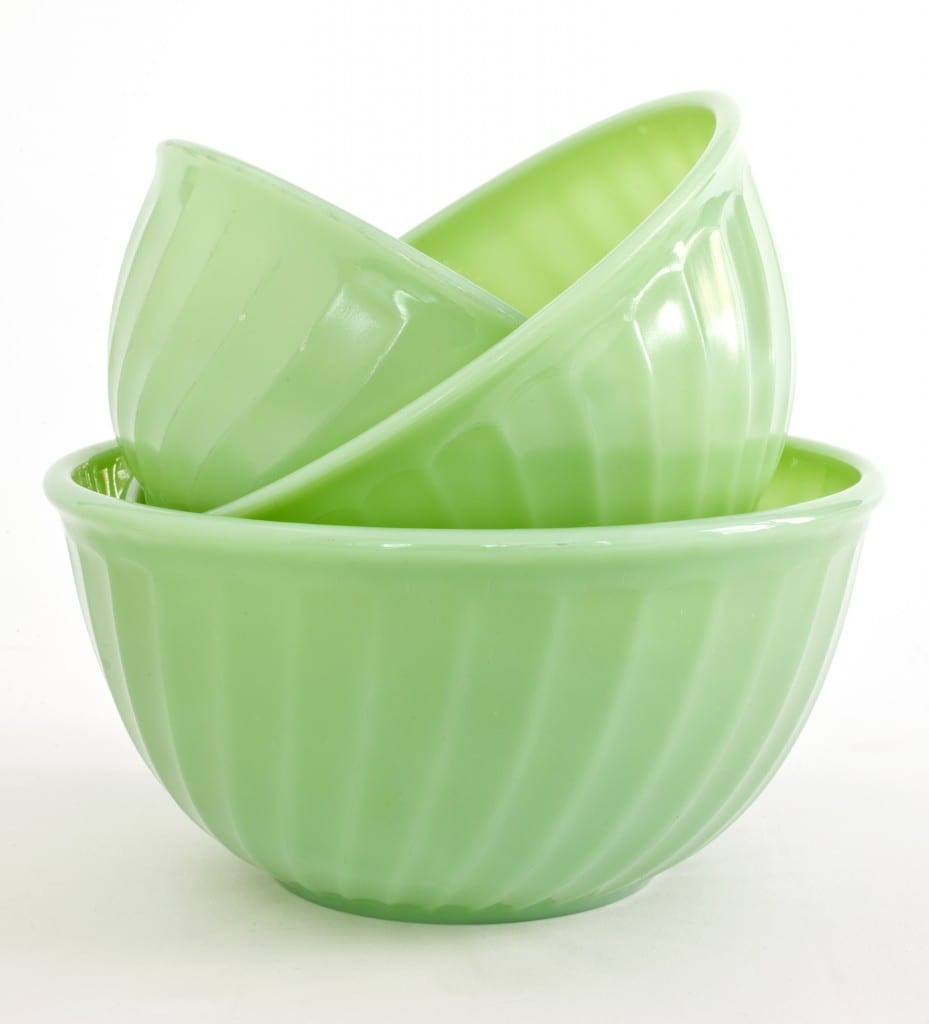 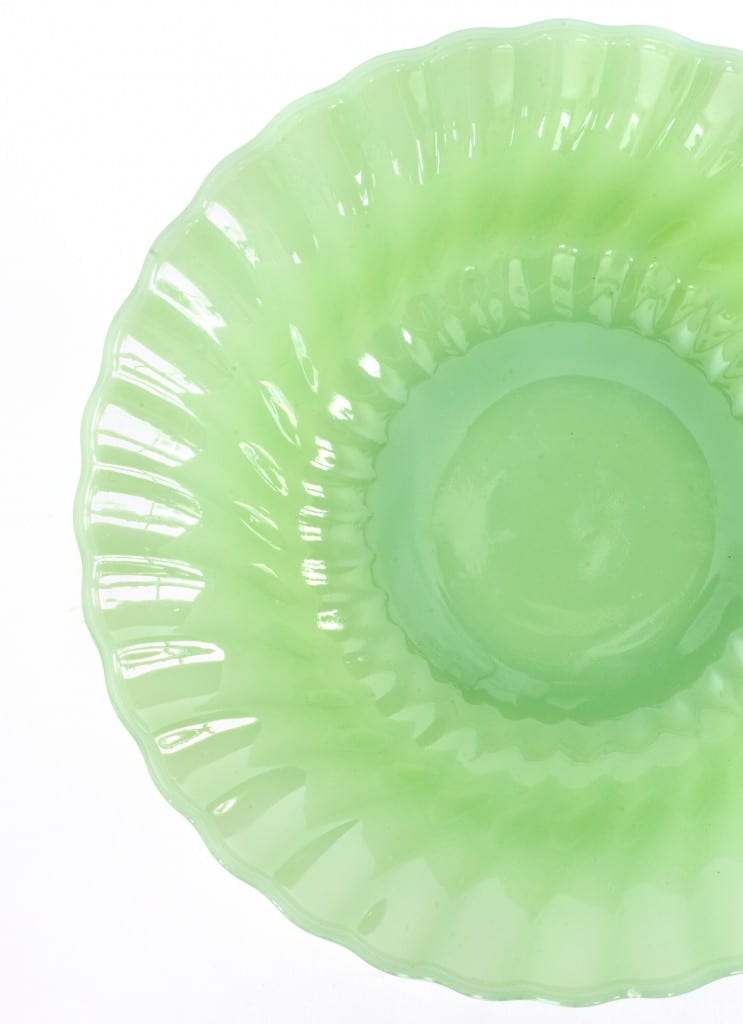 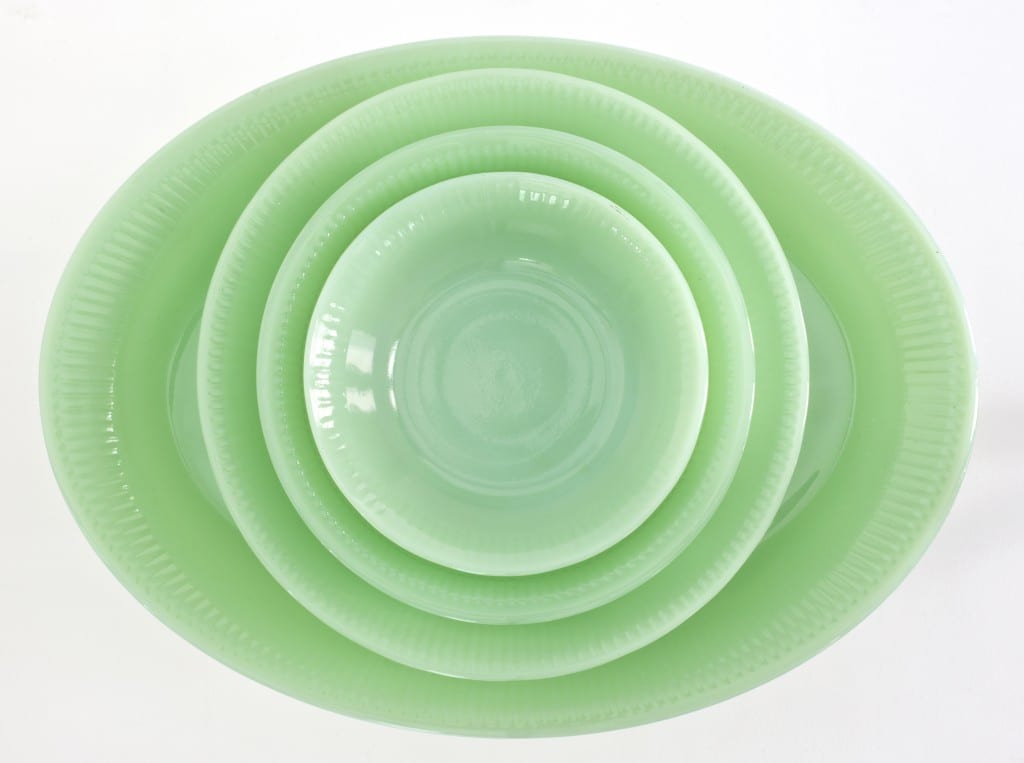 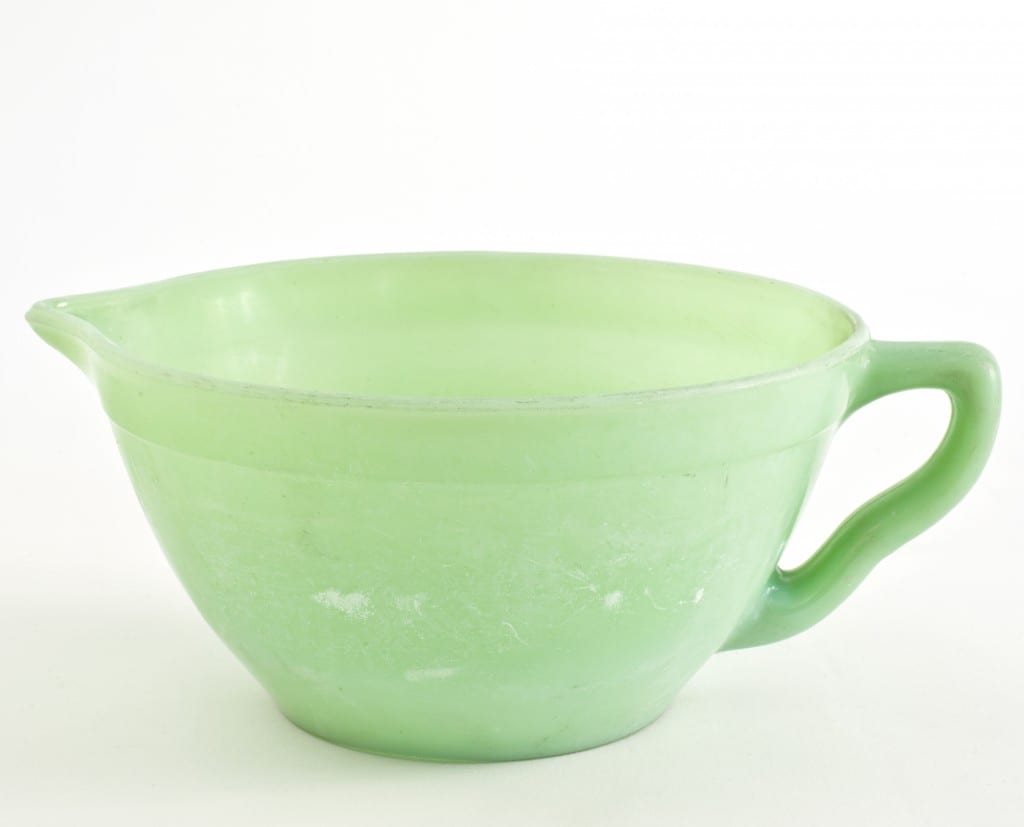 Outside of Restaurant Ware, other well-known patterns include Fire King’s Alice, which has a thin row of flowers along the edge; Jane Ray, which is marked by ribbing around the piece’s edge or exterior and was also produced by Fire King; and McKee’s Laurel pattern, which was the first jadite collection and is marked by a mid-size leaf pattern on the edge of each piece.

Today, Marinell may not have any of the original pieces she helped her mother to unearth, but she does have an ever-growing collection that rivals Martha Stewart’s. She recaptured her love for the charming dishes and now not only hunts for the treasured pieces, but also sells them at her booths in two Conway-area antique malls—Arkansas Peddlers Antique Mall and Flea’s & Tiques. “I started to come across these pieces in auctions and yard sales. I had always liked them and bought them with the intention of adding them to the booth and reselling them, but I’ve had many of them for years,” she says.

While she is especially fond of her jadite collection, Marinell has amassed more than 1,500 pieces of glassware, including Depression-era pieces and vintage cookie jars, since she began her quest in 1999. “Whatever I do, I have to do it big,” she says with a laugh.

Falling for this green beauty’s charm? Consider these helpful hints to start your own collection:

Look for Authentic Pieces Due to the increasing popularity of jadite, a number of reproduction pieces are now available. To assure your piece is an original, check the bottom for a marking that states Fire King, McK (for McKee Glass Company), or a J enclosed in a triangle (for Jeannette Glass Company). Still, not all original pieces have markings, so also look for wear-and-tear that may be an indication of the piece’s age.

Search High and Low Just because its popularity is on the rise doesn’t mean you can’t still score a deal. Shop antique malls and flea markets for coveted pieces, but don’t discount yard sales, auctions and estate sales. If you are looking for a specific piece, consider contacting sellers on Etsy or eBay who may be able to help you search and reach out to additional dealers.

Make it Work for You Jadite is known for its ability to stand up to practical, everyday use. Don’t be afraid to use your collection on a regular basis. Mix it with milk glass and other colored pieces to create a look that’s all your own.