Angela Duke’s Glenwood house stands as her family’s home base, yet it’s been in a design transition for years. “The house originally belonged to my grandparents,” she says. “Throughout the years, it’s gone through several remodels, but I never felt like it was finished.” With her son Clark living in Los Angeles and her other son, Chandler, soon to be graduating high school, she felt it was time to rethink the house. She contacted interior designer Tobi Fairley of Tobi Fairley Interior Design in Little Rock, with whom she had worked on many previous projects. “I know Tobi gets my style,” Angela says, “and I was ready to start from scratch.” 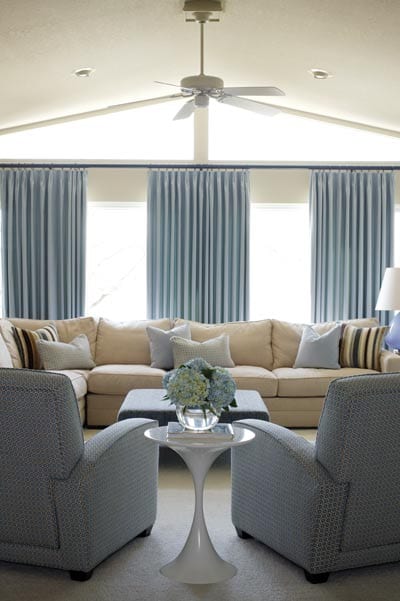 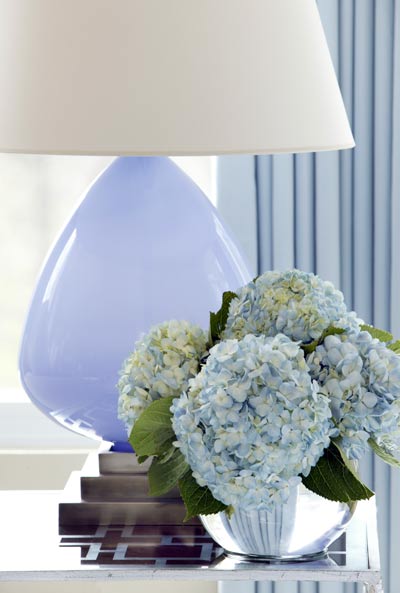 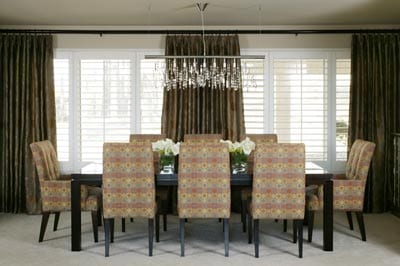 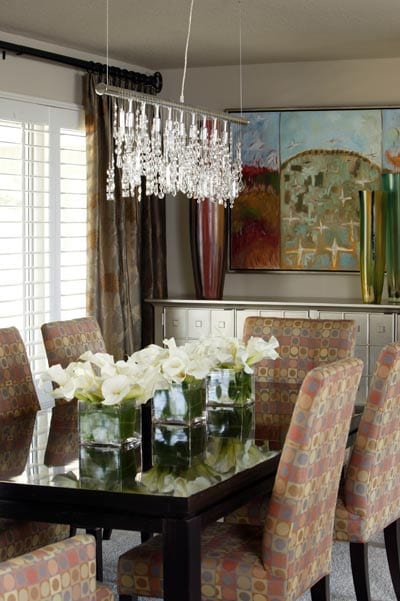 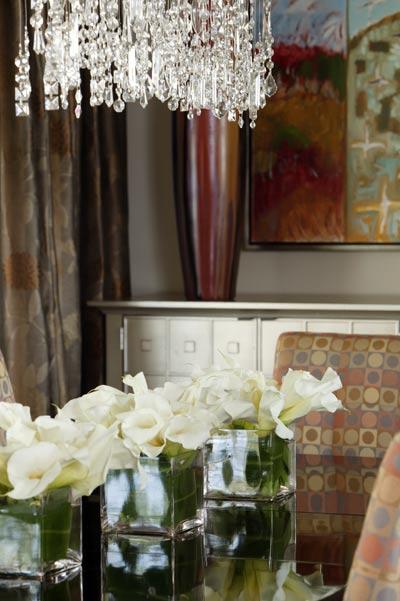 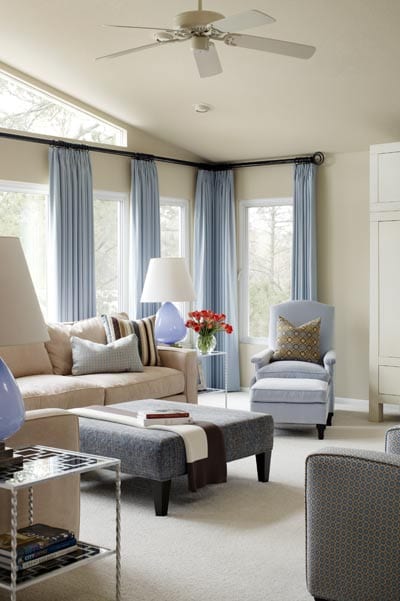 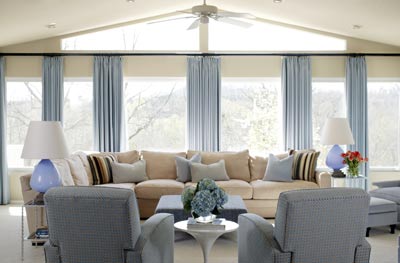 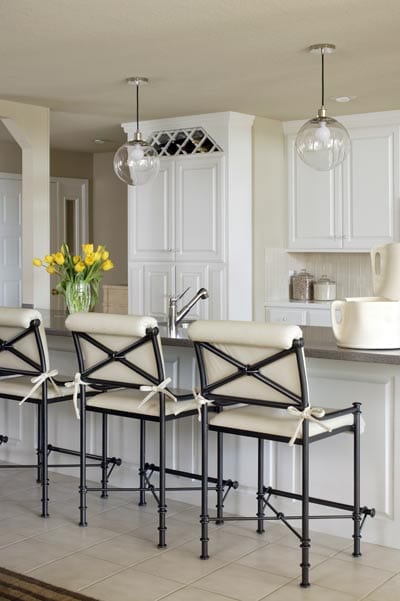 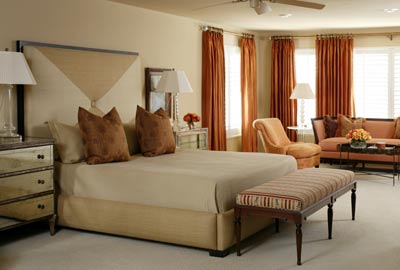 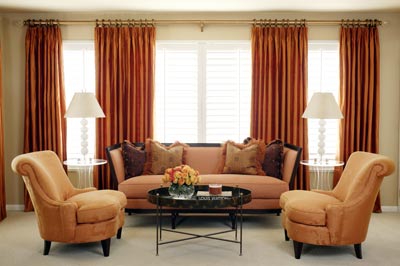 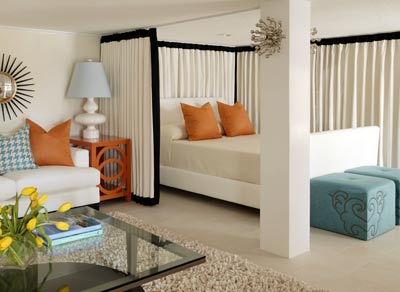 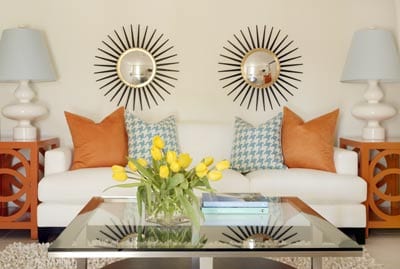 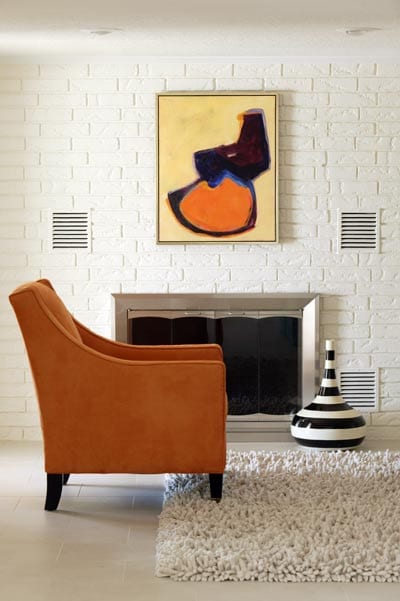 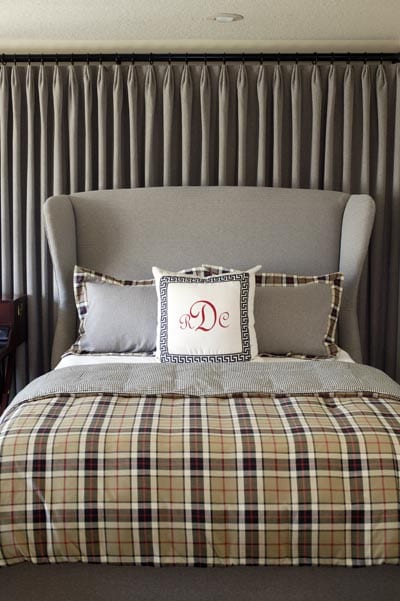 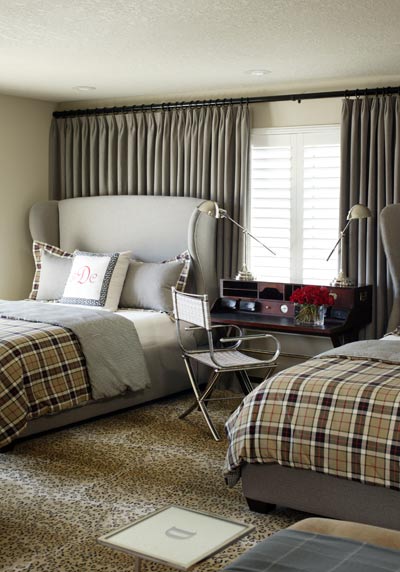 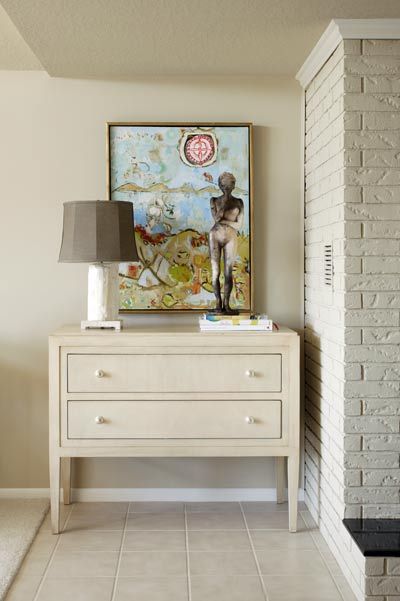 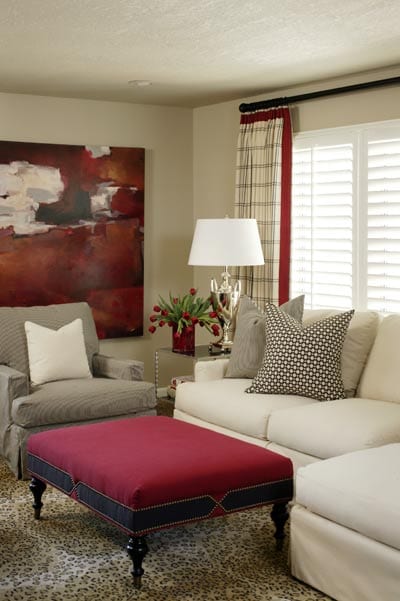 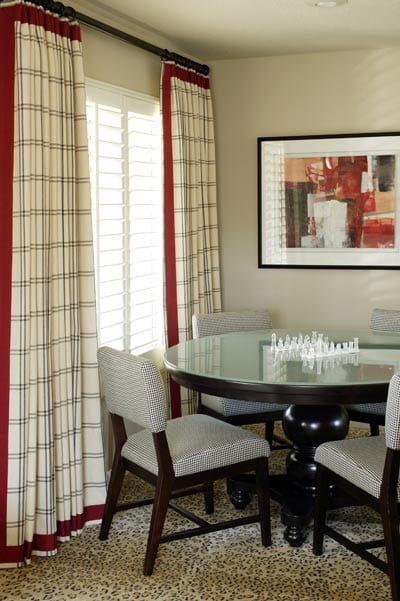 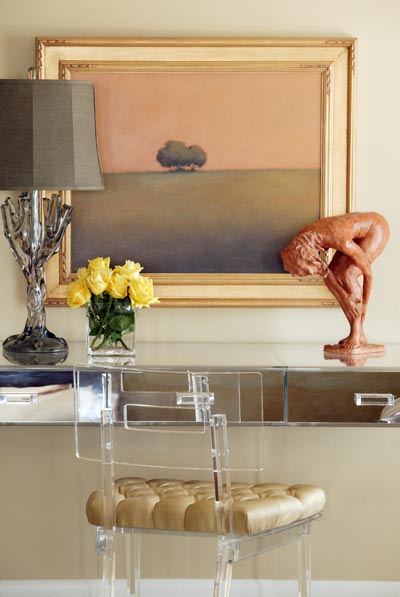 The 1960s ranch-style house has a comfortable atmosphere, thanks to the large rooms and numerous windows that offer views of the Caddo River, and Fairley’s goal was to complement the mid-century architecture with the furnishings. “She wanted a space that was both relaxing and beautiful for her, and one that would remain functional when her family visits,” says Fairley, who began her design with the color scheme. “Every woman looks beautiful in warm peach, coral and rosy hues, and I pulled the blues from the river and nature views,” she says. “I kept each space primarily monochromatic, which lends a more calming atmosphere, and I incorporated lots of original artwork.” As an avid collector, Angela enjoyed outfitted the home with works from Arkansas artists. “I joke that if I had to choose between art and furniture, I would pick art,” she says.

Although the home has a large footprint, there were only two bedrooms, and Angela had turned a den into a room for Clark. Now, she and Fairley decided to transform the boys’ spaces into suites. “With Clark living in Los Angeles, we gave him a full guest quarters and converted the basement into a bedroom, living area, fireplace, bathroom and office,” Angela says. “Chandler has his own suite set up in one of the original bedrooms with the same amenities.” Fairley chose red, black and white, a perfect 1960’s modern scheme, for Chandler’s room, and the basement unifies the entire house with pops of blue, orange, black and white.

“I think the basement is one of my most successful remodels ever,” Fairley says. “By painting the entire basement white, I really made the most of the slightly awkward space, and you can’t discern that the ceiling is less than eight feet tall.”

Angela couldn’t be happier with the completed home. “I really feel like it’s finished now,” she says. “I finally have closure, and I can just enjoy it.”