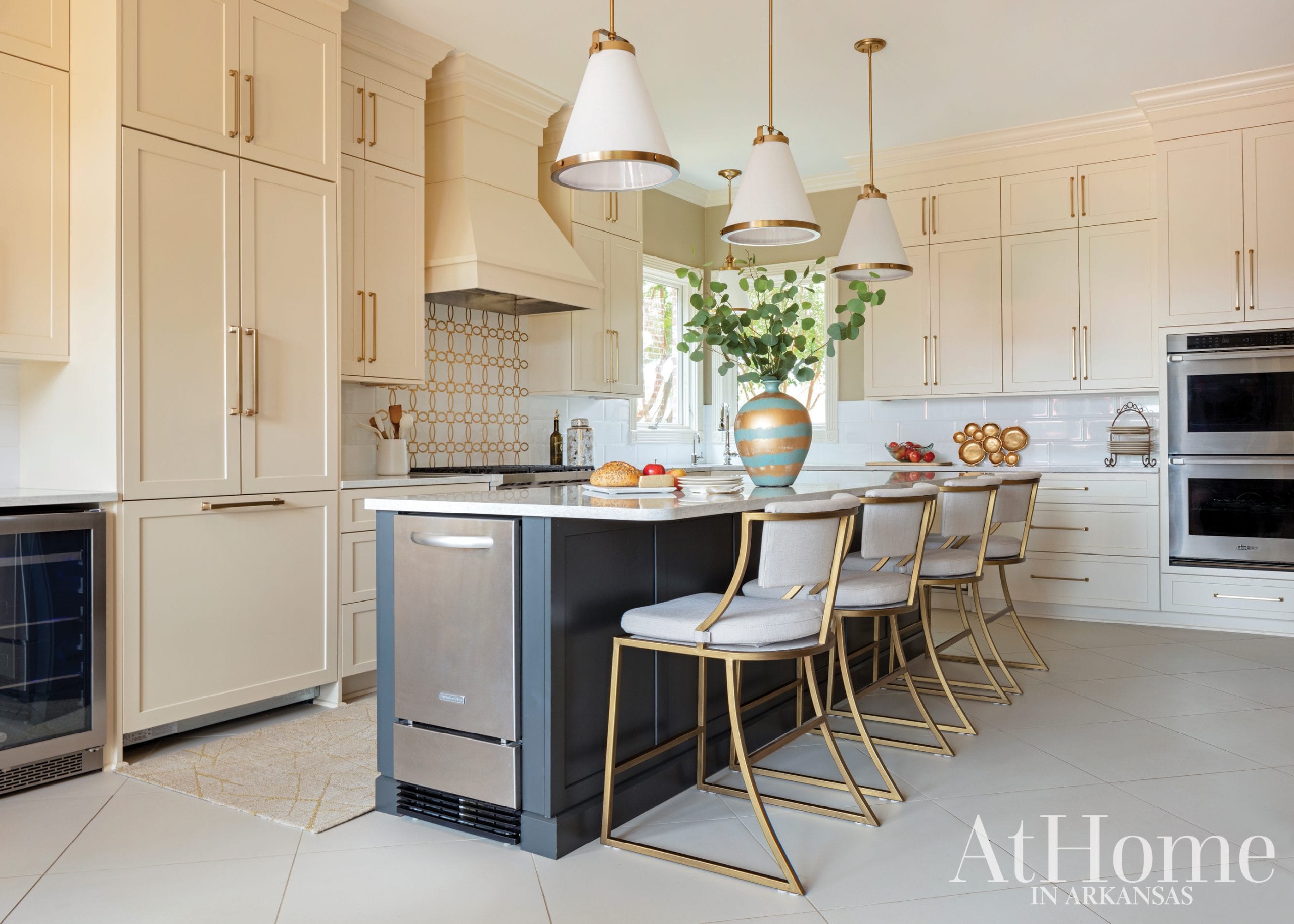 When Debra and David Shumate built their home in 1999, a red and gold palette was all the rage. Two decades later, the couple, who are now empty nesters with soon-to-be a dozen grandchildren, have a different style and different needs. “We had reached the point where it was time to swap out colors, and that opened a can of worms with one of the biggest things being the kitchen. If we were going to stay in this house, rather than downsize, we had to modernize,” Debra says.

After visiting Distinctive Kitchens & Baths’ Little Rock showroom, she knew she’d found the perfect partner for the update in owner Bill Wrape. “What initially struck me about the kitchen was the wasted workspace and the island sitting in between the range and the refrigerator, which was a hassle,” Bill says. To remedy this, the design plans called for the existing island to be traded for a taller, more narrow version, creating space in the high-traffic area and allowing for barstools where friends and family can perch along one side. Additionally, the refrigerator (which is concealed with appliance panels) was relocated to the same side as the range and sink—meaning no more trips around the island to gather ingredients. 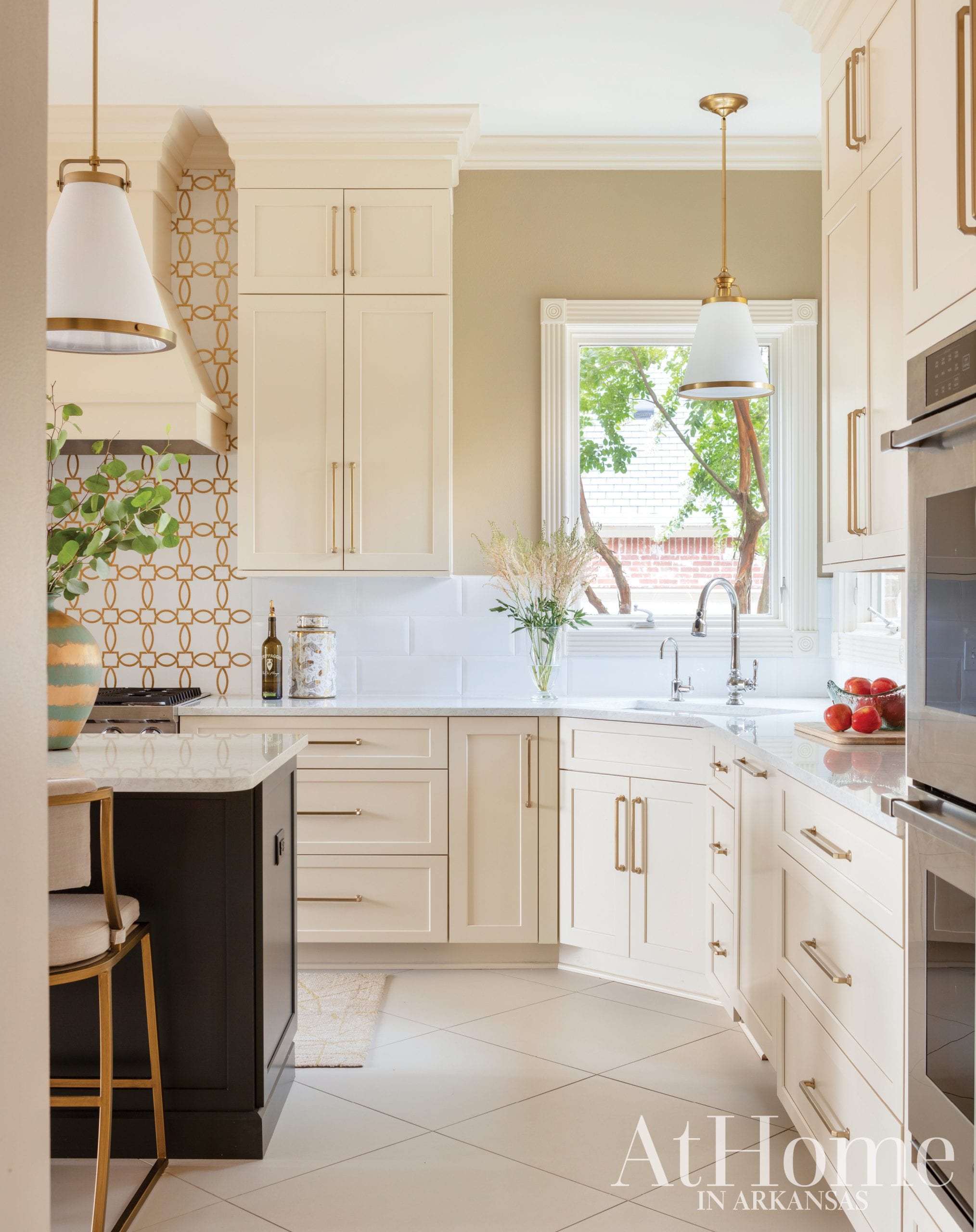 The Shumates lightened up the look by opting for a palette of neutrals with polished accents. “One of the things I envisioned was white and gold,” Debra says. Bill and his team were able to match the new cabinetry color to the home’s existing trim, a move that helped the renovation’s bottom line and adhered to the overall aesthetic. Additionally, black countertops were traded for a lighter option featuring a white backgroundand gray and brown veining that complements the room’s hues.

“The entire kitchen was designed with the idea of being able to have more than two people in it—there had to be plenty of room for friends and family to gather.” —Bill Wrape, designer 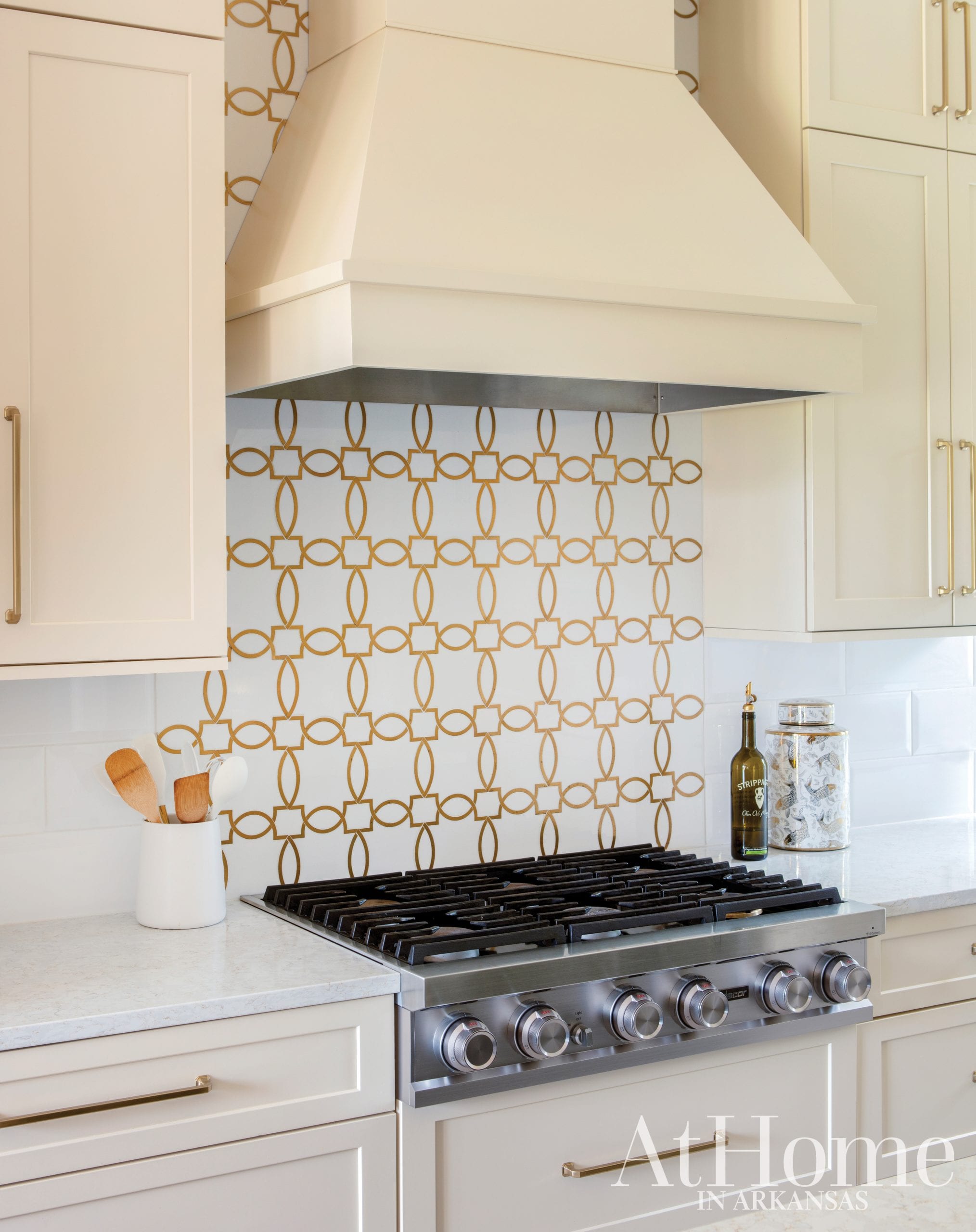 A backsplash tile with gold metallic strips became the style focus over the centrally located range.

Open Bar
One end of the kitchen is devoted entirely to entertaining. The space, which adjoins the living room and has beautiful outdoor views, features a full-service beverage center designed seamlessly in the kitchen’s style. Swivel chairs in the chic lounge area allow guests to turn and easily join multiple conversations.