It’s not simply the quilts that North Little Rock collector Jan Smith loves. It’s the stories behind them as well. Hand stitching and unique patterns are a reminder that each is a personal expression of the woman who made it. Dating back to the late 1800s and early 1900s, each also says something about the time in which it was made. “I can just imagine a woman sitting down and working on one of my quilts after a long day of chores,” Jan says. “They didn’t believe in idle hands back then.” 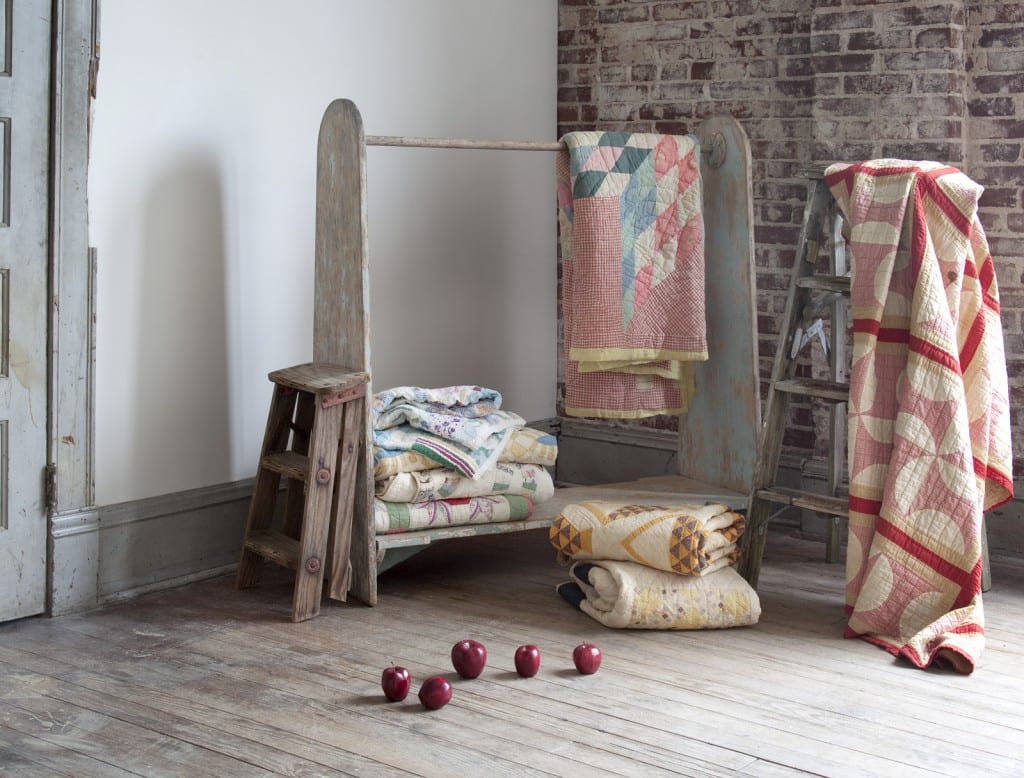 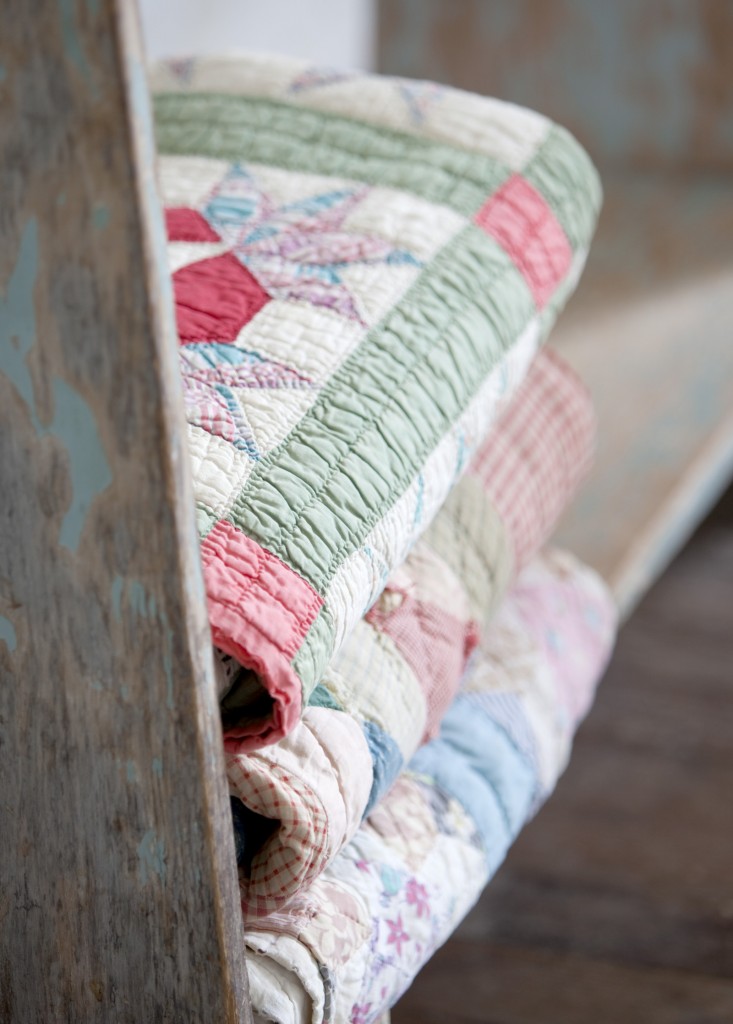 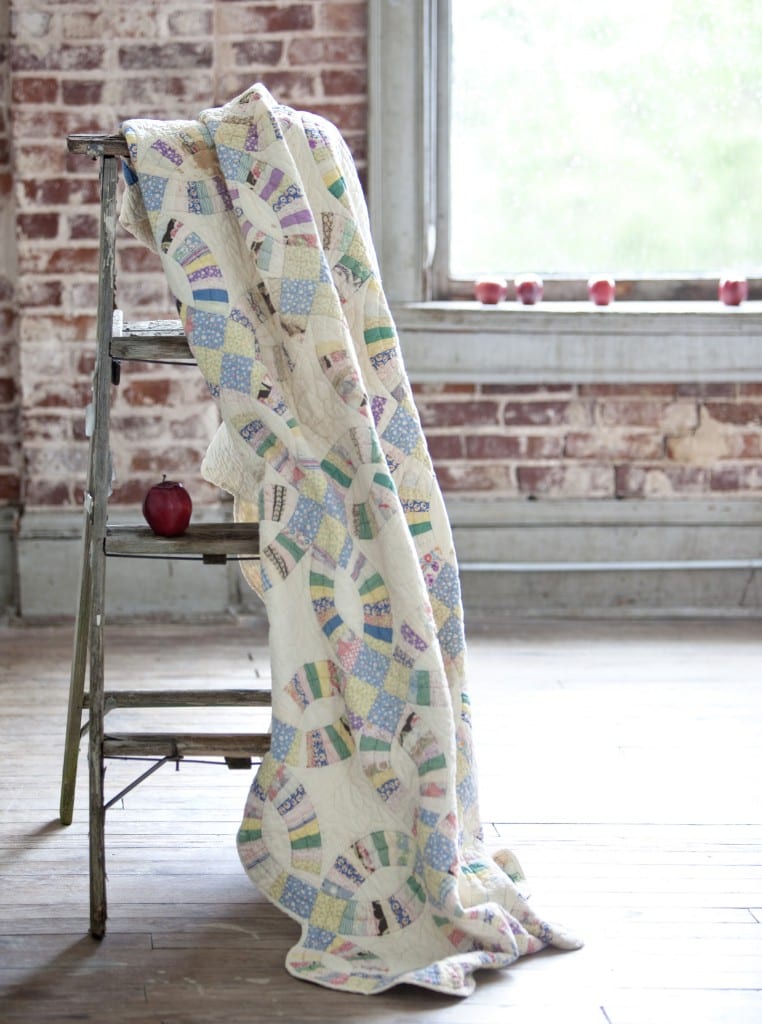 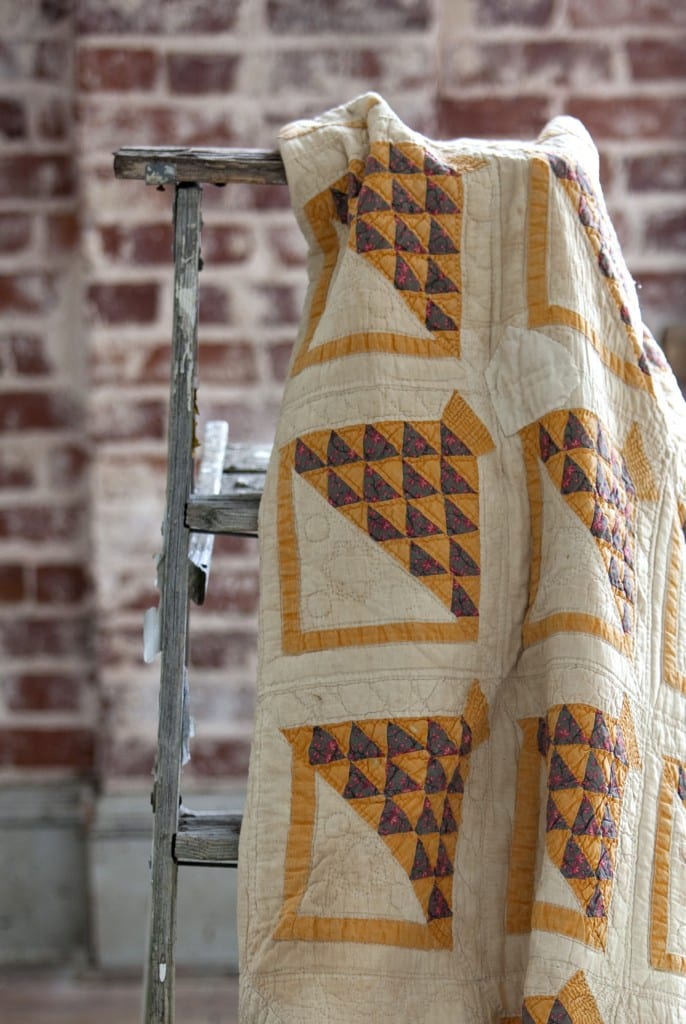 Before television or radio, quilting bees served as a popular social outlet. Friends and neighbors would gather to compete against one another to finish a quilt or to join forces and complete it together, the purpose being to socialize and have fun while being productive and saving time.

Quilting bees were also an opportunity to exchange decorative quilt blocks, likely scraps from clothing, feed sacks, or any other fabric they could find. After piecing the blocks together in a desired pattern, the next step was to add cotton batting as a filling for warmth between the decorative blocks and a single backing layer. All three layers were then stitched together, which is the actual quilting process.

Many times, quilts were used to commemorate a special event. One in Jan’s collection, found with a hand-written note pinned on, was made as a wedding gift from a mother to her daughter in 1867 and passed down through the generations. On another one, each patch of fabric features a woman’s name—such as Betsey Oates and Pearl Harvey—embroidered as a personalized gift from a close-knit group of friends.

Yet another style, popular in the Victorian era, was “crazy quilting,” Jan explains. Rather than symmetrical patterns, women pieced together triangles and oddly shaped pieces of fabric. Made from velvet, brocade and often silk, these styles are rare today because they tend to rapidly deteriorate.

Jan, who began her collection nearly 30 years ago, now has more than a dozen to her name, and in a wide variety of styles. One of her favorites was a gift from her thoughtful husband while they were still dating—a pale blue and yellow version that cost a steep $200 in the early 1980s. “I remember being so excited,” laughs Jan. Because price was a factor, she usually purchased lower-priced quilts for herself.

Fond of the collection she’s acquired, Jan displays them proudly. Hanging on the wall as art or folded at the foot of a bed, they’ve always served a purpose in her home, just as their makers intended. “Quilting was a way to put your efforts into something that you could benefit from later on,” Jan says, “and for a really long time.”