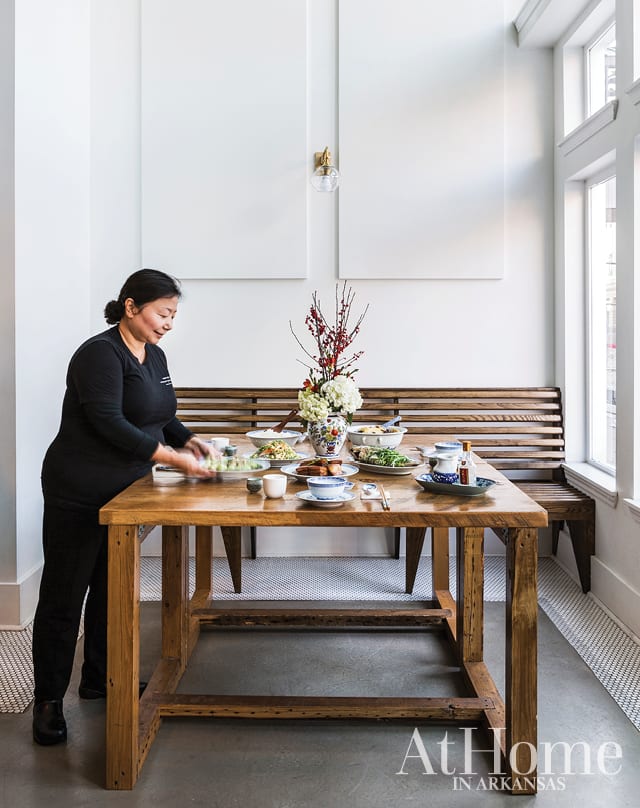 Zhang sets the table at Three Fold Noodles + Dumpling Co. in downtown Little Rock. Previously located in the Tower Building, the restaurant re-opened in the Democrat Building in fall 2017.

Lisa Zhang knows a thing or two about traditional Chinese cuisine. As the chef and owner of Three Fold Noodles + Dumpling Co. she’s been serving Chinese food to downtown Little Rock patrons since 2014, but she got her start making the restaurant’s signature dumplings when she was just a little girl.

When we approached her about walking us through a traditional Chinese New Year celebration—observed this year on February 16—she was more than happy to talk cooking methods and Chinese culture, starting with the symbolism of the menu. “In Chinese cooking, we pretty much use every part of an ingredient,” Zhang says. “Animals are cooked whole to symbolize that you’ll have good fortune from the beginning to the end of the year.”

The symbols in a Chinese New Year feast continue: Zhang explains that in Chinese eating philosophy, aroma, taste, and color are equally important. “When people judge a dish in China, they judge the appearance first. It must look good,” she says. Colorful ingredients, especially vibrant greens and spicy reds, help an already flavorful dish stand out when plated.

While tradition is important, Zhang assures us it’s OK to bend the rules if necessary. For example, we set this meal at a square table instead of the customary round setting. And while a normal Chinese feast has eight to 12 courses—eight represents luck and 12 symbolizes completion, as in the full circle of the Chinese zodiac—fewer are certainly acceptable.

Food is served family style starting with a cold dish and followed by soup and protein dishes, and finally ending with some lighter fare. For this meal, Zhang serves a cold cucumber salad, chicken broth, steamed whole fish, braised pork belly, and bok choy with straw mushrooms. True to her word, Zhang cooks both the chicken and fish whole, noting that not only is this method symbolic, but the results also pack more flavor. “Of course, it’s not convenient to pick off the meat, but the slow and meticulous process is a part of the enjoyment of eating,” she reminds us. 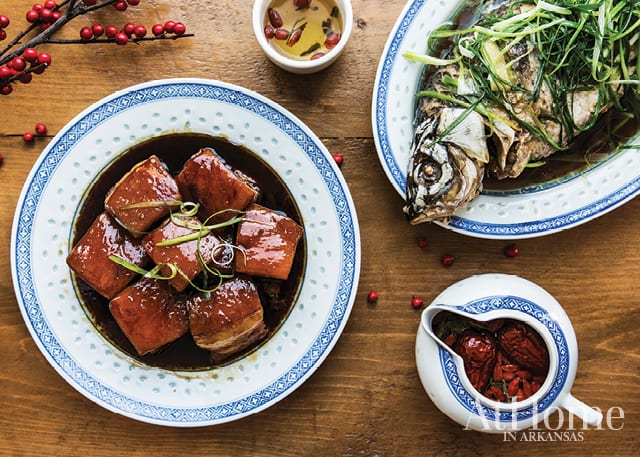 Braised pork belly and steamed fish are served on blue and white china in a traditional Chinese pattern. These were made in the Chinese province of Jiangxi, Zhang explains, and were a close friend’s family heirloom. 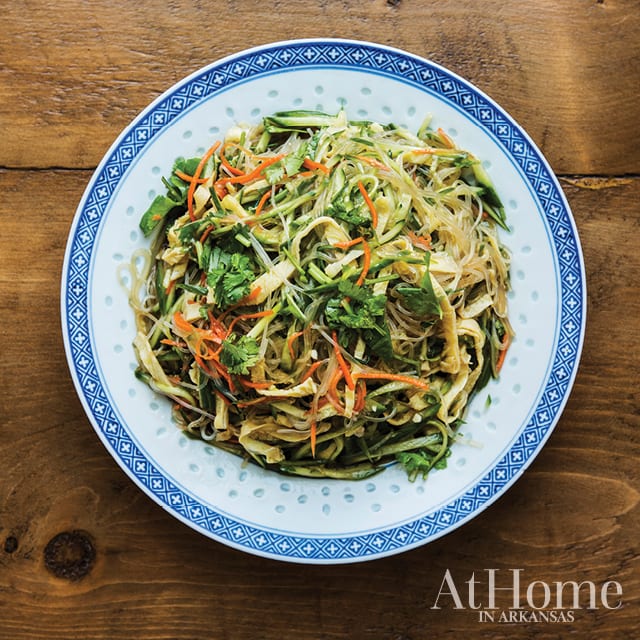 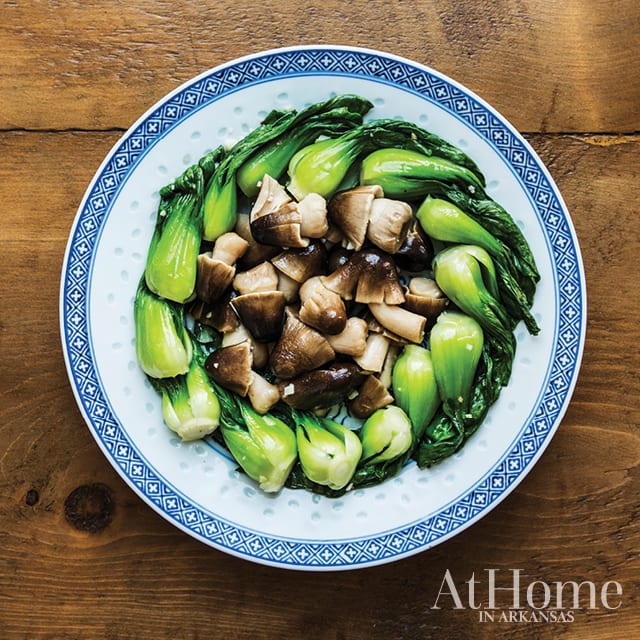 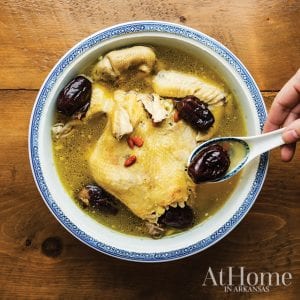 Chicken Soup with Dried Dates & Goji Berries
Once you try Zhang’s chicken broth, you might never go back to Campbell’s. Dried dates and goji berries give a “light flavor and warmth to the soup,” she says, adding that, like other chicken soups, this one is particularly nurturing for those under the weather.

PREPARE
Submerge whole chicken in cold water in a large pot. Bring to a boil, skimming off the impurities. Turn heat down to a simmer.
Add the block of ginger and the bundle of whole green onions to the pot. (Pro tip: Wrap the onion into a sphere shape so as to prevent it from breaking into pieces while cooking). Simmer for one hour, then add dried dates and goji berries to the pot. Simmer for another hour. (Simmer for at least two hours total, but longer if possible for more abundant flavor.)
Season broth with 1 tablespoon of salt, adding more if desired.