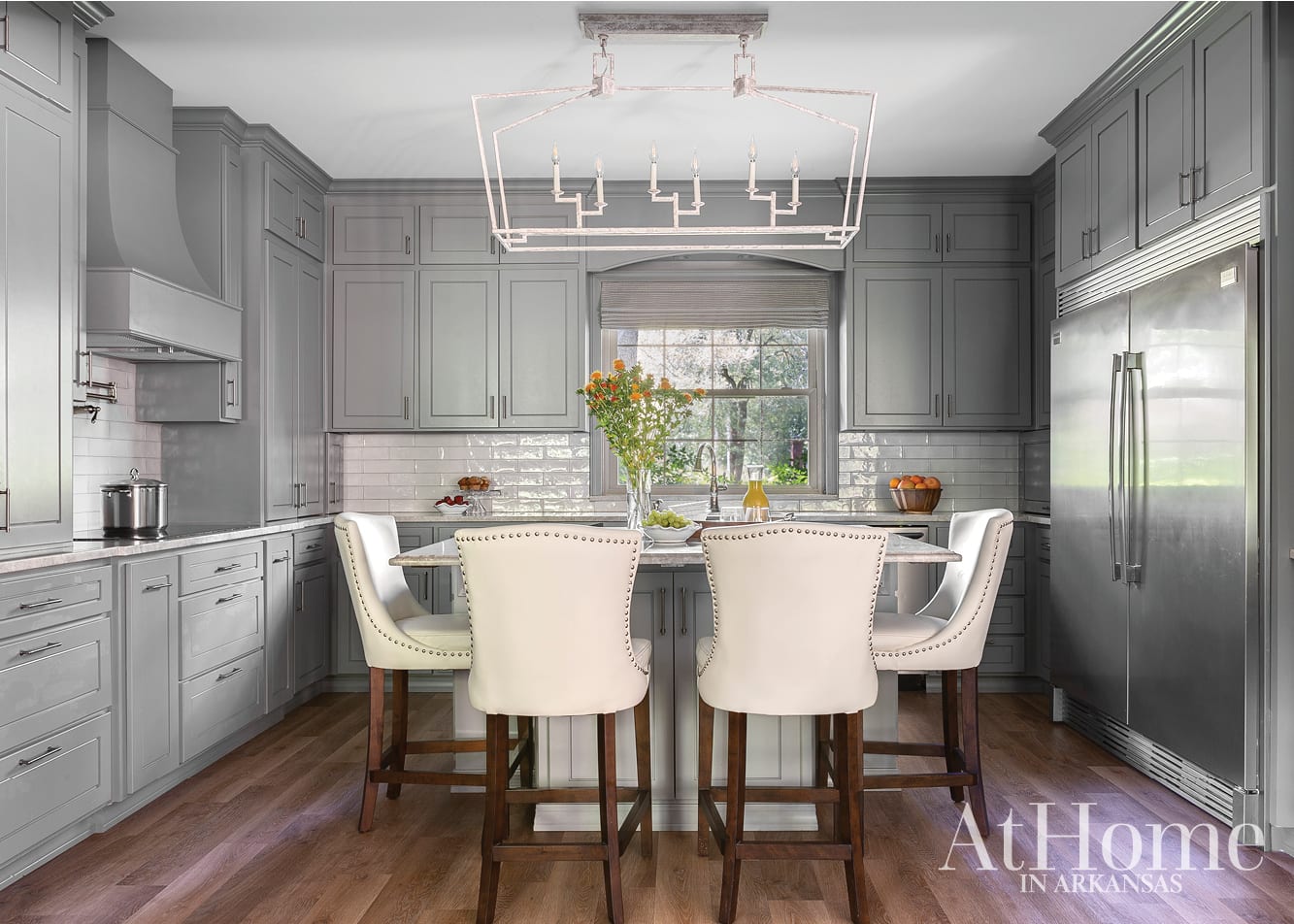 When Courtney Smart Stone, the owner of Smart Designs, first laid eyes on the house she shares with her husband, Phillip, and their two small children, Cline, 5, and Taylor Grace, 4, she fell in love with the layout. “This house has great bones. I could see my family playing in the big great room, and I really liked how all of the bedrooms were close to one another,” she says.

However, the home’s cramped galley-style kitchen was one space that didn’t function at full capacity for the family. “My husband loves to cook, and when the two of us were in there together, we were constantly running into each other,” Courtney says. Initially, she began to remedy the situation by removing a wall between the kitchen and living room, opening up the space. But soon after, the cooktop and oven went on the fritz, leading the couple to make the jump to a full remodel.

In addition to more space, Courtney also prioritized organization. “I do not like to see clutter; I think better when my space is clean,” she says. To this point, she created stations around the kitchen to conceal everything from the coffeepot and stand mixer to an area for paying bills and keeping up with the family calendar. Even a pair of double ovens and a warming drawer are hidden from plain view on the back side of the island. Other additions, including a pot filler over the new range and a touchless faucet, add convenience. “When your hands are full, the touch faucet makes all the difference in the world,” Courtney says. 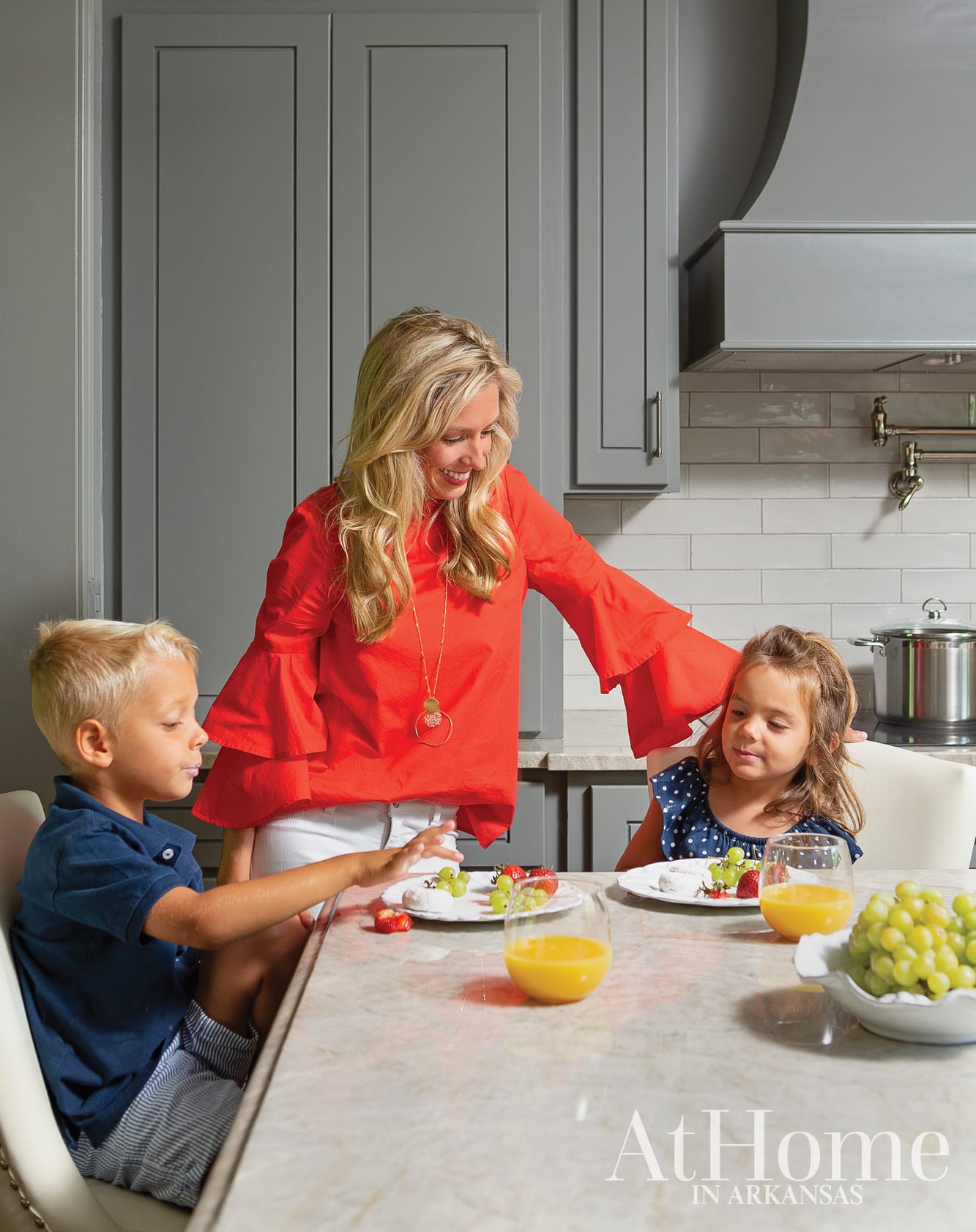 “I do not like to see clutter; I think better when my space is clean.” — Courtney Smart Stone

As for style, the designer says she knew “the aesthetics would come” after she created a room to work for her family. “Victoria Falls” quartzite was the starting point for the palette. “There’s a lot of movement and interest in this pattern,” Courtney notes. That veining pattern along with a range of colors, including green, gray, blue, beige, and cream, drew her to the selection and its pairings, which include a green-gray hue (Sherwin-Williams’ “Cityscape”) on the outer cabinets and “Mindful Gray” (also by Sherwin-Williams) on the island. “I wanted a color on the perimeter that would blend with the stainless appliances. For me, design is about the whole picture, and I wanted this room to have a peaceful flow,” she says of the selection. “I believe the kitchen really is the heart of the home—and where we often spend the majority of our time—so it’s important that you love it.” 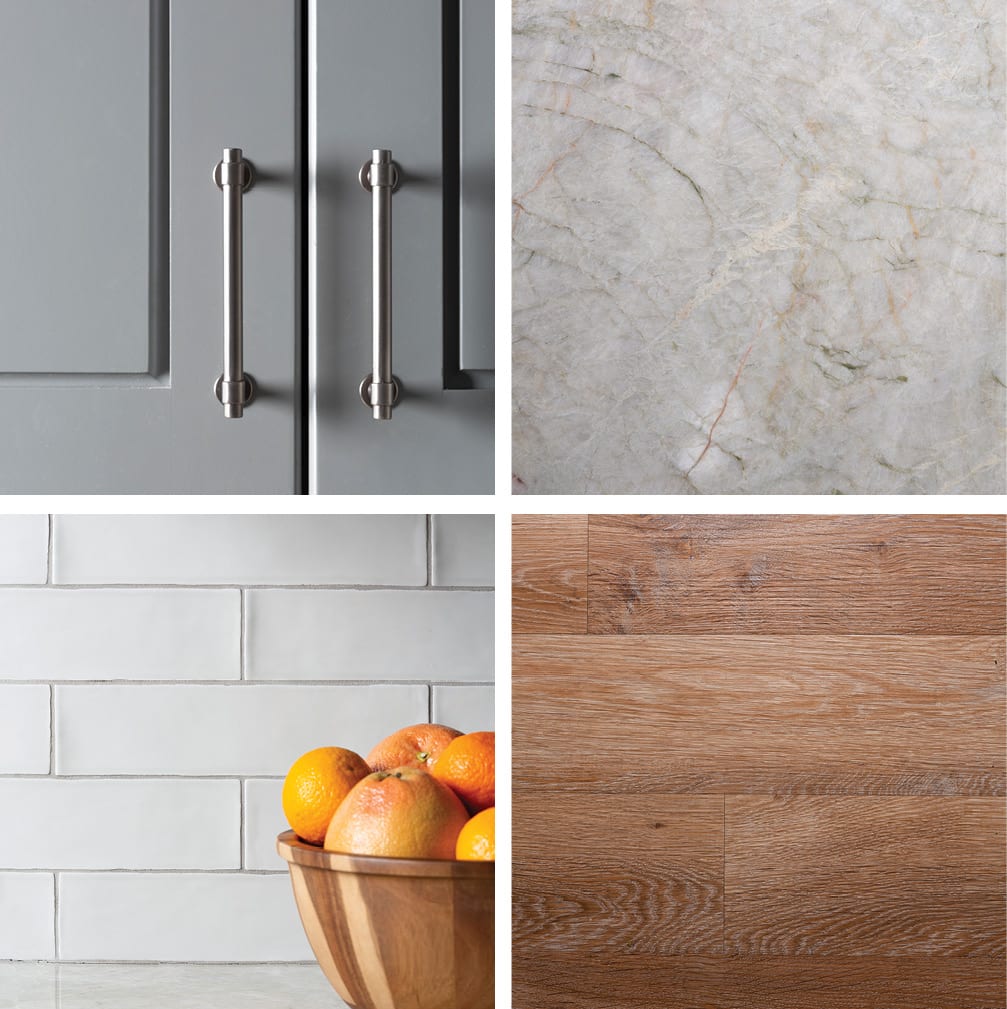 Warm hues and handmade subway tiles are a few of the elements that bring a coziness to the kitchen. 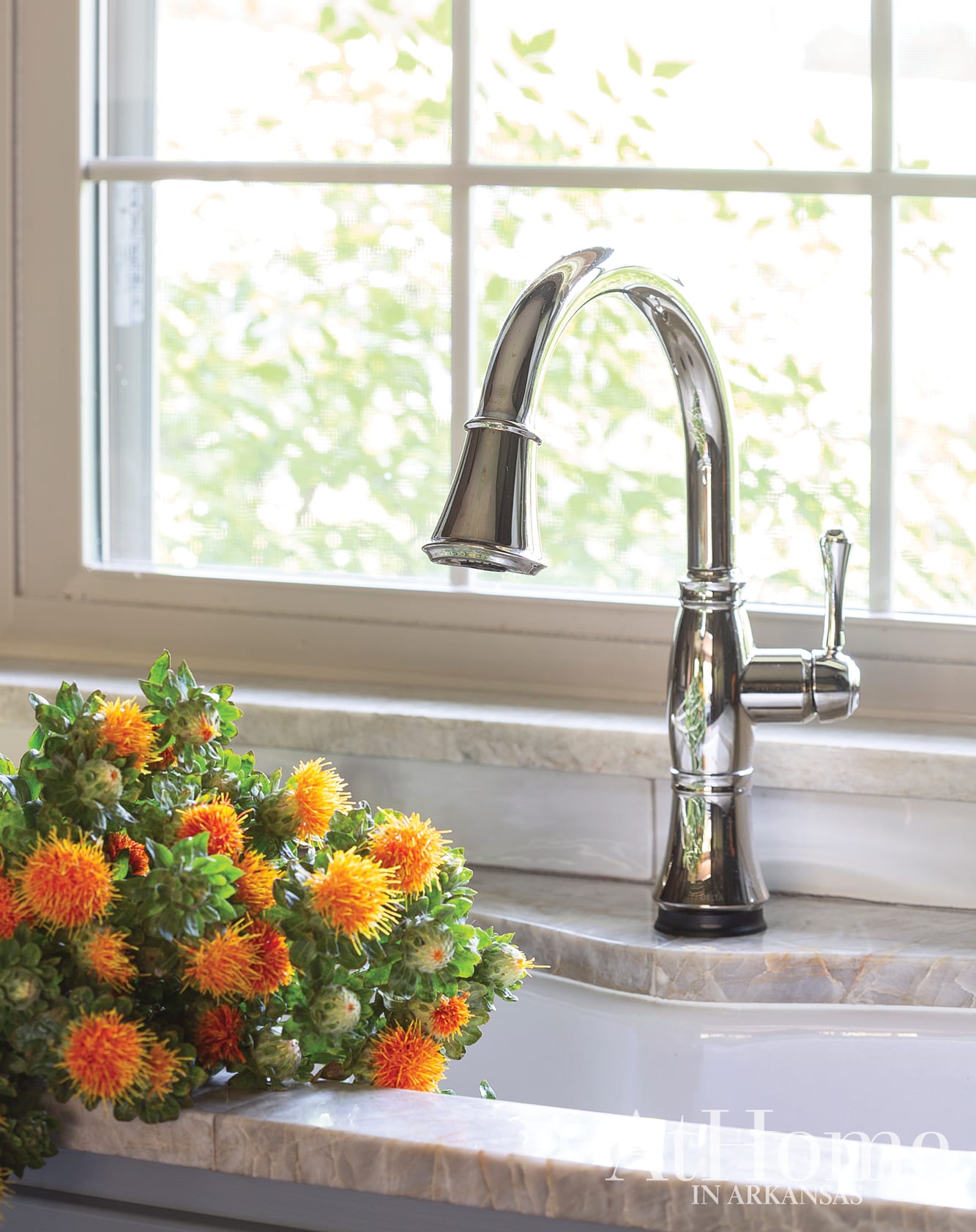