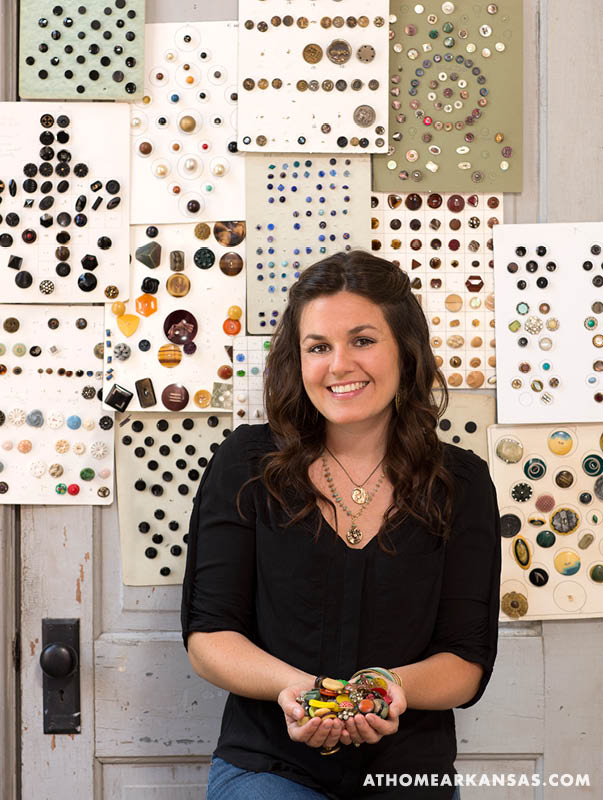 COLLECTOR Brandy McNair HOMETOWN Harrison; currently lives in Little Rock HER OBSESSION Buttons HOW IT BEGAN McNair developed a love of buttons at an early age. Her grandmother, Florine Thomason, is a button collector and introduced her to the hobby. From there, McNair says, “I just started collecting. My grandmother lived just up the road, so I would spend many nights there digging through old buttons.” 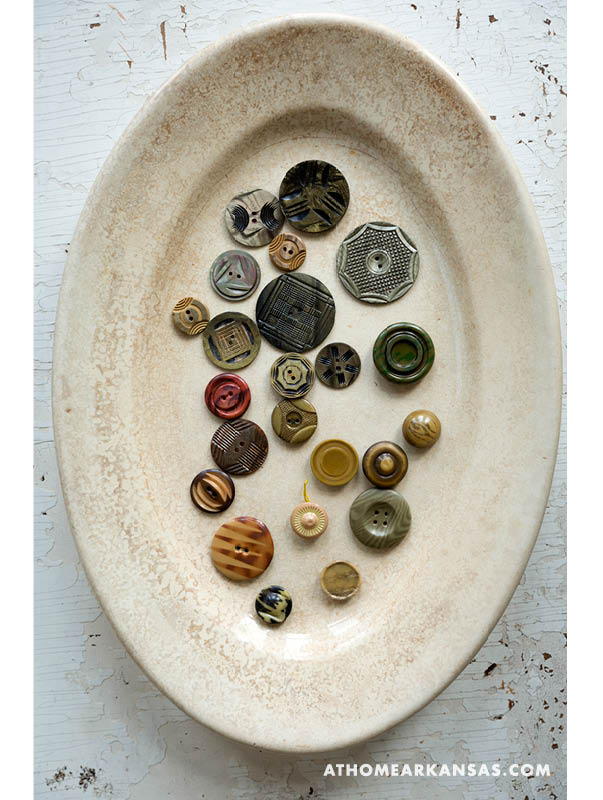 BUTTONS HAVE BEEN A PASSION FOR YOU SINCE YOU WERE A CHILD. DID THIS PLAY INTO YOUR DECISION TO START MAKING YOUR OWN PIECES AND LAUNCH BELLA VITA JEWELRY? Well, many of the materials cross over. The beads that are used in jewelry making have a similar history to many of the buttons I find. This is just a little more fun because it’s something that’s not business, but my hobby! 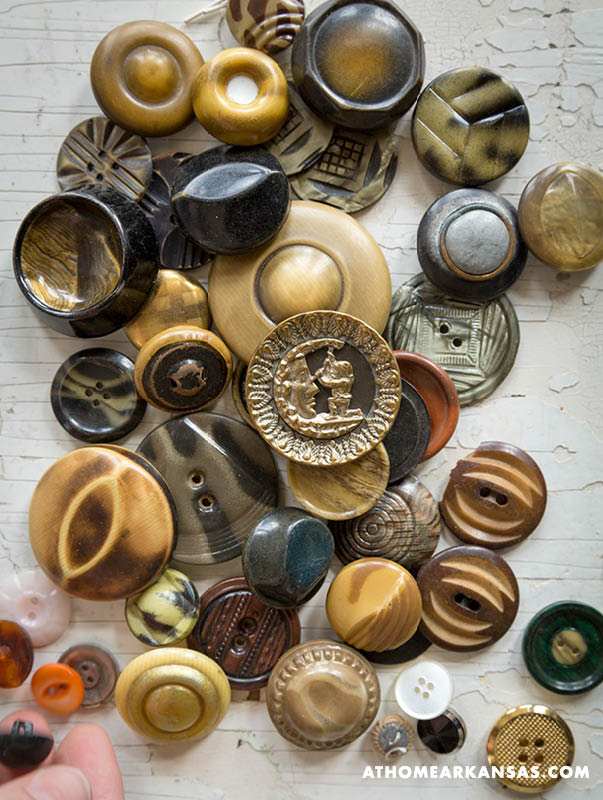 DO ANY OF THE BUTTONS YOU FIND APPEAR IN YOUR JEWELRY DESIGNS? When I started my business, I began making rings out of the buttons. I don’t do as many of these anymore because I don’t want to sell my buttons! I still wanted to use them though. So, I created a line of jewelry that I make from molds of the buttons. That way I get to use them in the designs and keep my collection. 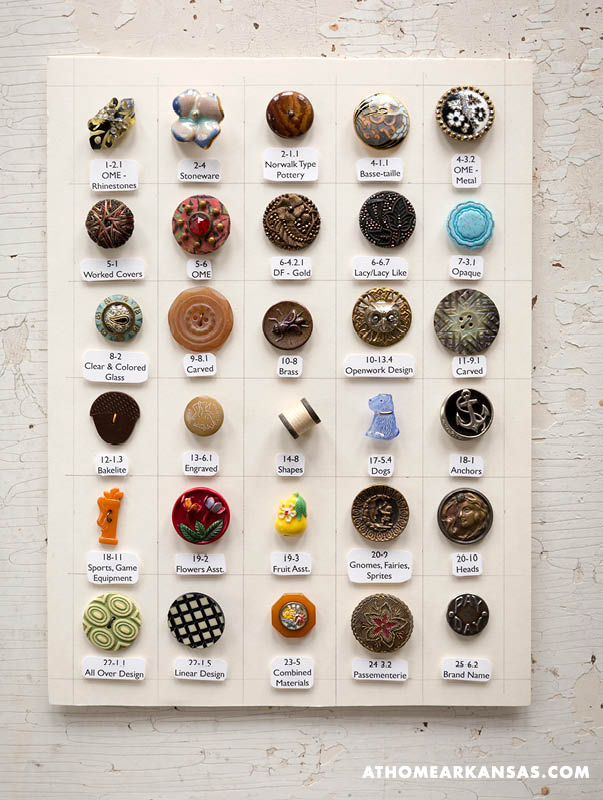 IT SEEMS LIKE THERE ARE NUMEROUS KINDS OF BUTTONS. WHAT ARE SOME OF THE DIFFERENT TYPES? There are a lot! I belong to the National Button Society and they have a system for listing and identifying each one. Some of my favorites are picture buttons [like the one shown on the top at right], which are mostly made of brass. A lot of these have scenes of fairytales and are from the early 1900s. Then there are uniform buttons, diminutives (which are just small buttons), and glass ones, which I use a lot in my jewelry.

YOU MENTIONED YOUR GRANDMOTHER INTRODUCED YOU TO COLLECTING BUTTONS. DO YOU TWO STILL SHARE THE SAME PASSION? Yes, we actually just went to the National Button Society Convention in Springfield, Missouri. My grandmother has a button room in her house where she keeps her collection, and many of the ones I have in my own collection came from her. It’s really special that we have this together. 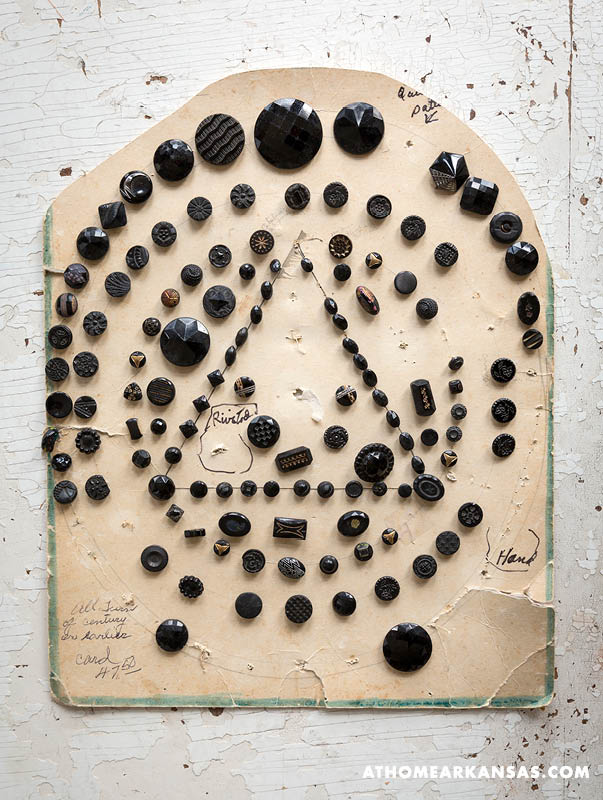