Nothing brings friends together like a good design project. At least that’s the story of homeowner/designer duo Jamie Clark and Joanna McCusker, who quickly became gal pals over mood boards and countless cups of coffee. As the pair’s shared appreciation of French antiques and functional spaces surfaced, McCusker recalls how the design consultations turned into “fun, little lunches and dinners,” and the rest is history. 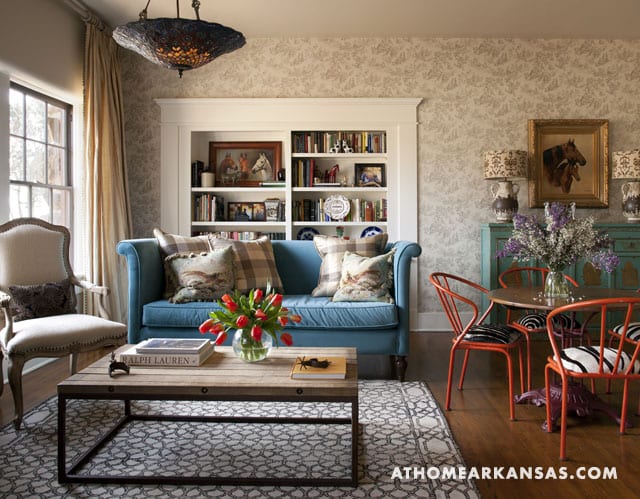 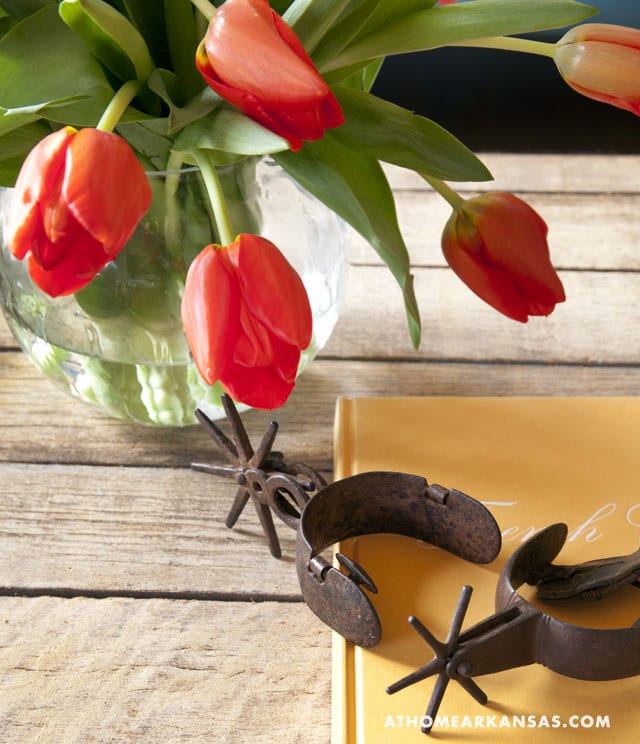 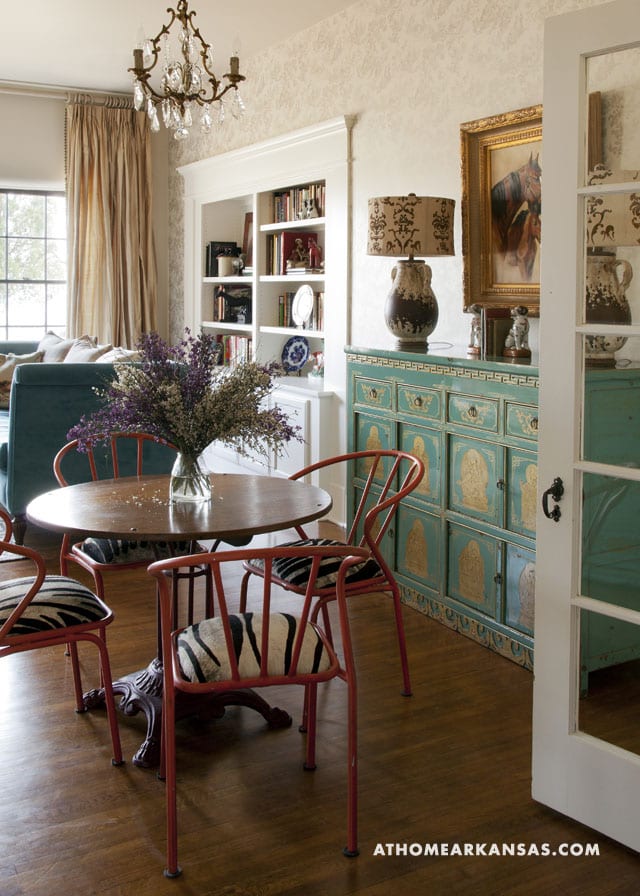 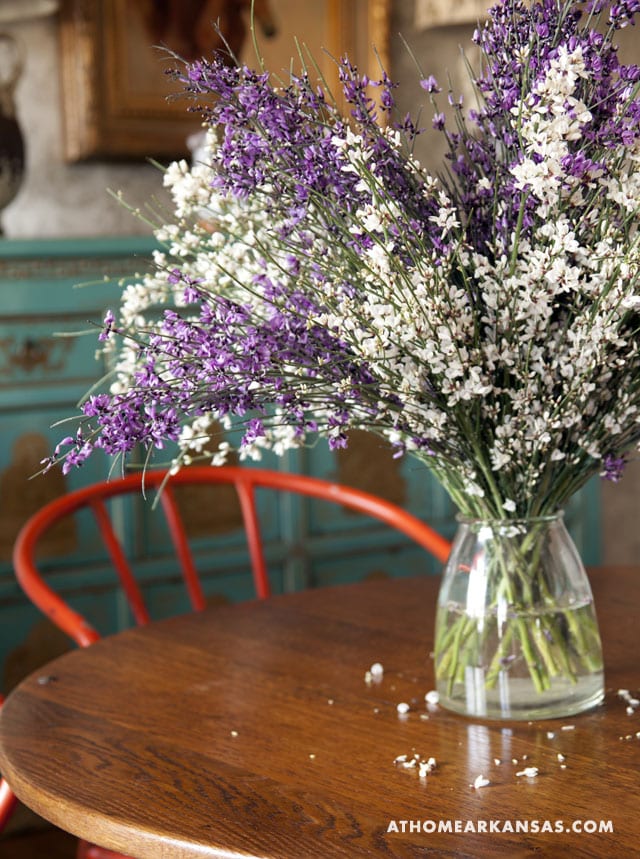 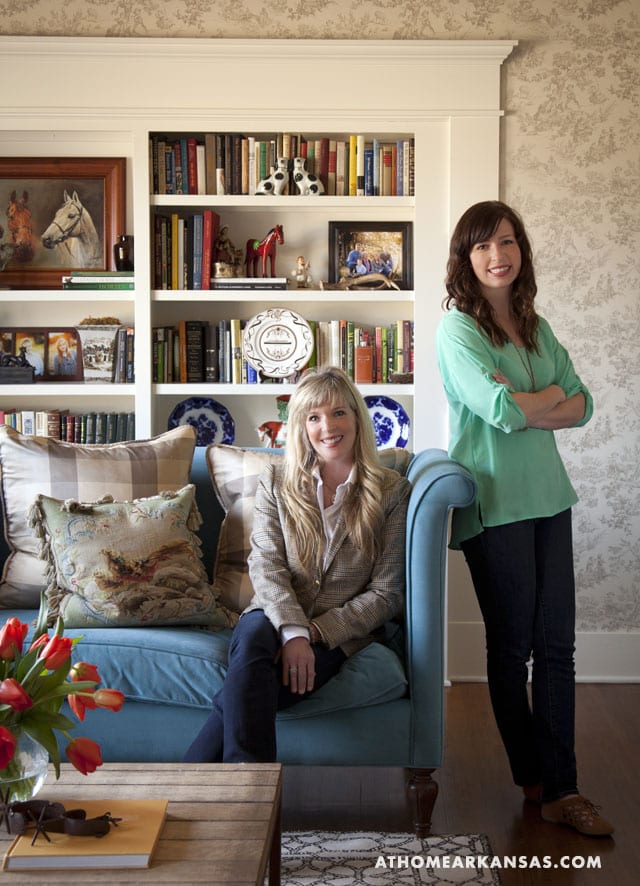 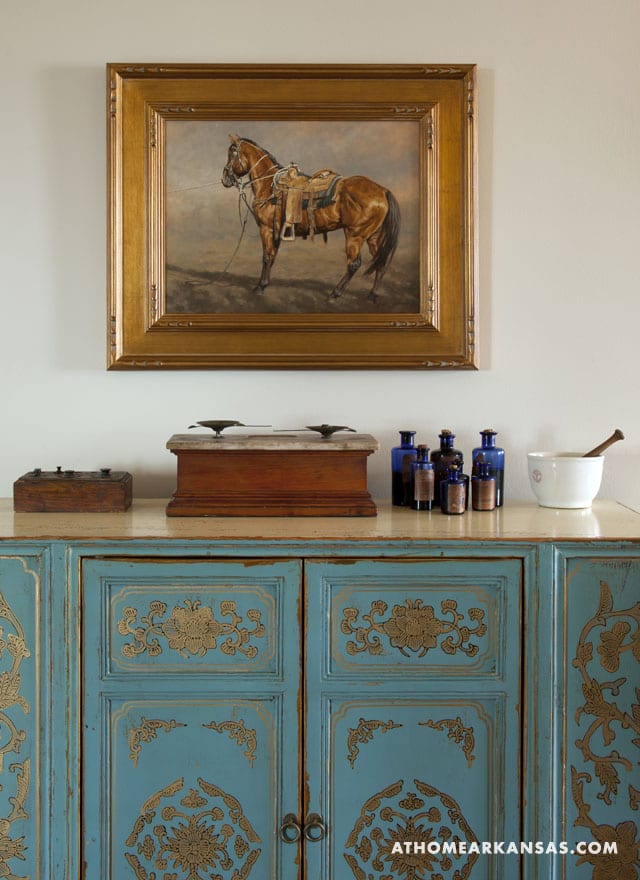 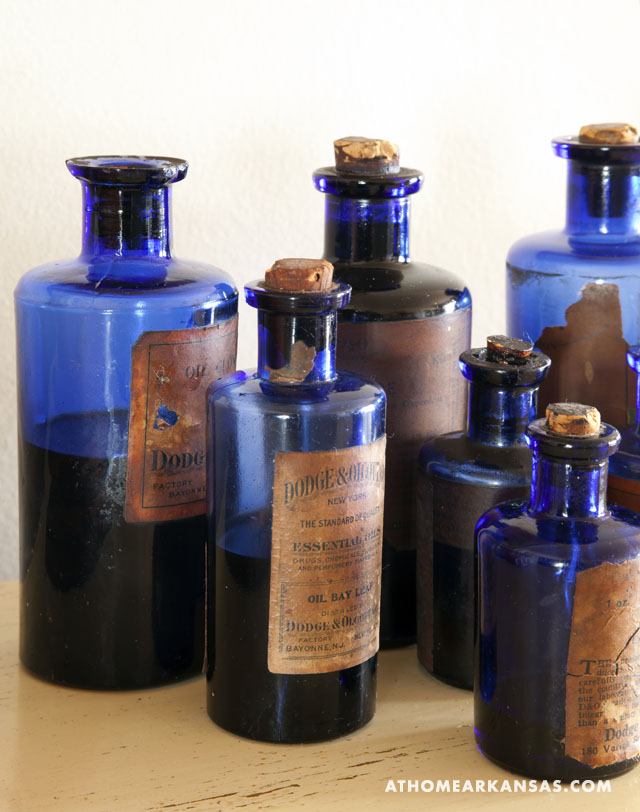 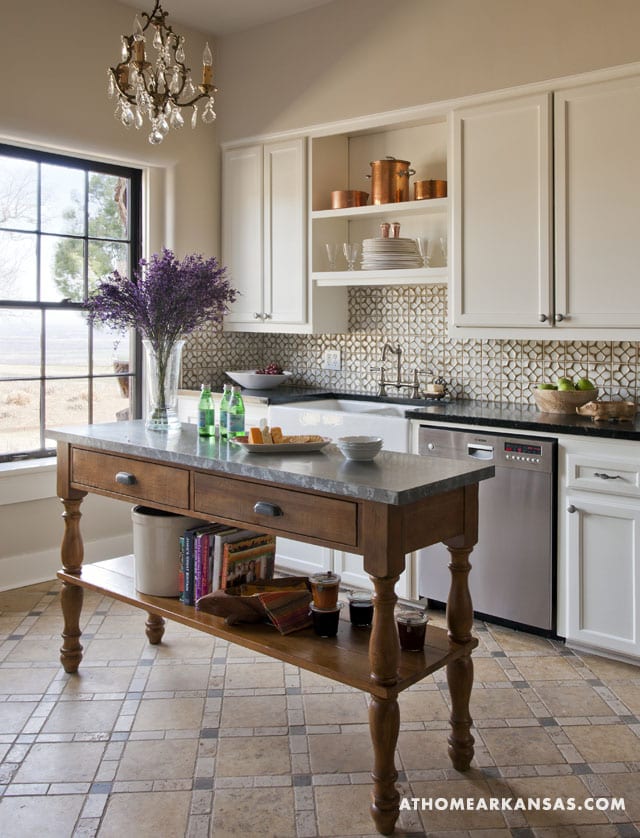 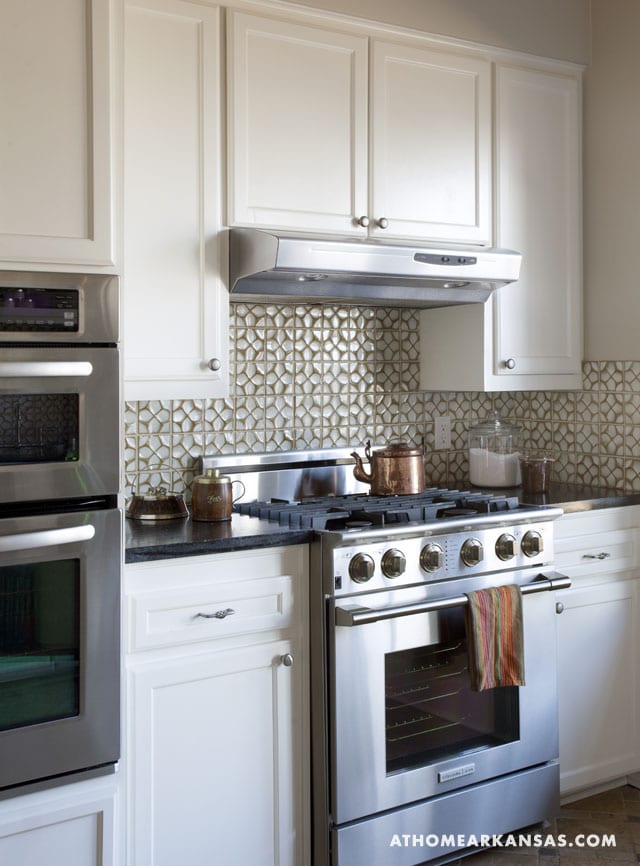 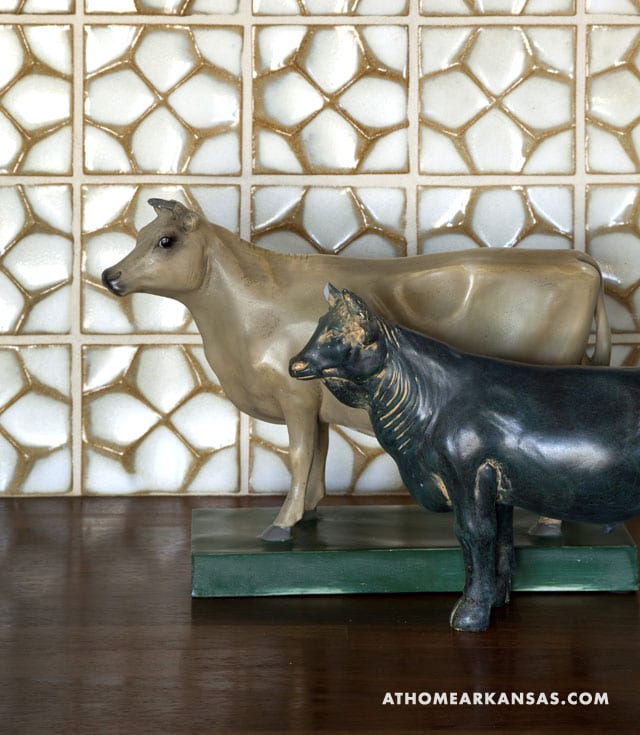 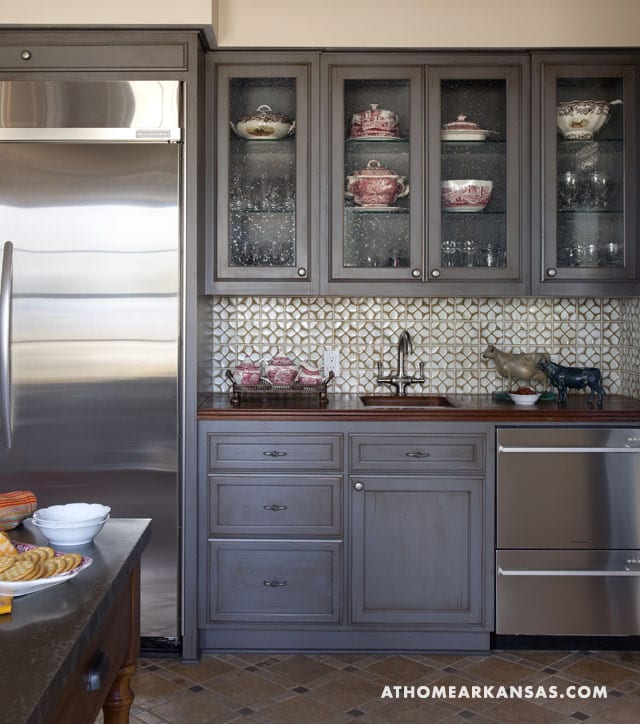 It’s no coincidence that Clark and McCusker found common ground in the crosshairs of interior design and culinary arts. After all, dining and entertaining in comfort were Clark’s initial inspirations to redesign her once-cramped kitchen, den and pantry areas. Throw in McCusker’s knack for mixing old and new, and you’ve got a recipe for colorful, chic perfection with a touch of vintage charm.

When Clark found her small, but character-rich cottage no longer conducive to her family’s daily lifestyle, not to mention entertaining, she recruited kitchen design expert McCusker, who works as a freelance home designer, as well as a consultant for Springdale’s New Century Counter Tops. “This house is very unique,” Clark reflects on her charming residence, rife with whimsy and quirk. “I’m really drawn to that English countryside look of homes, furniture and even lifestyle,” and she’s not kidding. Atop a grassy hill on the outskirts of rural Van Buren, the Clarks’ ranch-style property includes a herd of horses and a sweeping view of the Arkansas River Valley—the picture of pastoral bliss.

This “countryside look” is exactly what Clark insisted remain intact during the redesign process, while also adding usable space with unexpected pops of interesting color and pattern. Characteristic of many built in the 1920s, Clark relates that her home is modest in space, and many of its rooms have been repurposed through the years. Naturally, a woman who hosts as frequently and readily as Clark needs a maison as capable to multitask as she is. The challenge was to maximize the existing space without moving walls or extending into other parts of the house. “I didn’t know how she would solve it, but she did,” Clark brags on her friend, McCusker.

“As basic as it is, color brings dimension and lightness to a room instantly, unlike any other element of design,” says McCusker of her solution to “expand” the small cottage. She artfully underscored the warmer tones so fond to the homeowners, while introducing new colors and patterns to the formerly neutral-heavy interior. “One of my favorite things,” Clark notes, “is the unifying gold treatment throughout the house…in the kitchen backsplash and floor tiles, the den’s silk drapes and classic toile wallpaper. It’s a light source that makes everything feel bigger.” The turquoise couch and buffet contrast nicely with the cream-colored built-in shelves, French doors and lightly accented walls, as do the orange-rimmed dining chairs with the black-and-white of the zebra-print seats.

“Personally, I’m not scared to paint a wall of color,” says McCusker, who notes she tames the color’s “newness” with more traditional complements. Due to Clark’s love of antiques, considerations were made to incorporate this passion through several key pieces. McCusker used two gilded chandeliers—one in the kitchen and one over the dining table. Retro-inspired dining chairs from Tracy Porter help to add an eclectic air to the space, making the room feel as if the pieces were truly chosen based on Clark’s taste, rather than a sternly structured design. McCusker echoed this appeal in the purposefully distressed turquoise couch and buffet from Horchow. Although the furniture selections are new, they have the charm and quality of older, vintage pieces.

Clark is infinitely pleased with the outcome. “We love it!” she exclaims. “I enjoy cooking for family and friends, and we eat at home a lot. The renovation has really infused comfort into an uncomfortable space.” Besides the appearance of added space thanks to McCusker’s clever use of color, the Clarks now have double the storage space, a larger refrigerator, two dishwashers, a vegetable sink and a new laundry area in the pantry. The mark of true success: “I’ve been over to [Clark’s] house several times since the redesign, and everyone’s always hanging out in the kitchen! I don’t know if I’ve done a good or bad thing,” McCusker laughs. 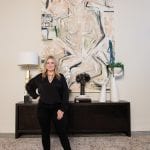 Sponsored Content In light of COVID-19, many small business owners across the state are finding ways to adapt during social distancing. Casey Sarkin of Casey Sarkin Interior Design is one such ...

END_OF_DOCUMENT_TOKEN_TO_BE_REPLACED 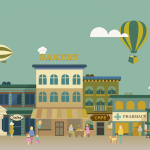 We love our little corner of the world, which is why we want to protect it during this time. For us, that means not only spending extra hours at home, frequent hand washing, and a bit of social ...