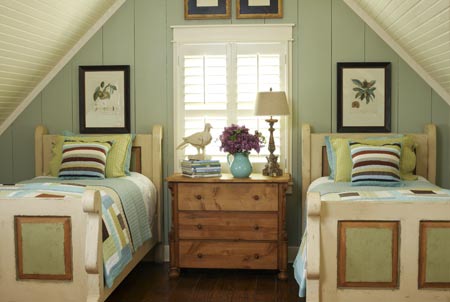 On most mornings, Jeff Chapman and Stan DuBois can be found in their kitchen, sitting at the breakfast table and watching wildlife out the window. Deer cross the meadow and finches congregate in the trees as the sun rises over the Ozark Mountains, the view enticing the pair to linger for a few extra moments before they’re off to work in nearby Eureka Springs at their home furnishings store, Vintage Cargo.

This bucolic setting is what persuaded Jeff and Stan to purchase the property four years ago, despite the fact that the existing house wasn’t nearly as impressive as the site. Built in the 1970s, the house was both modest in size—1,500 square feet—and in building materials, with flimsy wall construction and small vinyl windows. “It felt very insubstantial,” says Jeff, “and this great place seemed to deserve a more classic little cottage, the kind of house you find all around Eureka Springs.”

Jeff and Stan began an extensive renovation that involved gutting the house and starting over. They kept the footprint intact, even though the small size was a significant change from the 5,000-square-foot home in which they had been living. “That house felt too big for us, and we only used half the rooms on a regular basis,” says Jeff. “Here, we wanted to redesign it so we would use every square inch.”

To do so, they converted a series of small living, dining and galley kitchen areas into open, informal spaces, using the home’s existing stone fireplace as a partial divider between the new living room and an enlarged kitchen with a built-in breakfast nook. Vaulting the former 7-foot ceiling into attic space helped the living area feel larger, and adding expansive windows and French doors played up the views. 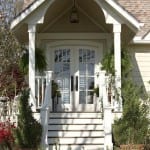 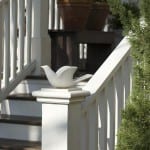 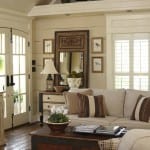 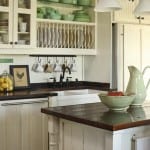 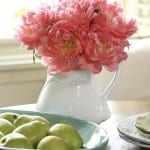 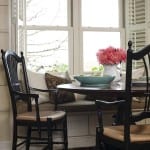 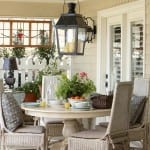 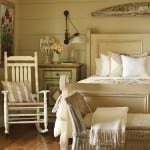 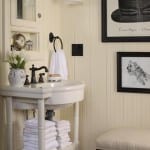 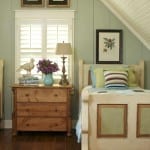 Within this open shell, Jeff and Stan used architectural elements to give the house the impression of age. They began by covering all the surfaces in wood—bead board for ceilings, one-inch by 12-inch planks for the walls, dark-stained heart pine for kitchen counters and hand-scraped oak for the floors. “That gave the house texture, and helped it look older and more rugged,” says Jeff. Extensive trim, moulding and corbels completed the surface treatments, resulting in what Jeff calls “a very finished look, even though it’s simple.”

They then scoured local flea markets and salvage sales to find vintage elements to incorporate. A newel post for the staircase came from a defunct 19th-century home; ceiling beams were reclaimed from a torn-down barn, and bathroom fixtures, doors and antique stained-glass windows were found in shops in Eureka Springs and neighboring cities. “They give the house some authenticity, since they’re the types of things that would be found in an older cottage around here,” says Jeff.

Despite the home’s size, Jeff and Stan made the rooms feel larger by painting all the walls a light-reflecting cream color, followed with bright white for the trim. Upstairs, in a portion of the attic they transformed into a guest bedroom, they added light blue as an accent color. “Being consistent and using a smaller palette of colors helped unify the house,” says Jeff. “It makes it feel a little larger and more open.” Furnishings followed suit, with a neutral range of tans and whites complemented by an occasional dose of blue and green.

As a final means of enlarging their living spaces, Jeff and Stan converted the back patio into a covered dining porch, giving them the option of entertaining inside or out. Now able to take in the view from the kitchen and living areas, or relax outdoors and admire the scenery, they agree that the cottage-size of their house adds to its comfortable atmosphere. “It’s just amazingly cozy,” says Jeff, “which is what cottage living is all about.”