Of the many things Connie and Larry Gulick loved about their early 1900s home in Russellville, the kitchen was definitely not one of them. A small room that had last been updated in the 1970s, their old kitchen had appliances and an avocado green color that were sorely outdated. And it lacked room for a dishwasher altogether, leaving Connie with the arduous task of hand washing plates after get-togethers with family and friends. 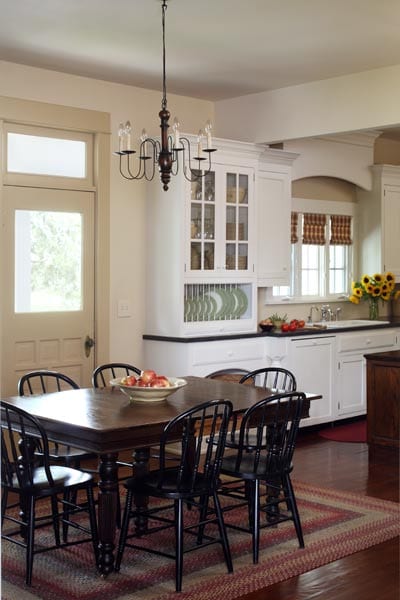 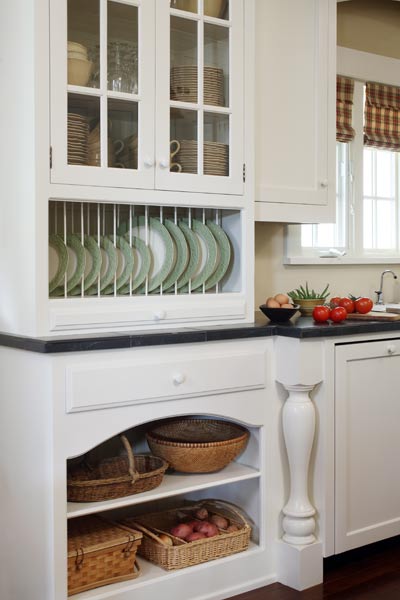 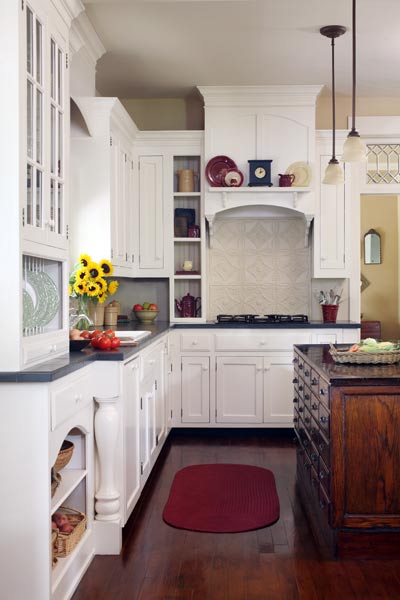 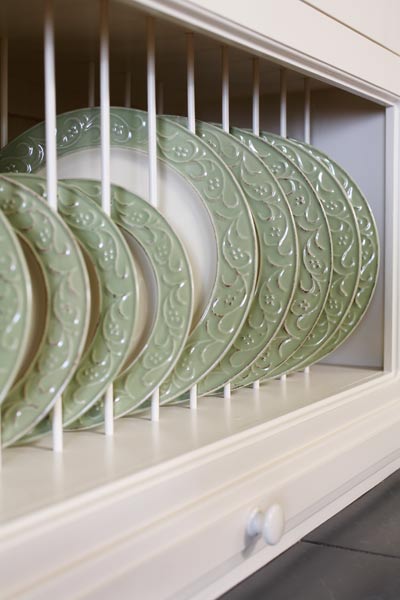 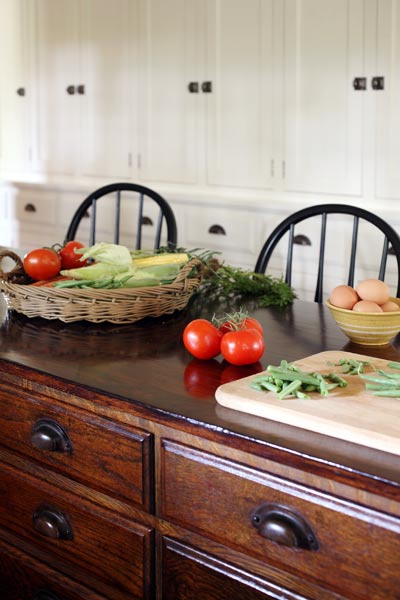 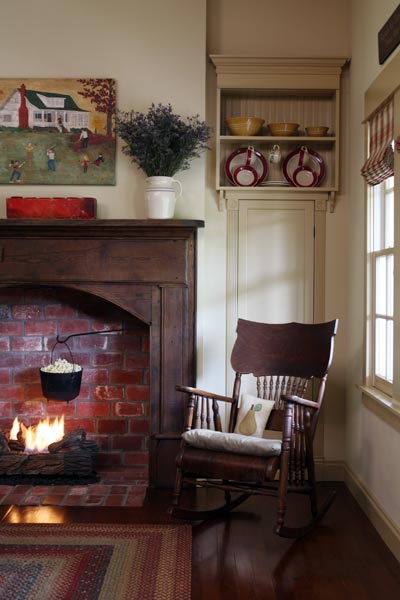 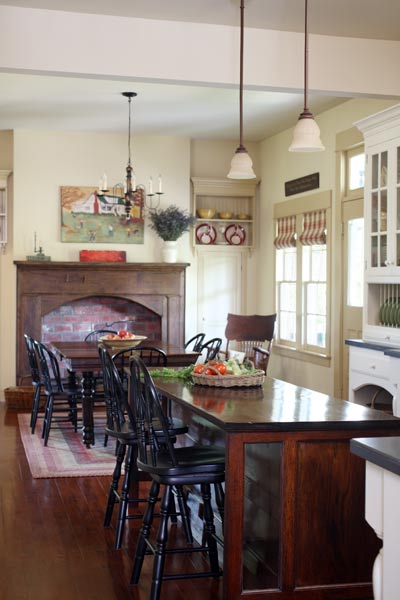 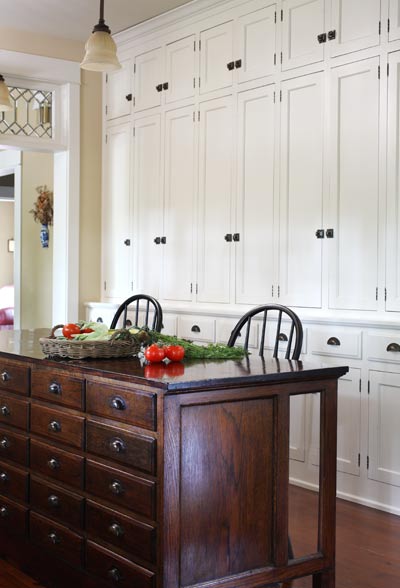 While the Gulicks’ desired a more efficient kitchen, they also hoped to create a space that would blend with the Colonial-style of their home. “I wanted it to look like it was always part of the house, not like it was a new kitchen with old cabinets,” Connie explains. The couple opted to add on, designing a long, rectangular kitchen with ample spaces for both cooking and dining, and including a fireplace as a gathering spot for friends and family. To execute their plan, they hired a contractor to put up the framework and then took on the task of finishing out the space. “We are total do-it-yourselfers,” says Connie.

Drawing inspiration from magazine tears she had collected and filed away over the years, Connie hired a cabinetmaker to install step-back floor-to-ceiling cabinets that span an entire wall. She painted them herself with a coat of primer and two coats of oil-based paint, no small feat considering the kitchen’s 10-foot ceilings. “For about a month, I didn’t have to think about what I was going to wear,” she says. “All I’d do was put on my painting clothes.” As a finishing touch, she added cupboard latches and flush-mount cabinet doors to complete their vintage style.

Connie found the large oak island, once a drugstore fixture, in an antique store located in Danville. It still had the original hardware and drawers on one side, and the Gulicks removed the sliding glass doors and shelves on the other side to make room for seating. For further authenticity, they cleverly camouflaged all of the appliances, including the refrigerator, dishwasher and microwave, behind cabinet doors. “Back when this house was built they didn’t have microwaves sitting on the counter,” Connie explains.

Salvaged architectural elements helped complete the look, including tin tile behind the stovetop and lead glass that Connie had specially cut to use as a transom window. The fireplace mantle and wood flooring were salvaged from old homes as well, requiring some extra effort to ready them for new uses. In the heat of the summer, the do-it-yourself couple set up shop in their backyard and pulled old nails out of what amounted to about three truckloads of pine panels, which they installed and stained. “It was a lot of hard work, but it was worth it,” Connie remembers. “I wanted the new floor to match the original floor in the house.”

While the now-complete Colonial-style kitchen may appear to have stood still in time, it offers every modern convenience needed for family and friends to gather comfortably.

A painting above the fireplace captures the essence of what Connie and Larry were trying to achieve in their own lives when planning their new kitchen. Painted by their son-in-law and depicting the Gulicks’ seven grandchildren playing in the front yard, it was done in the style of Grandma Moses, a folk artist known for capturing rural celebrations and daily life. Those simple moments, whether it’s baking cookies with her grandchildren or preparing a traditional holiday meal, are now more frequent. “I love having my family come home to visit and I like them to be comfortable when they come home,” says Connie. “And I love cooking for them.”