Subscribe Today
Home / Articles / The Boy in the Hat 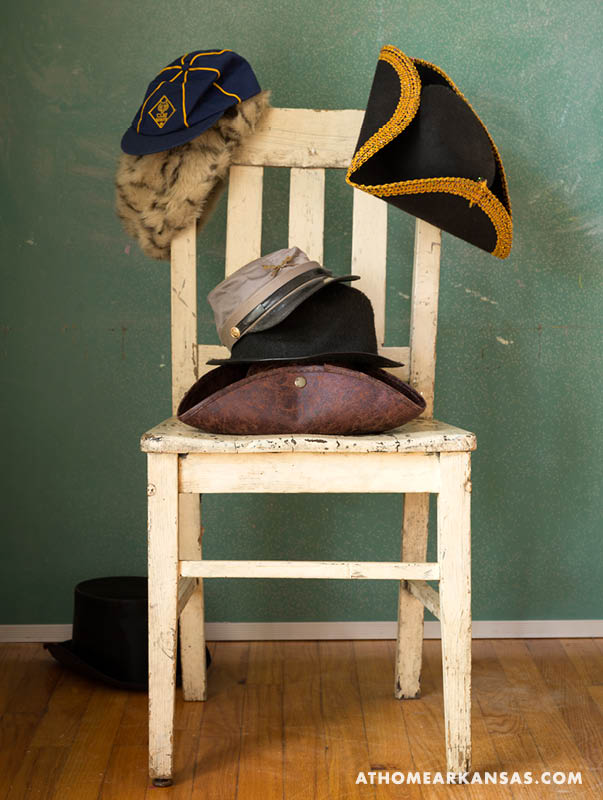 COLLECTOR Wylie Greer HOMETOWN North Little Rock HIS PASSION Hats of all kinds—from ball caps to tricornes HOW THE COLLECTION GOT ITS START Greer’s dad gave him a brown-and-white-striped fedora to wear to his first middle school dance. Perhaps because of the significance, this hat also happens to be his favorite. “It was my dad’s for a long time, so it’s got a personal connection,” Greer says. As with most collections, it grew from this one special piece. “I was always a big history buff, and so it just kind of started with costumes and different hats I found for those characters,” says the soon-to-be ninth grader.

WHAT’S IN THE COLLECTION Anything that appeals to Greer; no hat style is off-limits. Some are replicas of vintage or antique hats, such as the Three-Musketeers-style tricornes. There’s also a Cub Scout hat (which belonged to Greer’s dad) as well as a fur hunting cap, also known as a shapka, that was once worn by Greer’s great-grandfather.

WHERE HE FINDS THEM Greer loves to scour junk dives and thrift stores. He also gets a number of hats from theater productions, including the ones in which he participates, such as the recent production of Tom Sawyer at the Old State House Museum, where Greer played the role of Mark Twain. Additionally, relatives, friends, and neighbors are aware of Greer’s passion and often bring him souvenir hats from events and travels. 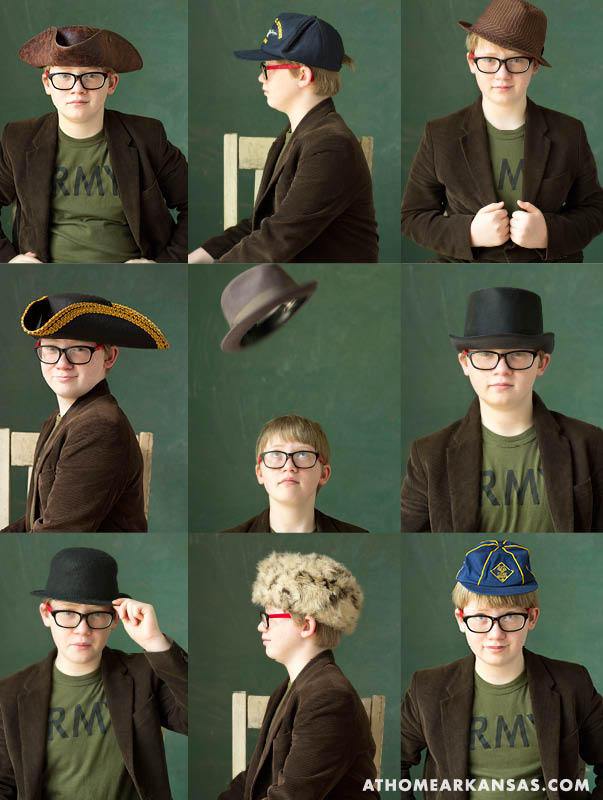