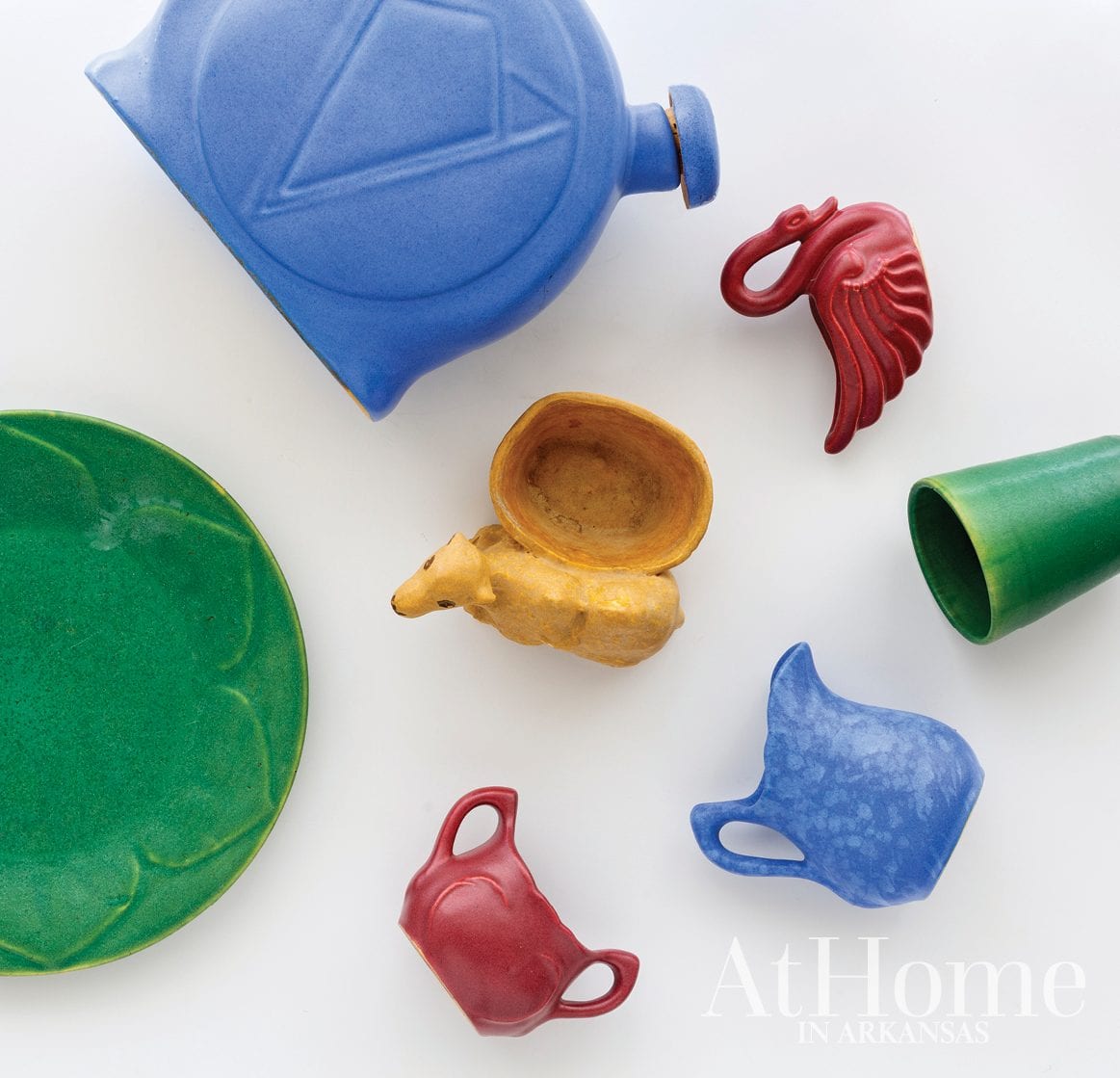 “Art pottery” refers to handmade ceramic pieces that rose in popularity during the early 20th century. In Arkansas, a line known as Niloak was produced in Benton. Made using the locally found Kaolin clay (which also gives the pottery its name, as Kaolin is Niloak spelled backwards), the pieces were first seen in 1910. The line continued to be made through the mid-1930s until the company moved into a wartime-production mode and eventually dissolved. Vases, cups, and planters in solid hues with either little decoration or in the shape of animals were produced alongside the company’s “Mission Swirl” pattern (not pictured), which has a marbled appearance. Identifying marks include everything from “Benton, ARK” (one of the earliest) to Niloak stickers. Today, earth tones and simple silhouettes have played a role in the pottery’s continued appeal. Start your own collection of Arkansas art pottery with Niloak and other brands, such as Camark and Dryden, by visiting local estate sales and vintage markets around the state and beyond.

Special thanks to Crystal Hill Antique Mall for use of these pieces for the feature.