CARTI Cancer Center’s recently opened facility in Little Rock not only meets the physical needs of its patients, but goes above and beyond with a design that is considerate of each person’s overall well-being 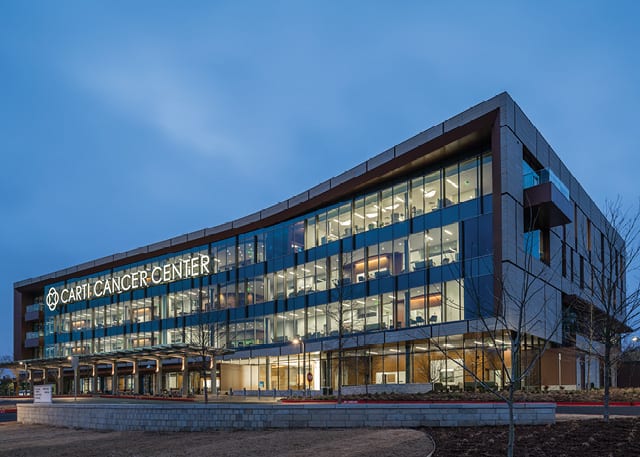 For decades, CARTI has been a leader in cancer care in the Natural State. Now, thanks in part to a newly constructed outpatient care facility in West Little Rock, the multi-doctor organization will be able to do even more to help patients who are in the fight of their lives. “We saw about 3,000 patients per year in the old center. We anticipate seeing 20,000 this year at our new site,” says Alison Melson, Vice President of Communication and Marketing at CARTI, in regard to the new building’s capacity. 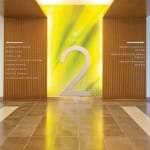 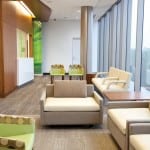 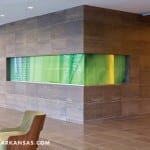 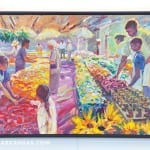 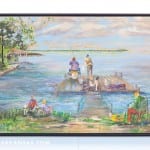 Square footage isn’t the only thing that is gained with the newly constructed building. There’s an intense focus on making all aspects of treatment easier and more convenient for the patients who visit each day. Melson notes that before starting construction of the building and the design work for its interiors, CARTI requested input from patients about elements they would like to have in the new center. For example, many people noted they would like to have space for loved ones to join them in the chemotherapy suites—a feature that was not previously available. Others requested a serene palette that would encourage calmness and relaxation. Each of these thoughts were taken to heart in the design process, says Brenda Smith, an Interior Design Principal at Perkins+Will, the firm that oversaw the architecture, site construction, interiors, and furnishings for the new center. 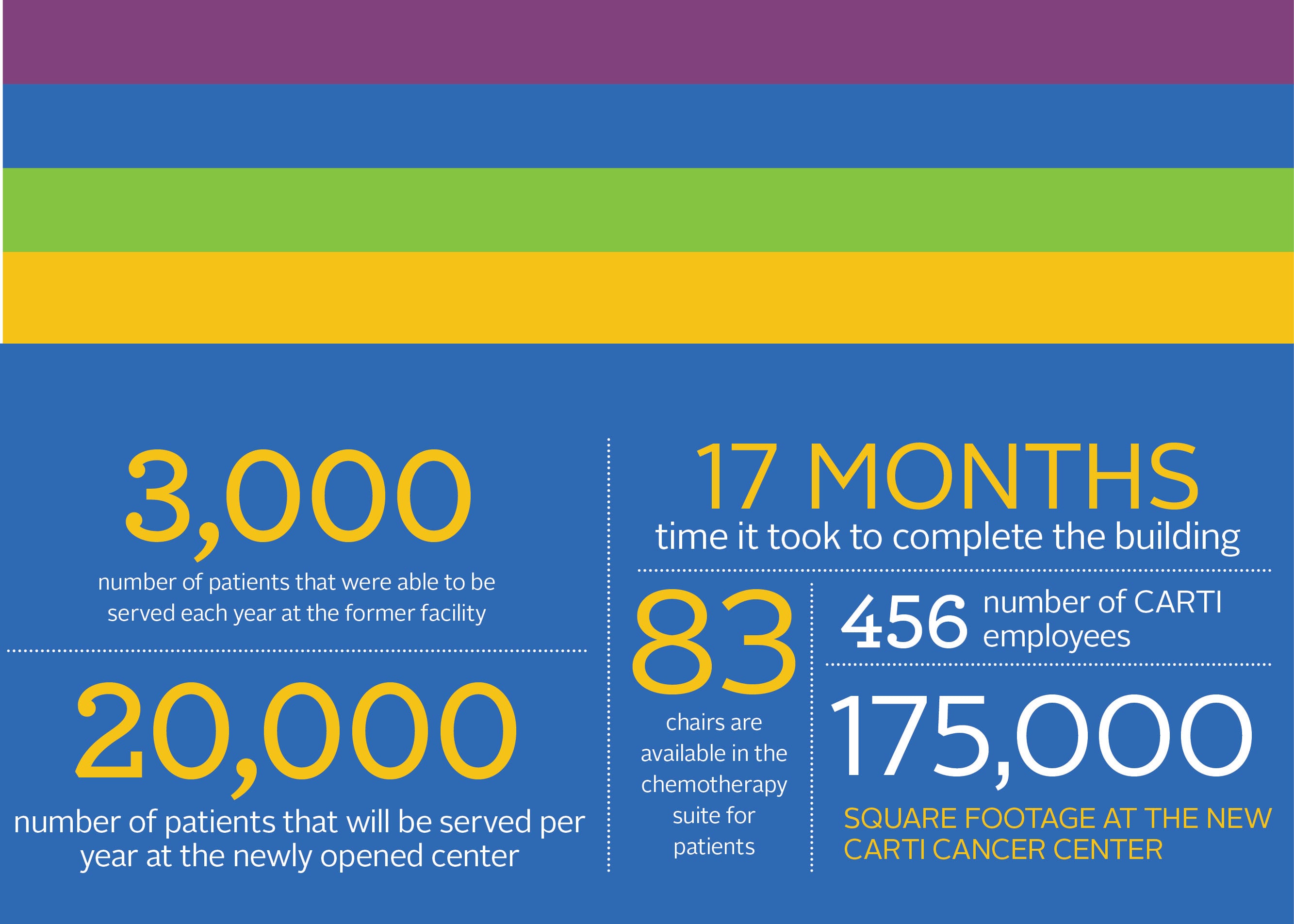 A local connection to the state and the site was also important to both those overseeing the project and the patients. To achieve this, Smith notes that the actual shape of the structure “celebrates the context of the site and is oriented in such a way that it embraces visitors and follows the natural terrain of the area,” rather than adhering to a pre-developed design plan. The natural stone seen in the building was also inspired by the location, and stones from local quarries were used to implement this feature in the design. Additionally, artwork by local artists, including Guy W. Bell, Rebecca Thompson, and Matt McLeod to name a few, fills the walls of many of the public spaces.

The four floors of the center are equipped with everything from the actual chemo treatment suites and exam and consultation rooms to a yoga studio, gourmet deli, educational resource centers, and a chapel. What’s more, each floor has a theme word and is color coded for ease of use as well as continuity and peacefulness. The words include care, hope, love, and heal and correspond to blue, green, gold, and purple coloring on the first, second, third, and fourth floors respectively. Additionally, quotes with words of encouragement from fellow CARTI patients fill many of the walls, while photographs featuring scenes around Arkansas are prominently positioned in exam rooms.

“When we are designing, we really try to think about the patients and their families,” Smith says. This sentiment is beautifully reflected in the new center, and is sure to continue to make CARTI Cancer Center a treasured resource for Arkansans for years to come.

40th ANNIVERSARY CELEBRATION
Join CARTI at their new facility for an official dedication of the building and grounds, as well as an open house where you’ll have the opportunity to view this state-of-the-art center for yourself.
Sunday, April 24; 2 p.m. – 4 p.m.